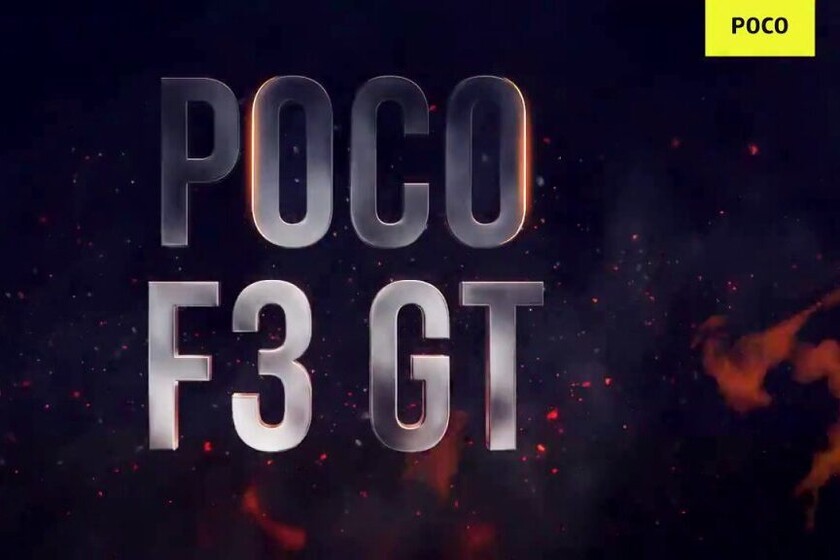 Little has managed to do what its parent brand, Xiaomi, a few years ago: revolutionize the mid-range of the android market. The oriental firm has managed to plant in the market two or three models that are practically irreplaceable due to their quality / price ratio and one of them, the Poco F3, will have a renovation in a few months to raise the bar even higher.

Along with the Poco X3 NFC and X3 Pro, the Poco F3 sets up a trio of ultra-competitive phones for really low prices for what they offer, and the latter is preparing to swap its Qualcomm brain for a MediaTek and raise the bar in the form of Little F3 GT for the third quarter of the year.

The future launch has been confirmed by Poco's Indian division, while confirming both the name and the processor that will be chosen for the device. In the third quarter of the year (from July to September) we will see the Poco F3 GT arrive on the market and it will be driven by the MediaTek Dimensity 1200.

Given that we have long waited for a 'gaming' edition of a Poco phone, and that the Redmi K40 Game Enhanced Edition set foot in China last April, it is possible that this Poco F3 GT will adopt some of its characteristics. Like the touch triggers on the side that would correspond to that 'Fixed and loaded, finger on the trigger' that the firm has used for its advertisement.

With the change of processor, the Poco F3 GT will leave behind the Snapdragon 870 of the normal edition to jump to the Dimensity 1200 but will maintain 5G connectivity, while raising the overall level of performance. Let's not forget that, despite the fact that there is some distance, the Dimensity 1200 is one of the main rivals of the Snapdragon 888 that moves most of the high ranges today.

Although we expect it for the third quarter, without giving a specific date, some sources rule out a launch for September so July and August are set as the most likely launch windows. We will be attentive to everything that happens about this future Poco F3 GT whose name and processor are completely official.