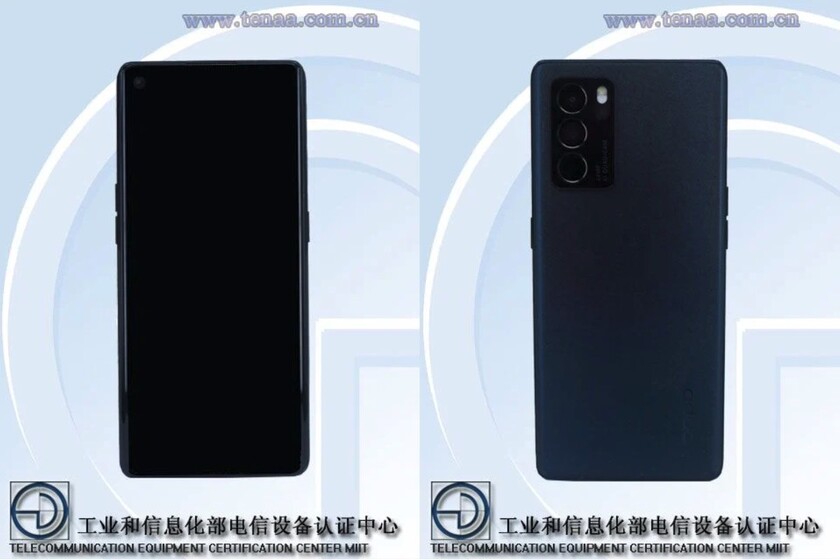 The pace of releases does not stop at nothing and manufacturers continue to adjust their catalogs for a more and more competitive Android market with each new season. One of the next shifts will come from the hand of OPPO that is already finalizing the launch of the sixth generation of its Reno terminals.

In theory we should officially meet them on May 22 in China, but there is still no launch date for the future OPPO Reno6. Two of them have just leaked, the two most powerful models reveal several of their characteristics when passing through TENAA, the Asian certifier. They are The OPPO Reno6 Pro and Reno6 Pro +. 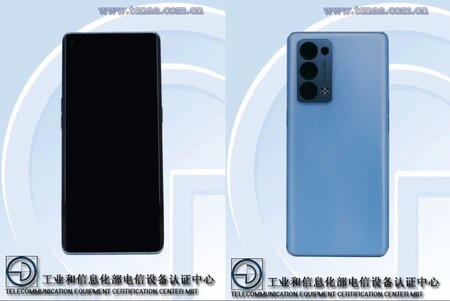 The mere fact of having already passed through TENAA anticipates a very close launch, because the certification in the TENAA is one of the last steps necessary for a mobile phone to be marketed in eastern lands. Now, the OPPO Reno6 Pro and OPPO Reno6 Pro + have passed through there and have let us see part of its interior.

The OPPO Reno6 ProFor example, it will have a 6.55-inch diagonal OLED screen with FullHD + resolution, apparently with curved edges and a hole for the front camera. It will have a 4,500 mAh dual battery with 65W fast charging and will arrive with Android 11 under ColorOS 11. In addition, it will carry the Dimensity 1200 at the controls, which anticipates 5G connectivity for it. A phone whose measurements will be 160 x 73.1 x 7.6 millimeters.

On the other hand, the OPPO Reno6 Pro + It will arrive with another 6.55 inches of OLED screen, again with FullHD + resolution and again with a hole for the front camera. It repeats the 4,500 mAh battery with a 65W load and also the presence of Android 11 under ColorOS 11, although this time the processor will be Qualcomm's Snapdragon 870, which also anticipates 5G connectivity. The Pro + will measure 160.8 x 72.5 x 7.99 millimeters.

As we have commented, the Reno6 Pro and Reno6 Pro + (and possibly the Reno6 without more surnames) should land in the Chinese market around May 22 but there is no confirmed date yet. OPPO's Reno series models are international so we hope to see them in our country to replace the current Reno5.