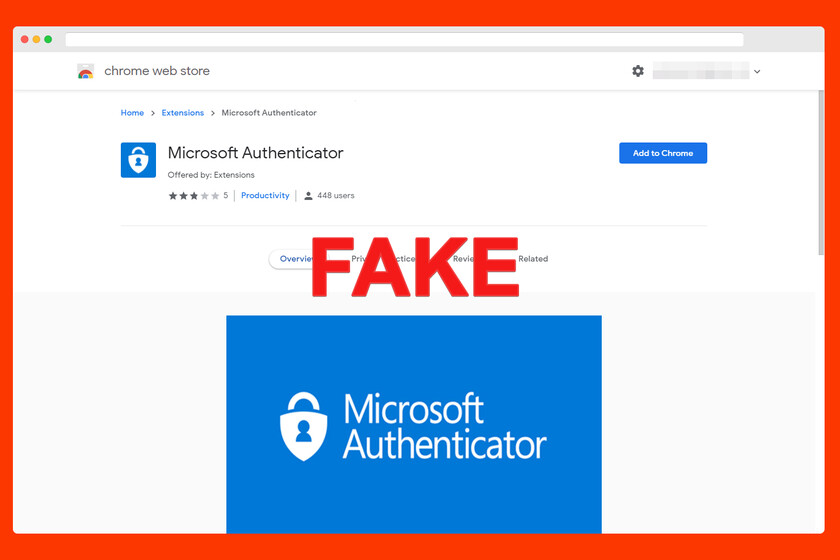 Now, if you go to the Chrome Web Store and search for "Microsoft Authenticator", the first result will be a fake extension that has nothing to do with Microsoft, but if you are not careful and do not read well, you will end up falling for a phishing scam and putting your data at risk. And this, sadly, is a common problem in the Google extension store. 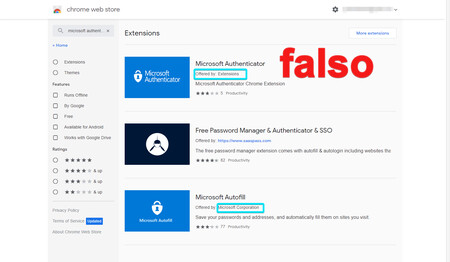 It is a bit ridiculous that the queen of Internet searches offers a search engine in its extension store that offers you the correct result in the last position. If you search for "Microsoft Authenticator" on the CWS, the first result will be this false extension, the second something that nothing has to seer, and the third is the correct Microsoft extension.

If you read correctly, it is easy to identify that the first extension does not come from Microsoft. It says "Offered by: Extensions", while the third says it is from "Microsoft Corporation".

If you pay more attention and read the reviews, you you can see quite a few users reporting the extension as fake and phishing scam and warning not to download it. We have also reported it, but it is still present in the Chrome extension library.

The eternal problem of poor security with Chrome extensions 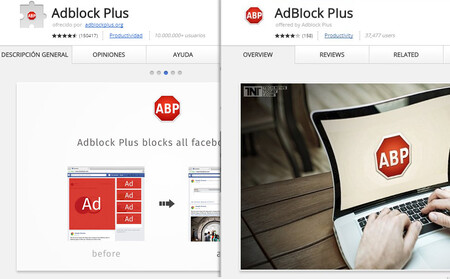 It's been more than three years since we talked about Google's plan to make the installation of Chrome extensions more secure, and the truth is that the company's own extension store is still one of the worst when it comes to controlling security of this.

In the past year alone, there were 32 million extensions downloads that were victims of a spyware campaign, despite the fact that the Chrome Web Store started demanding more secure extensions a couple of years ago, and they announced measures to kick malicious or low-quality extensions out of the store.

Unfortunately, right now it is still normal to find completely false and misleading extensions to commit phishing abuses, and this extension that we have found posing as Microsoft Authenticator is another example of this, as were those absurd extensions of free online movies, or clones Popular extension scams that amassed millions of users before being taken down.