the first brushstrokes of a great change 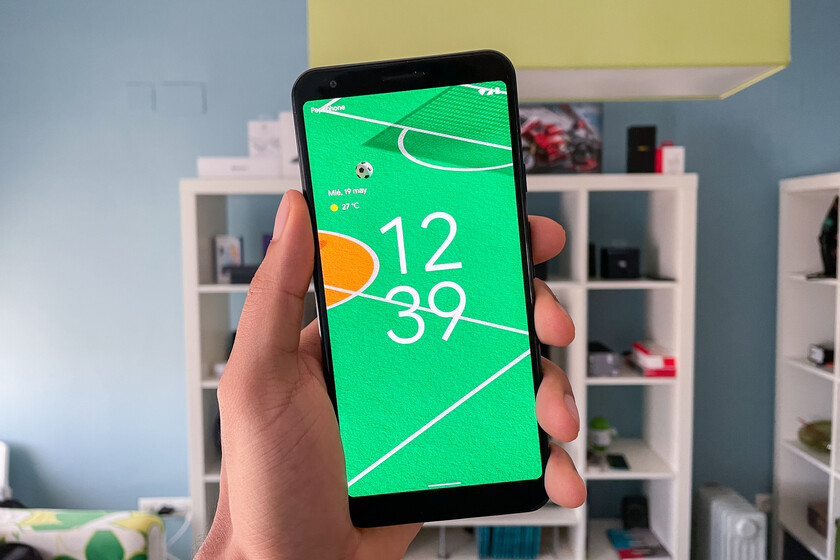 Yesterday, the Google I / O, the first beta of Android 12 was presented. With it, Google announced important innovations at the design level, functions related to privacy and all the great changes that will come to the new version of its operating system.

This first beta of Android 12 does not change much compared to the previous DP, although we started to see some sketches of 'Material You', the big design change that is expected for the final version. 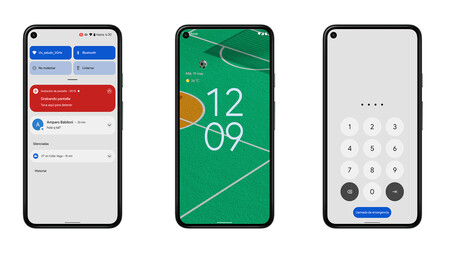 'Material You' is a change in the design language of Google products and, throughout the next betas, it will be implemented more and more deeply. In this first beta of Android 12 we have 'Material You' in various parts of the system, although its implementation is not complete.

We see it, without going any further, on the lock screen. Now when we remove the notifications from it, the clock changes position, being much more visual and striking. When there are notifications, the clock is at the top, below it the weather information and notifications with slight transparency. These changes also apply to the Always On Display. 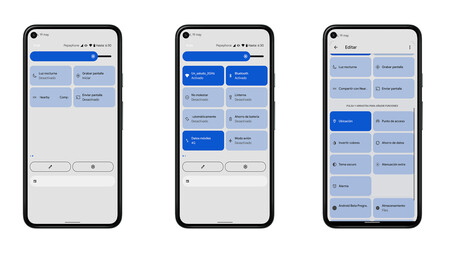 Where the presence of this new design language is also noticeable is in the notification and shortcuts panel. Although this panel is not yet complete, we can see the new design line. The brightness bar is at the top (something that does not help too much at the accessibility level). Right below it, we have the rest of the shortcuts.

In this beta 1 we are not yet informed about the apps that are using a microphone and camera. As Google showed in the I / O, from this shortcut panel we can revoke permissions to apps, quite an interesting function.

Left by the way customizable themes, since the customization section is identical to that of the other developer previews. In future versions the system will be able to extract the color of the wallpaper to create a theme with that color palette.

In short, These are the changes at the design level that Android 12 includes in its first beta.


A faster-running system and similar settings

Android 12 animations have changed slightly. Now they are even more cared for and feel faster. We still have a small bounce effect in the settings which is not convincingBut usually everything moves dramatically, even on our aging Pixel 3a XL. 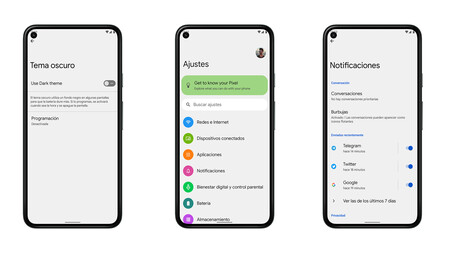 At the level of settings everything is still in place, and this first beta does not change too much. We now have a programmable dark mode, something already present in Android, but that was not available in this first beta. 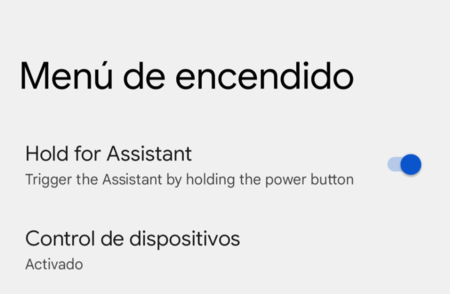 We also find a new function to make the Google Assistant be invoked with a long press. It is somewhat hidden within the power menu, but it is already fully functional. These are the changes that we have noticed in performance and small functionalities that were not present.

Little brushstrokes of a big change

Android 12 It will be a big change for Android, mainly at the level of design and privacy. If you want to install Android 12 on your compatible mobile we have a complete guide, although being a beta version it may be worth the wait.

Over the next few weeks and until September, when the final version is expected, this version will be refined little by little, until we see it in its final form on the Google Pixel 6.