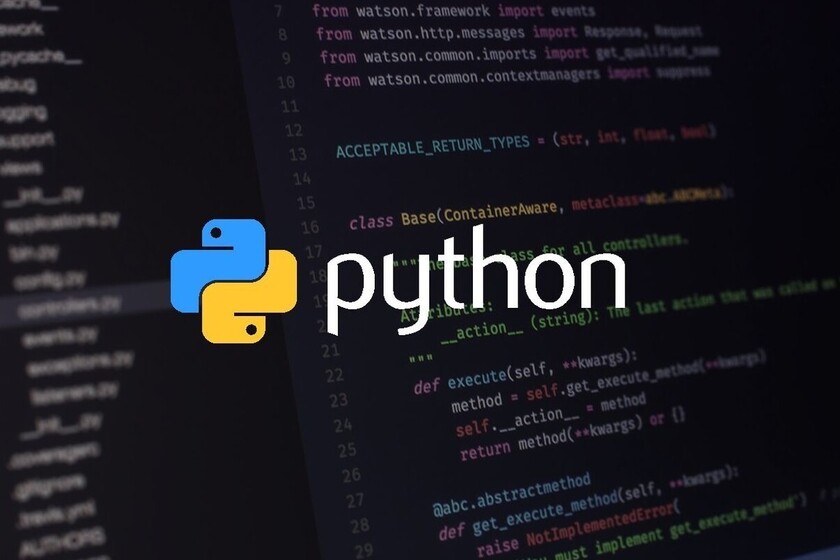 A few days ago we were talking about Pyston 2.2, an implementation of Python 3.8.8 that promised to be up to 30% faster than Python on web servers, according to benchmarks measured by its creators. According to its creator Kevin Modzelewski, Pyston removes "many of the little-used debugging features that Python supports."

Now Guido van Rossum, creator of Python, which has long been the most popular programming language by various metrics, says that want to make their creation twice as fast. Despite its popularity, it is not even a small matter, since this "slowness" is causing implementations like Pyston to emerge, or not being an alternative in many cases to C ++ due to speed needs.

We will have to wait for Python 3.11 to see if the speed improves

As pointed out in ZDNet, Python 3.11 will be the version that will bring the changes that Guido van Rossum talks about. To do this, as they explain, we will have to wait for the pre-alpha of Python 3.11.0, which is expected in May 2022. For the pre-release version, however, we will have to wait three years, to 2024. With the 3.11 branch, two other versions will coincide in development, such as 3.10 and 3.9.

Currently, van Rossum is working on Python, but from within Microsoft, where he arrived after "getting bored" with his retirement. This generated some controversy, but it has served to Microsoft Contributes $ 150,000 Sponsorship to the Python Ecosystem for the Python Software Foundation (PSF) this year. 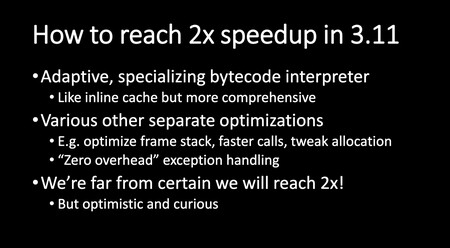 The Microsoft team dedicated to Python development is made up of van Rossum, but also Eric Snow and Mark Shannon. All three collaborate with Python developers, and they do not raise forks that give headaches to the community.

In his presentation on working on CPython, he claims to be far from being able to assure that they will get to double the speed by twice, but they are optimistic. This happens, according to the creator of the language, for not breaking stable ABI compatibility, or breaking limited API compatibility ", as well as a bet so that the code remains" maintainable ".

Those who will benefit most, according to van Rossum, will be users of intensive tasks based on pure Python code, users of websites made with Python, and users of tools that use Python, so that, if they arrive, the improvements would be far from being only on the developers' side.