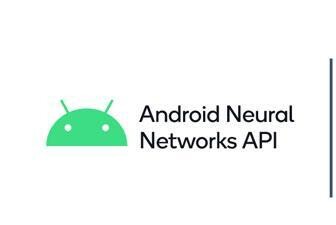 Processors, like any other component of our mobile phone, is updated over time. The problem is that the deadlines tend to be extended because some of the main updates, such as those of the processor, have to come through the source code of the system. Namely, the processor does not upgrade until a specific patch is released, and it is a very slow process.

However, Google has long been able to get certain manufacturers to take a step forward in terms of integration and bring part of their software to Google Play, so that it is the Google platform that delivers it. The next will be Qualcomm. The North American firm has confirmed that your NNAPI neural network system will be updated via Google Play, and will begin to do so this year.


Smarter and more powerful processors with every update

Although not all the processors in the Android world are made by Qualcomm, just take a look at the quotas of the different manufacturers to realize that there are many, many Snapdragon chips roaming the Google operating system ecosystem. And now Qualcomm has found the solution to update them (many of them, not all) in a much more agile way.

This time we are not talking about security patches to correct errors but about updating the API for neural networks contained in Qualcomm processors a few years until now. This API is the one that is responsible for activating the artificial intelligence code processing in Qualcomm processors, and now it will evolve in a faster way and reaching a greater number of terminals.

Google and Qualcomm will start offering regular updates of NNAPI drivers from Google Play so that updated processors continue to evolve in performance. In addition, these updates will be independent of the maintenance that the mobile phone manufacturer does or does not do on the device, thus considerably expanding the number of recipients of the improvements. If your phone updates little and late, your processor will keep doing it at a good pace for a long time.

As we have said, both Google and Qualcomm have announced that these updates for the NNAPI will arrive from Google Play on a regular basis, although it has not been announced when the process will begin. It is known that it will be throughout 2021 but without a specific date. Therefore, it only remains to wait for the process to begin and we know which processors begin to gain more power and efficiency as a result of these periodic updates.