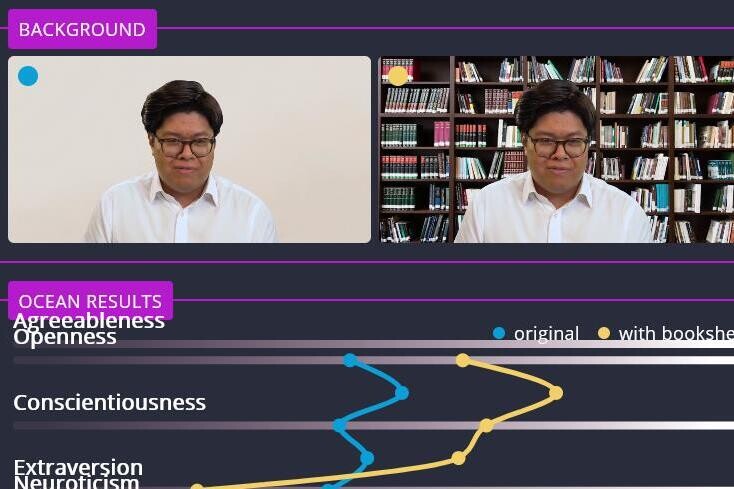 Objectivity or bias. These are two important issues of the infinite debate on artificial intelligence, its efficiency, and its ethics. This debate that has never been closed, has been quickly resumed today on Twitter by the hand of the user @fasterthantimeline that managed to raise the voices of many other users with a simple question.

Returning to an intense theme from last February, he asked again "once again" that who has called machine learning what he considers should be called "bias automation" or automation of bias. To do this, recall a study that shows that the use of artificial intelligence in job interviews can be fraught with bias.

Many times racial. Other aspect: the simple use of glasses to see change the opinion of the software about the same person saying the same thing than that same one without glasses. Even the decor makes big changes to the final ratings. A simple shelf behind you in an online interview can make an artificial intelligence program consider you much more open, aware, friendly and outgoing than someone who gives the same interview with an empty wall behind.

If she wears glasses, she is less responsible and more introverted


This happened with the software of a Munich-based start-up that had received a lot of financial support from investors because its service managed to attract their attention, according to the study. This promises to analyze tone of voice, language, gestures and facial expressions and creates a behavioral profile of personality.

However, as can be seen in the style, the same person with extra accessories such as a headscarf or glasses, conditioned the final evaluation of the system. For it, a woman named Stefanie, did the same interview with different accessories.

The software uses the so-called OCEAN model that analyzes the following personality traits that can evaluate a person: Openness, Awareness or responsibility, Extraversion (comprising empathy), Sympathy and Neuroticism (or emotional range, that is, the magnitude to which a person's emotions are sensitive).

As you can see in the following image, a person who wears glasses is considered less responsible (that is, the tendency of a person to act in an organized or meticulous way) than who does not need glasses. She is also seen as more introverted. 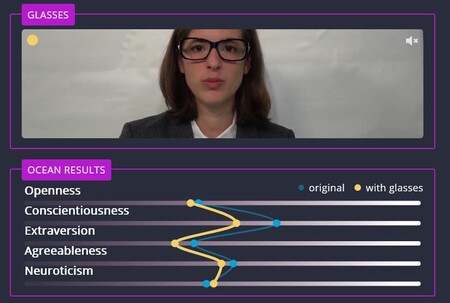 On the other hand, if Stefanie herself wears a headscarf, as you can see in the following evaluations provided by the software, it is considered more open, outgoing and friendly. 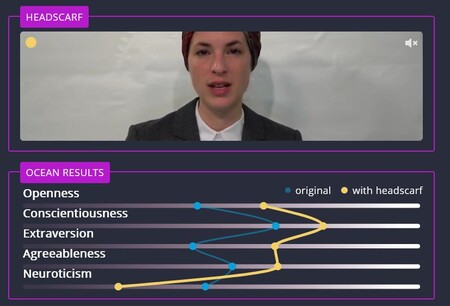 "We did not expect to see these results by simply changing clothes," say the reporters. Why accessories, such as a headscarf or glassesshould they matter when assessing personality?

They also named the actress a wig, they combed it with bangs on the forehead, they changed her blouse and her jacket. And opinions of the software changed as these little nuances of Stefanie's physical appearance changed.

What's more, the actress also repeated the test several times always with the same style and there the parameters of his supposed personality, according to the artificial intelligence system, they did not change anything.