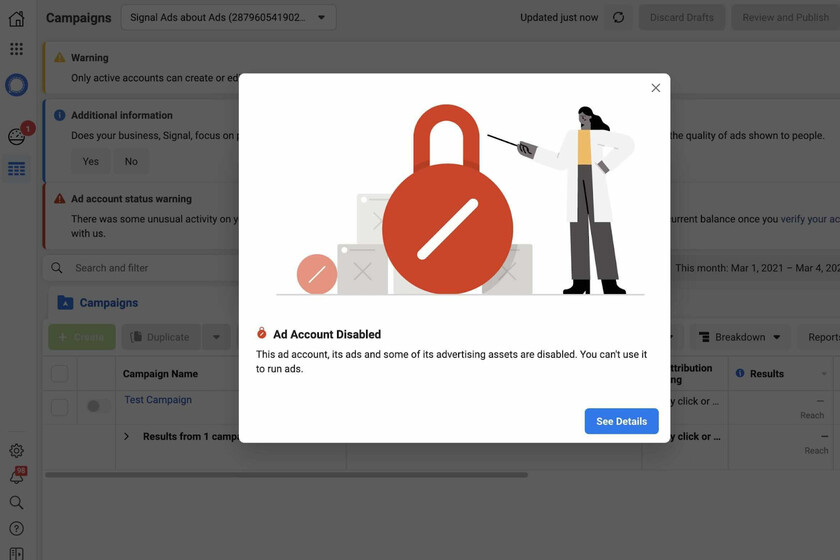 You are seeing this ad because you are a teacher, but the most important thing is that you are a Leo (and single).

This ad used your location to know that you are in Berlin.

You are vegan or lactose intolerant and have been enjoying yoga a lot lately.

At Signal, they wanted to troll Facebook and created an advertising campaign for Instagram that would show how much the company knows us in a very clear way, with very specific and non-abstract data so that the level of detail of the information it stores would be obvious. the social network. Facebook did not like it and they even banned their account. 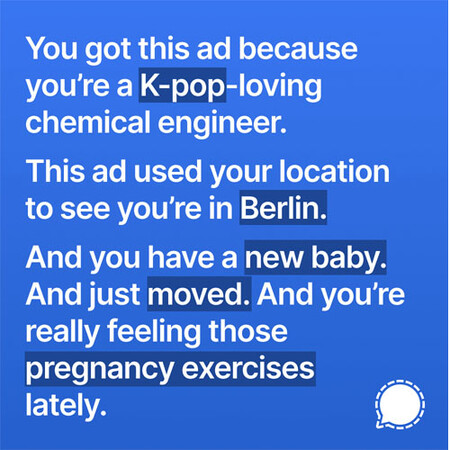 "You see this ad because you are a chemical engineer who loves K-pop. This ad used your location to know that you are in Berlin. And you have a new baby. You just moved in. And lately you are feeling those prenatal exercises a lot."

One of the worst kept "secrets" on the Internet is all the ways Facebook spies on us and the data that it collects about us to sell advertising. Mark Zuckerberg's company does not stop collecting information, monitoring not only what we do on Facebook, but with other apps, on other websites, and even does it when we are not even Facebook users.

However, the level of detail with which the machinery behind all this tracking manages to create a profile of you is something that most people miss. At Signal they wanted to use Facebook's own tools to expose this in their own ads, but apparently, according to their blog this is not only not possible, but trying is enough to suspend your account. 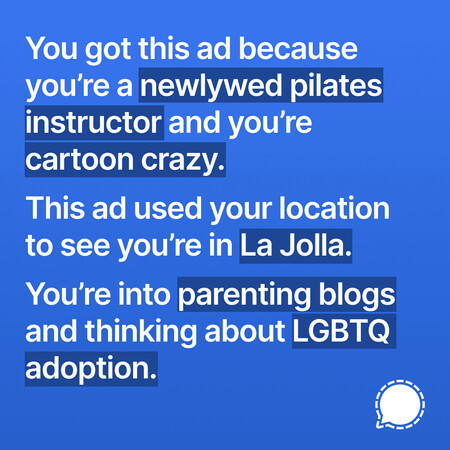 "You are seeing this ad because you are a newly married pilates instructor who loves cartoons. This ad used your location to know that you are in La Jolla. You like parenting blogs and are considering LGBTQ adoption."

In Signal they explain that they created a targeted campaign with multiple variants designed to show the personal data that Facebook collects about the user and to whom it sells access. "The ads would simply show some of the information collected about the viewer that the advertising platform uses."

"In the world of Facebook, the only acceptable use is to hide what you are doing from your audience"

The examples are self explanatory but you will never see them because Faceboook banned them. For Signal this simply means that Facebook is more than willing to sell visibility into people's lives, unless it's to tell people how their data is being used. "Being transparent about how ads use people's data is apparently enough to get you suspended".

In Signal they also obviously have their own reasons for doing this: they have been trying for years to combat the use of WhatsApp and the other Facebook messaging apps, in favor of the use of more private tools such as Signal itself. They are a company that does not live on advertising like Facebook or Google.