'Play something' from Netflix comes to Android phones: this is how it works 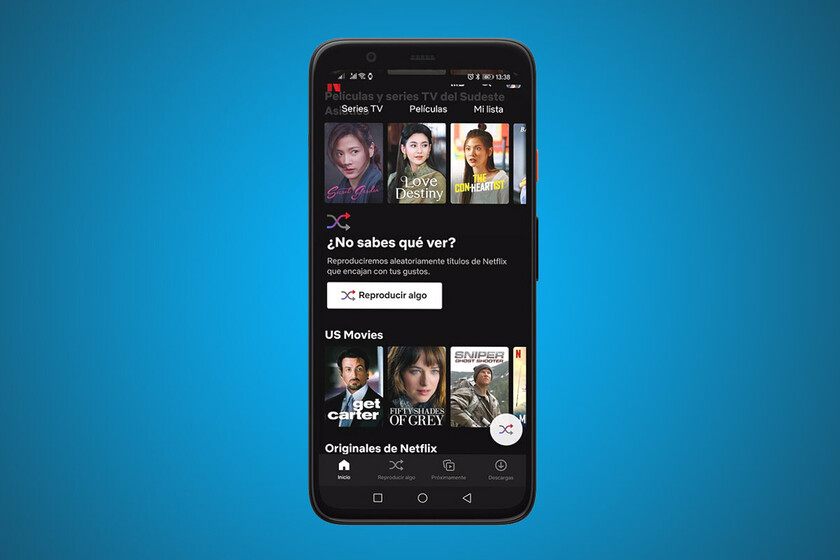 Last year Netflix began to test random playback, something like I'm going to be lucky from Google, but applied to the choice of what to watch on this streaming service. It premiered on Netflix for TV, and now comes to Netflix for Android under the name 'Play something'.

As the name suggests, Playing something is basically a way of let Netflix choose what to watch Or, at least, suggest things that may interest you until you get the suggestion right. We tell you how it works.


Put something on Netflix

The Netflix catalog is full of nooks and crannies and can be overwhelming at times. If you frequently find yourself scrolling through the list of Netflix movies and series and you never decide to start playing anything, Play something may be the button you were waiting for.

After testing it on televisions, Play Something has now reached mobile phones, starting with Android. The button is practically ubiquitous and you will find it as floating button, on the bottom bar of the application and from time to time, when scrolling vertically through the catalog. 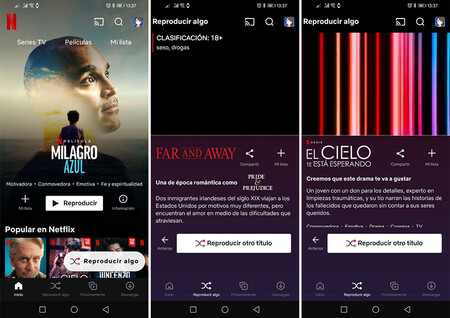 When you press the button, the information window of a movie or series that Netflix thinks may interest you opens. The title starts playing automatically and is included the synopsis and the reason why you think you might be interested. For example, because it looks like another movie or series you have seen, because you have it on your list or because you have consumed content in the same category.

If the suggestion interests you, you don't need to do anything else, as it begins to reproduce. If you are not too excited, you can press Play another title to get a new suggestion on this kind of zapping which is not really random, but based on the profile that Netflix has of you.