Microsoft's cloud game is going strong, but with a lot to improve in the browser 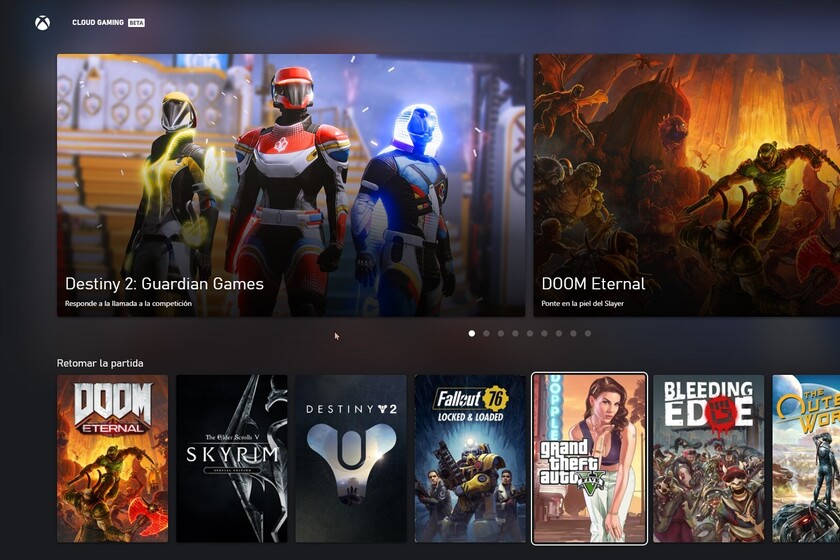 Xbox Cloud Gaming, also known as Project xCloud, is Microsoft's cloud gaming platform that reached iOS and Windows 10 in private beta at the end of April. In Genbeta we have had the opportunity to test the service that is part of Xbox Game Pass Ultimate, and we want to talk about the experience it offers so far, and in particular how it compares with what would be Google's Stadia that also we can use from a desktop browser like Edge or Chrome.

In the same way as other cloud gaming platforms, xCloud offers the advantage of allowing play all kinds of video games regardless of the power of our hardware since everything is processed by Microsoft servers. All you need is a remote and a good internet connection that can handle all that data transmission. 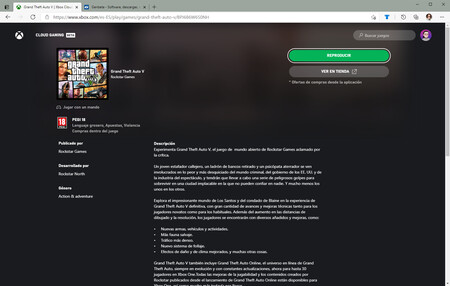 The main difference between something like Xbox Cloud Gaming and Stadia, or even other options like GeForce Now, is that Microsoft's xCloud is just one more part of the entire battery of services offered by Xbox Game Pass Ultimate. This subscription from Microsoft offers access to more than 100 games, either to install on your Xbox console or Windows 10 PC, or to play in the cloud on Android devices.

The novelty is that the game in the cloud is now also compatible with iOS and with your browser on Windows 10. The only other service that offers this is Google Stadia. The difference here is, that while with xCloud your subscription of 12.99 euros per month includes a library of more than 100 games, Stadia Pro subscription costs 9.99 euros per month and currently has less than 30 games. While you can use Stadia for free, you have to purchase the games separately.

In terms of games, Xbox Game Pass also has the advantage that it includes Microsoft Studios' own catalog, which is huge, one that now also includes games from Bethesda itself, so the xCloud game library will be constantly expansion, and promises us loads of triple-A to play even from launch day. In quantity and quality of the games, Microsoft is simply very good..

How to play with xCloud in the browser 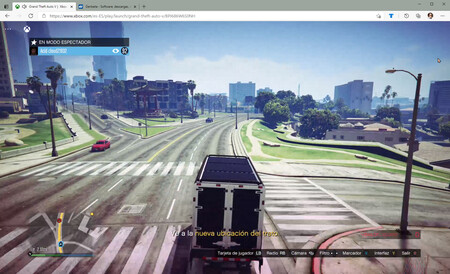 GTA Online on xCloud for Windows 10

It is important to note that Xbox Cloud Gaming is in beta, and therefore, it is not a finished and ready service for all the public, however, from the beginning we can say that needs to improve a lot in some respects, especially in visual quality.

I had already tried xCloud on an Android mobile before, but for the size of that screen, the resolution scaled more than well and it is difficult to notice too much loss. Now, when we go to the big screen of a computer, the deficiencies are very noticeable, although this will always vary depending on the game.

However, with a symmetrical 600MB connection, connecting your computer via network cable, and following Microsoft's advice to keep only the Xbox.com tab open for the best possible results, the visual quality in all games is quite low, especially when compared to Stadia, Google's service offers a much more detailed image by far.

One of the best-performing games in our tests was Doom Eternal, which for an extremely frenetic game maintains a framerate decent enough so you don't end up nauseous. Yes indeed, latency issues will drastically reduce your shooting and aiming skills.

The delay between the time you press a button on the controller and the time that that action is completed in the game is miniscule in this game, but due to the type of game it is annoying enough that it takes away the desire to play if you are used to the console experience or, worse still, PC. In addition, there is another detail that can annoy FPS fans and that is that you can't play with keyboard and mouse.

Xbox Cloud Gaming from the browser does not support the use of keyboard and mouse, you need a controller for all games

Also we tested various online multiplayer games, like Destiny 2, Fallout 76, and even GTA Online. Most of the loading time you spend waiting is practically the same as on a next-generation computer or console, and has more to do with the game servers than the platform you are playing on. Now the gaming experience as such is pretty poor.

If you are not very demanding, if you do not want to play any shooter at a competitive level, and if you are not bothered by a resolution that never seems to stabilize at 1080p in these types of games, you can play relatively comfortable, but you just notice that the service is green .

In addition to these, we also tested a couple of racing games: Forza Horizon 4 and Dirt 5, and this was perhaps where we had the worst experiences. Both visual quality and latency and framerate They left a lot to be desired.

In a game like Forza Horizon 4 that looks spectacular on PC or Xbox One / Series, the image quality presented with xCloud is devastating. Dirt 5 does not suffer so much in that regard, but latency is a very strong problem when braking and taking any curve, you are always half a second late and losing because of the platform ruins the game for anyone.

The visual experience is better in indie games with less realistic graphics. We tested a few titles like Narita Boy, Dead Cells, and Hollow Knight, and while all three look more than good, latency issues are being felt again.

These are all some 2D platform style where jumping, attacking, and moving fast is essential, and simply you feel that the character is not reacting with the necessary immediacy when pressing the buttons on the controller. 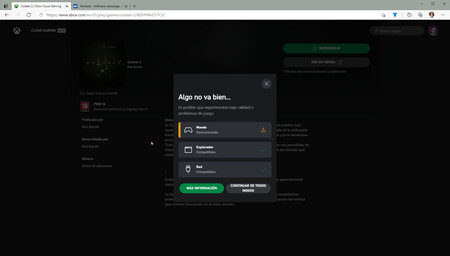 Today, I would not really recommend almost anyone to use this platform. The experience just isn't good enough to do justice to the huge and beautiful catalog of video games available.. This is where Xbox is outpacing its competition: games.

The xCloud library is excellent, and the reality is that this library of games is the real service that Microsoft is selling with your Xbox Game Pass Ultimate subscription. That in the future that same monthly payment will give you the possibility to play your games on any computer regardless of the power of the hardware, is just another additional benefit.

Now, for those who were waiting for the level of performance that Google has managed to achieve with Stadia, there is still a wait. In quantity and quality of games, Microsoft is far ahead, but for now, xCloud from a desktop browser is a service that needs a lot to improve. It makes sense that it is in private beta and that it continues to be fine-tuned little by little. Hopefully when the platform is ready for the general public, these problems will be gone, or at least the experience has improved a lot.