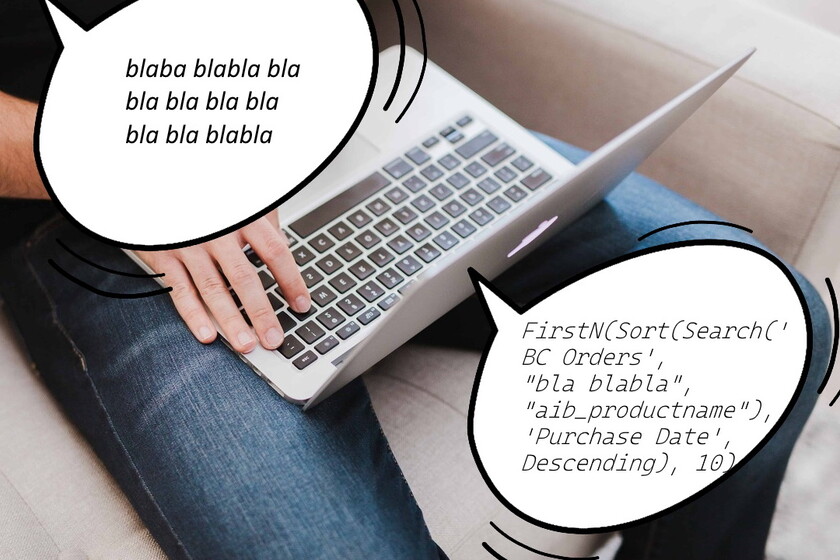 One of the great news from Microsoft Build —The Redmond company's developer conference— this year is ... GPT-3, the famous artificial intelligence developed by OpenAI capable of understanding and generating text in natural language.

And it is that Microsoft aspires to use this popular example of the power of AI, which runs on its own cloud computing platform (Microsoft Azure), to help solve "real world business needs on an enterprise scale."

To do this, he has decided integrate GPT-3 with Power Apps tools, Microsoft's low code development platform, will allow its users to create applications using natural language (not code), which opens a whole range of possibilities to users without programming knowledge.

This integration will begin to be available to English-speaking users in North America from the end of June.

Last year, OpenAI released an API powered by Azure which allows developers to explore the capabilities of GPT-3, and that has already allowed the creation of all kinds of applications: from those dedicated to writing poems and tweets to answering Trivial questions or creating WordPress posts.

But there were still doubts about its usefulness to satisfy business needs real. Doubts that Microsoft seeks to clear now.

Microsoft maintains an agreement with OpenAI by which it collaborates with them in the development of AI technologies and, in return, those at Redmond get a license to develop part of the code developed into their own products.

In this case, the Power Platform development team was working closely with Azure AI to train a GPT-3 model capable of translating between natural language and Power Fx expressions.

The fact that these expressions are predefined makes the unwanted results much less likely than if we asked the AI ​​to provide the answer to an open question.

Even so, GPT-3 will return multiple Power Fx formula suggestions to the user, so that the programmer can choose the most appropriate one based on the desired result.

What exactly is the utility of this GPT-3 integration in Power Apps?

According to an example proposed by Microsoft itself, this new function will allow an employee to create an e-commerce application using only conversational language like "find products whose name includes 'for kids'".

Said instruction will transform into a Microsoft Power F formulax, the open source programming language based on MS Excel:

Being based on Excel, using Power Fx is much easier than the average programming language, but building complex data queries still requires a steep learning curve from the user: GPT-3 integration seeks precisely to help the user to overcome this obstacle.

"Using an advanced AI model like this can help make our 'low code' tools accessible to an even larger audience by actually becoming what we call 'no code'."

"It will allow people to query and explore data in ways that literally couldn't be done before. It will be a magical moment."

It may be an exaggeration to call it 'magical', but we can understand the progress it represents for the inexperienced user I can now change an instruction like

… For another in plain language like "Show me 10 orders that include 'stroller' in the product name and sort them by date of purchase with the most recent at the beginning".

That said, from Microsoft they make it clear that this new technology does not replace the need for someone who understands the code that is being implemented, but seeks to help those who are learning the Power Fx language to choose the appropriate formulas to obtain the result they need:

"This is not about replacing developers, but about finding the next 100 million developers."