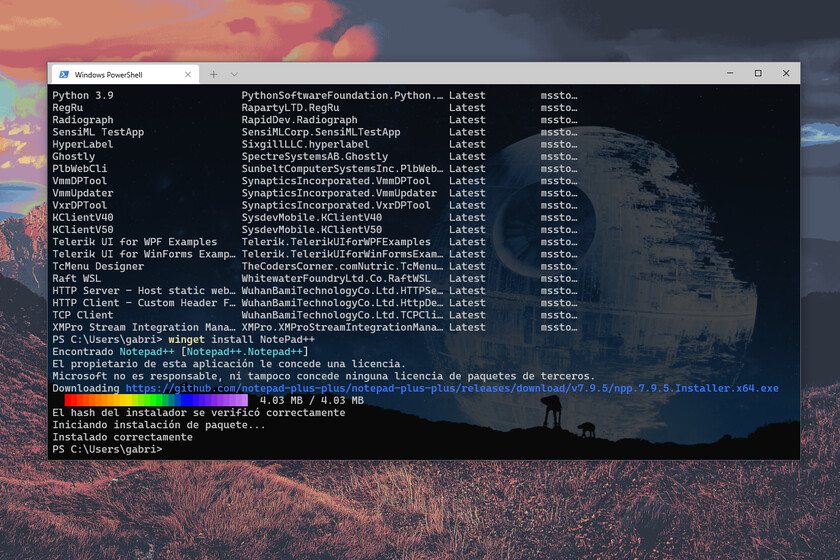 One year has passed since the official release of winget or Windows Package Manger, the first Windows 10 package manager, a tool that allows us to use commands from the terminal to install applications quickly and easily, in the purest style of your favorite Linux distro.

Winget is an open source tool whose code is available on GitHub, and the goal for May 2021 was to officially launch version 1.0 and they have achieved it. Although the project is still in preliminary version, much has changed and improved in this time, especially at the level of increasing the number of commands available.

Installing and updating all your apps is easier than ever 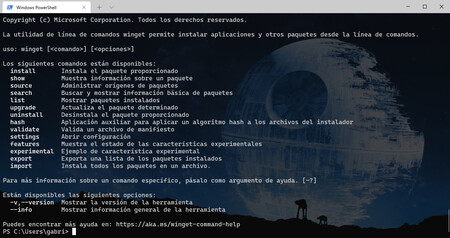 Out of the mere six commands that winget was initially launched with, we've moved on to 14 different options with version 1.0, including the "commands.upgrade","list", Y "uninstall"that allow update, list or uninstall all apps automatically.

We also have command options like "settings"to show the settings by opening the .JSON file, where you can do silly things like change the progress bar to a rainbow, to more serious things like turn off telemetry.

Other interesting commands with Export/Import to export or import the list of installed applications. The official repository has also grown enormously and has also been including apps from the Microsoft Store for some time. With the command winget search you can see the long list of all available packages.

How to install and use winget 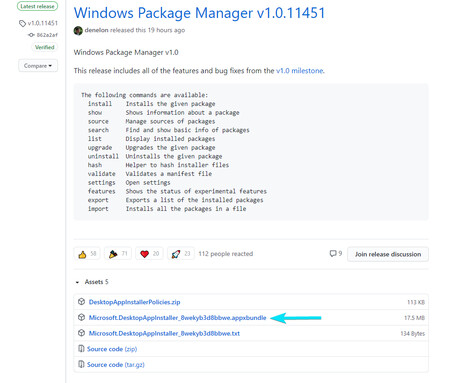 The only current requirement to use winget is to have Windows 10 1809 or later version. The next thing is to download the App Installer package from GitHub. You get it in this link and the name of version 1.0 is Microsoft.DesktopAppInstaller_8wekyb3d8bbwe.appxbundle
.

Whether you are going to update to version 1.0 or install for the first time, the process is just as simple, you just have to continue installing the package and once finished, you can use winget from the terminal of your choice: Windows PowerShell, the Symbol system, the new Windows Terminal, or the third-party client of your choice. 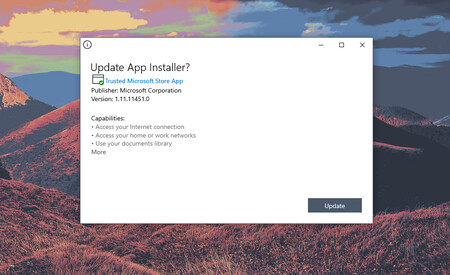 In order to show available commands, once the terminal is open, you just have to type "winget"Installing an application is as simple as typing."winget install nombredelpaquete"For example, you can use"winget install vlc"to install the VLC player.

You can use "winget upgrade --all"to update them all at once, or you can choose just one application to update, for example:"winget upgrade vlcObviously you will have to press the corresponding "next" when the program is installing a new version, but it saves you from having to go and find the latest version by hand yourself.

If you don't want to deal with the commands yourself, or browse the endless, non-visual package list, my recommendation is to use Winstall, Winget's unofficial graphical interface to choose programs in one click from a nice website, and then install them in Windows 10 with Winget with the same speed and automation, but with much less work.