A new pack for KWGT takes the redesigned widgets of Android 12 to any other version of Android above 5. This pack includes 12 widgets with the design, aesthetics and functionality of the latest beta of the system.

With the release of Android 12 in its beta version, many design elements are worth its aesthetic evolution. The touch of Material You is greatly appreciated, that evolution of the design language in Google now looking for automatic customization. In fact, this customization is especially appreciated in the widgets of Android 12. And the best thing is that they can be tested in other versions of the system thanks to a new package for KWGT.


If you already have KWGT, try the Android 12 widget pack

The KWGT widget app, short for 'Kustom Widget Maker', is a Swiss Army knife when it comes to add a 100% personal look to any Android. Its widgets allow literally anything; with the option to adapt designs from other mobiles, and even iOS, just by installing a custom package. This is the case at hand.

Android 12 Widgets is a neat package for KWGT that takes Android 12 widgets to any Android version 5 and later. The package consists of 12 pre-defined elements that offer identical aesthetics, design and functionalities to those obtained after the installation of the latest beta.

To install the aforementioned widgets you need the premium version of KWGT. Once installed, you have to download the package and carry out the following process:


The package with the Android 12 widgets has a cost of 0.99 euros. We have tested the widgets and the truth is that their finish and operation They are practically traced to those offered by the beta of the system itself. KWGT does not always work correctly in manufacturer layers: it is best to use it with launchers such as Nova. 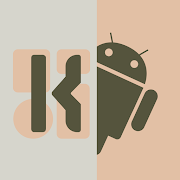