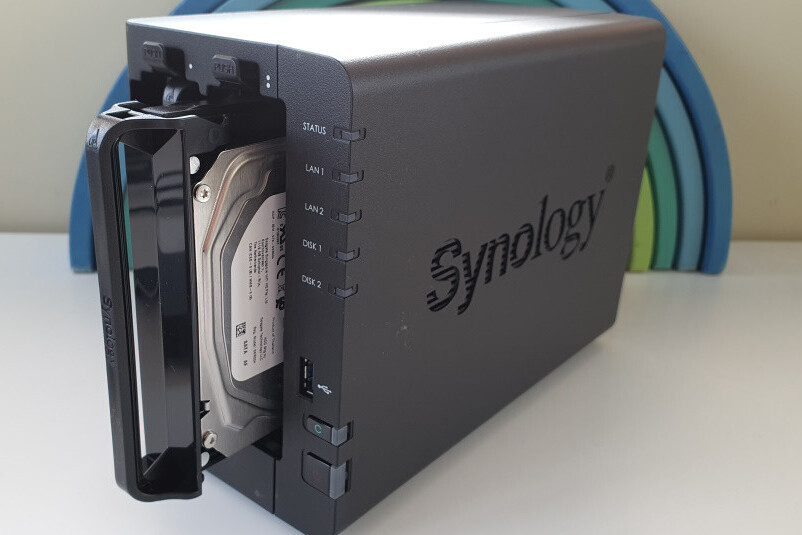 The end of free storage in Google Photos It has led many of us to take more imaginative avenues than simply going through Alphabet's checkout. And in my case, as I already told in Engadget, I decided to buy a Synology NAS, the DS220 + and make my own personal cloud.

Inside this NAS and with the latest version of its operating system (still in beta, the DSM7) there is a great substitute for Google Photos: Synology Photos. On paper it promised an almost perfect replacement, although I already imagined that a product as complete as Google Photos was difficult to achieve. And this is my experience after several months using it.


The interface is very similar

The main thing is that the application interface of Synology Photos It is very similar to Google Photos. The main view is a timeline of the photos, by days and with an indication of the location where they were taken. Going down we can see the oldest photos and going up, the most recent. 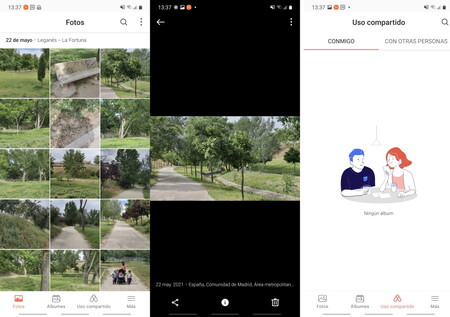 The interface is very similar to Google Photos

The rest of the options change places. For example, at the bottom there are shortcuts to photos, albums and sharing, apart from the settings menu.

In the three-point menu at the top you can change the way to view the photos in the timeline (by days, month or year) or browse by folders if there is an order established in the NAS.

Although I am going to focus on the mobile application in this comparison, the web version seems like a fairly suitable clone of Google Photos. The timeline It is similar and allows both downloading photos to the PC or sharing them with third parties, all with a very pleasant interface. 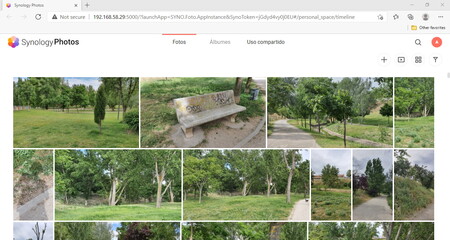 Of course one of the benefits of having the photos on a NAS is automatic upload from mobile. In this sense there are no big differences with Google Photos. You just have to configure if we want to upload always or by wifi, if we want photos and videos and that's it.

It is true that if we do not open the application very frequently it may happen that some photos remain in the queue, but the truth is that this also happened to me sometimes with Google Photos due to the aggressiveness of battery saving with my background services Samsung mobile. 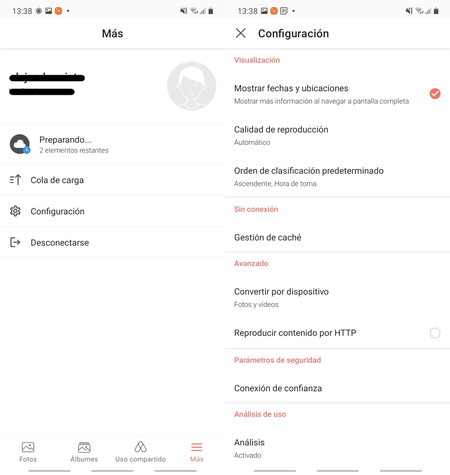 The configuration is very simple

Of course, for those who used Google Photos as a method of having an automatic backup of photos and videos in the cloud, Synology Photos provides a perfect alternative.

Some things that are missing

Of course, that the automatic upload is the same and that the interface is very similar does not mean that there are no changes. Synology Photos is not Google Photos, even if you want to look alike.

One thing that Synology boasts a lot is its face recognition, to search for photos of the people we want. This feature is also available on Google Photos.

Both services are not perfect, sometimes they recognize the same person as two different people (especially if several years have passed between them) and other times photos are left along the way. But after examining the results in detail I have to say that Google Photos works much better in this regard.

In section search also Google Photos wins. Not only because its algorithms recognize objects (try searching for "chair") and Synology Photos does not, the search engine is also smarter (for example, if we search for "December 2015" Google Photos shows the photos of that month, but Syonology Photos returns no results). In short, in Synology Photos you have to ignore the search engine and use the search by list of locations, by tags that we put to the photos or directly in the timeline going down to the chosen date.

Either automatically create albums or send us reminders of photos from recent years. Some people are bothered by this and therefore Synology Photos is ideal, but the truth is that they were some curious functions of Google Photos that I will miss.

Another difference is that Google Photos shared albums could be integrated into the main view. For example, I had it like that with my wife and we could access the photos that the other took directly from our phones. But with Synology shared albums are exclusively in the sharing area.

However, what I miss the most about Google Photos is the speed. First, Google Photos combined online and offline perfectlyIn other words, it is an application that is both a gallery and a use in the cloud. If you take a photo and you do not have an Internet connection, you can see it in Google Photos without problem, there will simply be an indication of a crossed out cloud above the photo that indicates that it does not have a backup yet.

The Photo Backup configuration is quite powerful

On the other hand, with Synology Photos, what is displayed in the application is what is in the cloud, not on the device. And therefore does not offer the same functionality as Google Photos. For example, it does not allow them to be edited.

However, the most exasperating thing about this situation is the speed, because when taking a photo if you want to see it, you have to wait for it to upload to be able to see it in Synology Photos.

If we are away from home, Google Photos is much more fluid than Synology Photos

The other problem is when browsing old photos. Google and its CDNs do wonders and when we explore the old photos that are only in the cloud (and not on the mobile) we do not notice any delay if we have a good connection. On the other hand, Synology Photos is slow.

This slowness depends on many factors: the hard drive that we have chosen; the Raid configuration; the NAS load at that time; if we are on a local network or on the Internet; and in the latter case, the Internet connection that we have at home. But what is very noticeable is that in general, especially if we are away from home, Google Photos is less fluid.

As I say this happens with the oldest photos, because for the most recent, although it does not function as a gallery of the local photos of the phone, has a local cache that makes them agile.

I have used the mobile gallery again

But for the day to day I have used the mobile gallery again, since it allows working with the photos locally and making edits when I need them. It is not the ideal situation but I do not regret it, I was already afraid that Synology Photos was not going to be the same as Google Photos but it is quite the size to make backups and explore old photos. 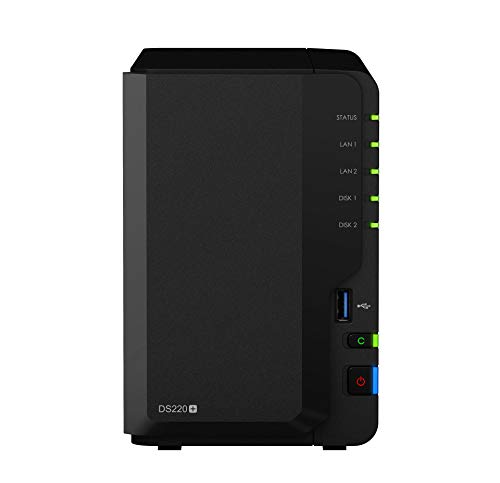