Fuchsia OS, the supposed replacement for Android and Chrome OS, is released after 5 years of development (for now only for Nest Hub) 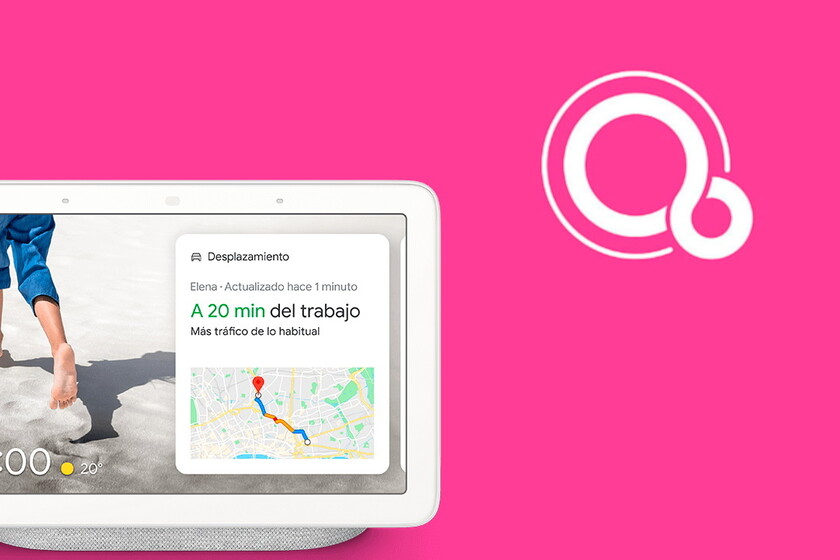 In August 2016 we echoed for the first time the existence of Fuchsia OS, a new 'converged operating system' that Google would be developing - according to some rumors - as an alternative to both Android and Chrome OS. A few days later we learned that, contrary to the previous ones, it would not be based on the Linux kernel, but in another Google project: Magenta.

A few months later the alleged name of the first version of Fuchsia (Andromeda) as the first images of its interface. The following year, new details about your microkernel and about Google's plans for Fuchsia to replace Android in five years.

And for over two years we heard absolutely nothing more about Fuchsia. Until, last December, Google announced the opening of Fuchsia to developers publicly. Y it was clear that there would be news about it very soon. And those news have already arrived.

Fuchsia OS is available for download in a few weeks

Google just officially confirm the launch of new operating system Fuchsia OS… For users of a very specific device: the first generation Nest Hub, which will be offered as if it were an update to Cast OS (Google's IoT operating system).

Given the sensitivity of undertaking a change of operating system, during which all kinds of incompatibilities may appear, this update process will be gradual: will start in a few weeks, with users enrolled in the Preview program, and will last for several months, after which all first-generation Nest Hubs will receive the update.

Will Nest Hub users notice a big change? Well, although the devices are expected to gain operational fluidity, at first glance things will change little: as the interface of both operating systems is based on Flutter, its aesthetics will not undergo changes. In fact, many users will never realize that they have switched operating systems.

What is the future of Fuchsia?

Google has not released any other details about Fuchsia OS. Not only has not set a date for a possible replacement of Android and / or Chrome in favor of the new operating system: We don't even know for sure if you have plans to install it on all your devices that use Cast OS nowadays.

Are Google's ambitions for Fuchsia OS still standing? In recent times there have been some conflicting clues about. In 2019, Hiroshi Lockheimer, Google's senior vice president responsible for Android and Chrome OS development, had this to say:

It's not just phones and PCs: in the world of the Internet of Cocas there are a growing number of devices that require operating systems […] I think there is a lot of room for multiple operating systems with different strengths and specializations.

There are two forms to understand these words: what Fuchsia would be limited to being used by IoT devices like speakers and smart displays, further fragmenting (rather than unifying) Google's catalog of operating systems ...

... or that the company simply has added a new field to conquer (in addition to smartphones and PCs) to plans for your new operating system.

And it is that, far from being limited to the Nest Hub, the Fuchsia developers have been debating for weeks about ways to implement an instruction translator in their microkernel that would enable this operating system to run Android and Linux applications.