Facebook claims that it needs to track us to make Instagram free, and the question is who would pay € 2 a month if they do it for a fee 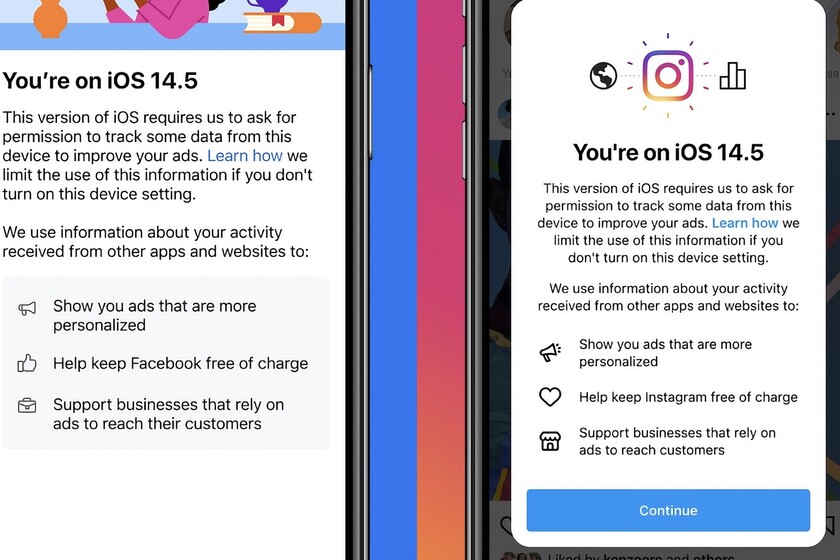 Facebook has added a notice for iOS 14 users on Apple mobile devices, warning that the information it collects from other applications and websites may "help keep Facebook free of charges"This message has also been seen on the Instagram iOS application, owned by Facebook.

Has been the technology researcher Ashkan Soltani who discovered this ad and posted it on his Twitter. However, looking at the Facebook blog you can see how they themselves had announced this decision through their blog last week (when they updated an article from December last year), through Dan Levy, VP of Ads and Products. of the Menlo Park firm.

Facebook's arguments for posting this notice 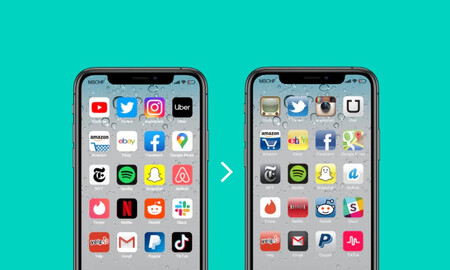 "On Facebook we use the data to deliver personalized advertisements, which support small businesses and help keep applications free ", is the claim of the firm of Mark Zuckerberg to the tracking that it carries out with its applications.

For a few days, Apple has required applications that perform this tracking or tracking to ask for permission when they use information from applications and websites owned by other companies to personalize ads through a notice designed by Apple that, in the words of the spokesperson From Facebook, "discourages people from giving permission, "while Cupertino" provides few details on what this decision means. "

For Facebook, Apple's new notice suggests there is a trade-off between personalized advertising and privacy. And those on the social network say they can offer both. "The Apple Notice it also doesn't provide any context about the benefits of personalized ads"Levy said.

"As Apple has said that it is allowed to provide additional context, we will display a screen before presenting Apple's notice to help people make an informed decision about how your data is used. It provides more details on how we use the data for personalized ads, "said the Facebook spokesperson.

Tim Cook and his criticism of social networks 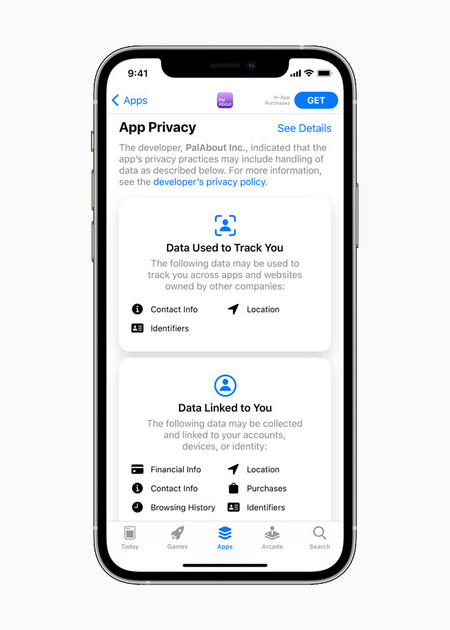 Apple CEO is one of the industry executives who has criticized the business model of social networks and Internet platforms the most such as the Facebook empire. According to Tim Cook, social networks allow misinformation to collect more personal information.

Those statements last January were accompanied by the announcement of the launch of an Apple product related to privacy: the App Tracking Transparency feature, which allows brand users to decide whether or not apps can track them across devices.

According to Apple spokesmen, App Tracking Transparency requires other applications to ask for user permission before tracking their data on other companies' apps or websites. In the Settings section, users can see which apps have requested tracking permission and can make changes.

These developments in Apple smartphones hurt Facebook and other tech giants, whose millionaire income comes from the advertising they create as a result of the information they have from users.

Of course, this decision that seems innocent and in favor of the user, could hide something behind. According to two people close to these plans have leaked to the Financial Times, Apple will boost its advertising business while it is tightening its privacy rules on iPhone devices. 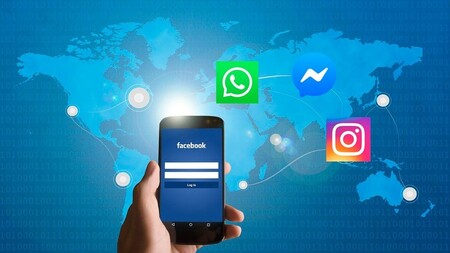 This debate about who pays for the social networks we use every day inevitably takes us to that moment when WhatsApp became a paid service and the controversy was enormous about it. In 2014, the application had a cost of € 0.76 per year (that is, € 0.063 per month). In 2016 it was free again after Facebook bought WhatsApp for a millionaire amount.

In the case of Facebook, if we look at its financial results presented in its European business we found that the firm reported having entered $ 15.49 in the last quarter for each of its users in Europe. In other words, to maintain this level of income that it now receives thanks to advertising, it would be necessary for each European user to pay $ 5.16 per month (4.28 euros). 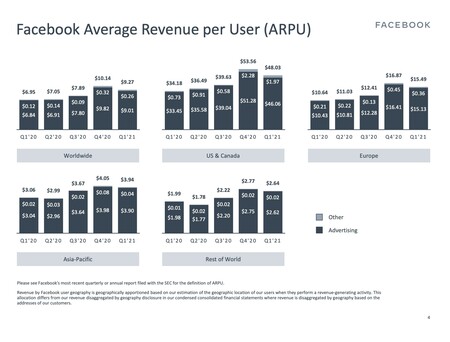 If we go to the global data of the entire family of Facebook applications (Facebook, Messenger, Instagram and / or WhatsApp), we find that Mark Zuckerberg's firm enters, for his advertising business, an average of $ 7.75 per person per quarter. This translates to 2.5 dollars a month, 2 euros per month of income for each of the users that the firm has in the world.

And that would be the amount that all users of its family of applications would have to pay monthly. so that they continue to enter the same as until now.