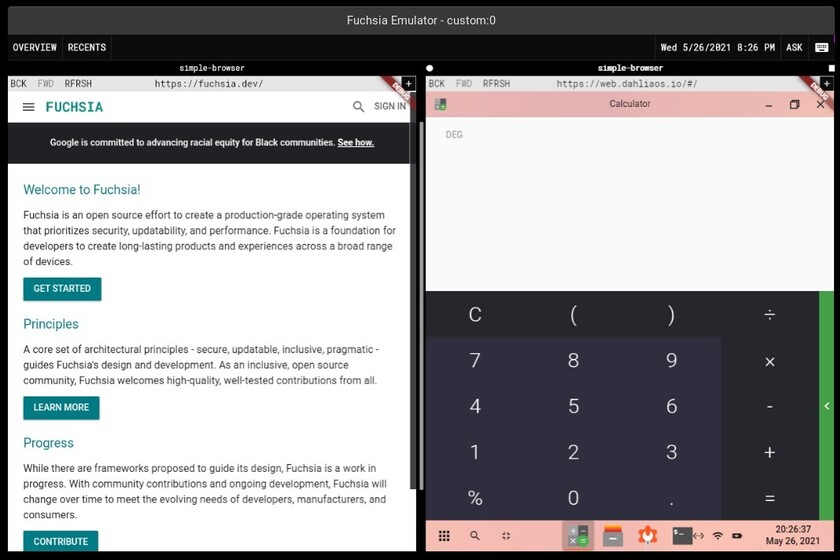 Just two days ago (and after five years of development), Google finally launched Fuchsia OS, the rumored potential replacement for Android and Chrome OS. Although for now it will only be available for the original Nest Hub, its code is open source, which allows it to be adapted to be used on other devices.

That's where Dahlia OS comes in, this being a project in itself based on the reuse of Fuchsia and Linux elements to create a new desktop operating system. It turns out that its developers have started a new side project called 'Portable Fuchsia Emulator' or 'FImage', which can become the easiest way to test Fuchsia on your PC.

This new software allows us run a minimalist version of Fuchsia (with the basics to work) in an emulator. Remember that, in itself, the 'open source' version of Fuchsia lacks many elements of the commercial version that Google loads on its devices.

It is foreseeable that, over time, Google will end up providing an official and easy-to-use emulation system, like the emulator included in Android Studio ...

… But in the meantime, according to 9to5Google, the Dahlia OS developers intend to keep updating the FImage project as new versions of Fuchsia are released.

But don't run to download it yet: you have to meet a series of requirements to be able to use it:

If you meet them, you just have to download the software from this link and enter the following commands in a terminal: