Create your own homemade Google Photos hosted on a Raspberry Pi: PhotoPrism, a free and self-installing alternative 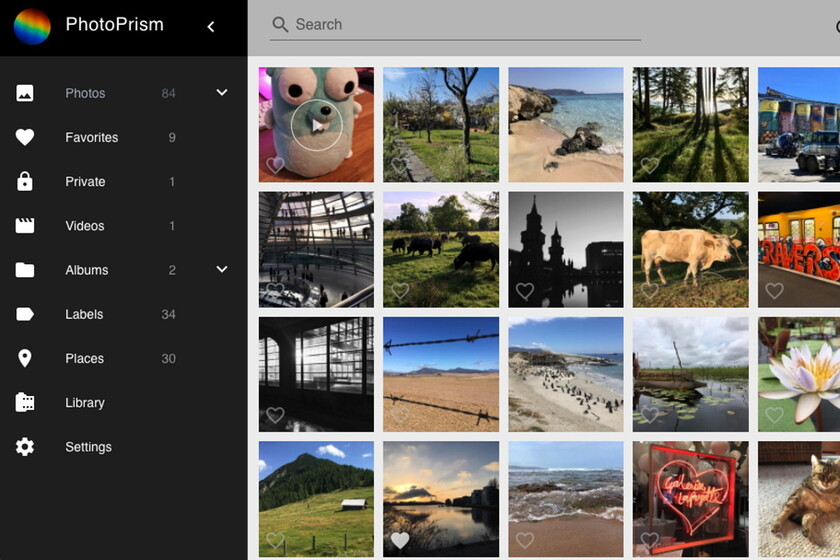 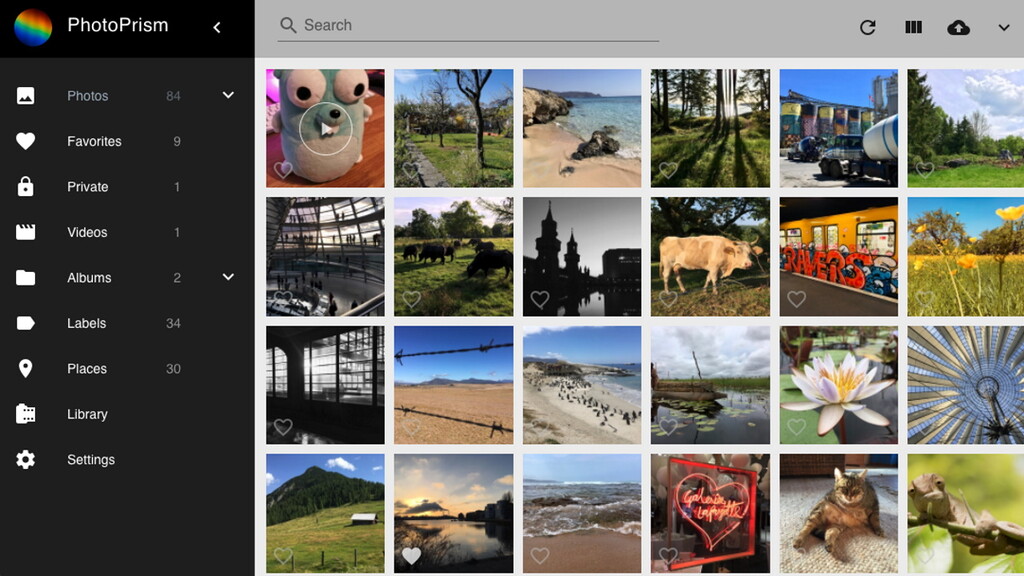 On Tuesday Unlimited free image storage on Google Photos will come to an end, a fact that has forced many of its users to consider how they want to continue conserving their collections of images and videos, according to their needs and budgets.

Some will bet on keep uploading your photos to the Google platform (and therefore start paying), while others will turn to alternative services such as Amazon Photos. Others, on the contrary, will prefer bypass 'the cloud' and keep your own data in your possession, resorting - for example - to a NAS, as we recently explained.

But there are also other more 'artisanal solutions'(more complex, but also cheaper) than a commercial NAS to create our own cloud by installing ourselves an application equivalent to Google Photos. For example, install PhotoPrism on a Raspberry Pi minicomputer.

Once started, we could connect from our PC to the Raspberry Pi via browser (using a web interface) or, if we only want to add or delete photos, via Windows Explorer (using WebDAV).

PhotoPrism is an application designed to be installed on a server or desktop computer (as we could do with WordPress in XAMPP) that allows us to host, organize, view and share our collection of photos and videos.

We will organize our collection using four functions: 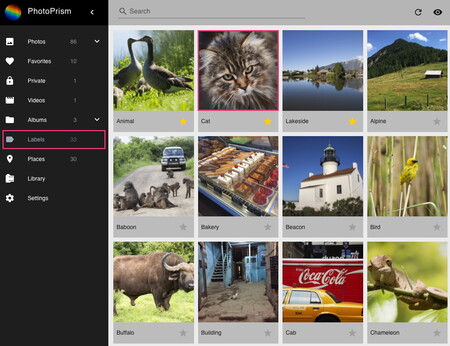 PhotoPrism offers us the option of share our images and albums using links with password and expiration date ... although, of course, whether these are accessible from the Internet will depend on how we have configured the server of the Raspberry Pi operating system. 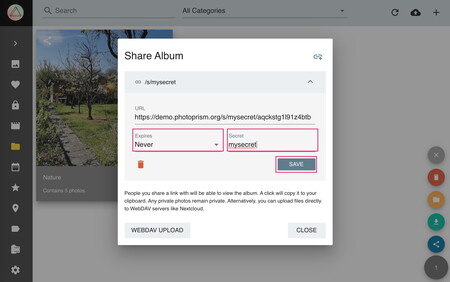 Sharing an album on PhotoPrism.

And, although there is no official PhotoPrism app for iOS or Android, we can use any app compatible with WebDAV to synchronize our smartphone or tablet with our 'private cloud' (specifically, PhotoPrism developers recommend using the PhotoSync app).

How to install PhotoPrism?

Broadly speaking, what we need is a Raspberry Pi 3/4 equipped with a GNU / Linux operating system and a Docker installation. Among the wide range of options available, one of the simplest would be to install UbuntuDockerPi: a version of Ubuntu Server adapted to Raspberry and with Docker pre-installed.

Once we have the system up and running, we will only have to download the PhotoPrism image for Docker and run it, following the instructions in this section of the documentation.

Create your own homemade Google Photos hosted on a Raspberry Pi: PhotoPrism, a free and self-installing alternative