AnySoftKeyboard is more private and free 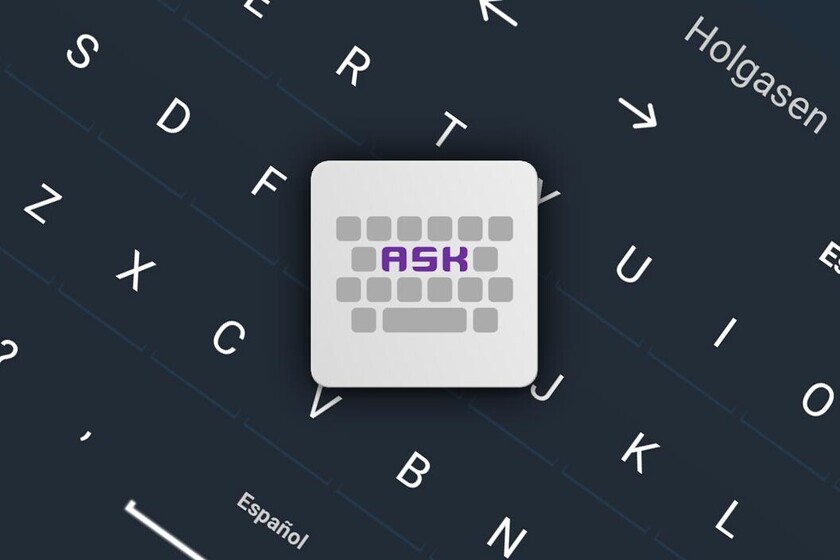 AnySoftKeyboard is a truly comprehensive Android keyboard that not only works perfectly on devices, it also offers advanced typing options; What using strokes, autocorrect, or next word prediction. It is developed in open source and is completely free.

The fight to rise as the best keyboard on Android is bloody, there are applications such as Gboard, SwiftKey or Chrooma, to name some of the best known. Google's is, without a doubt, the keyboard that is used the most since comes standard on a large number of phones. But it may not be the best option, as there are others as complete as AnySoftKeyboard. It is not well known. And it deserves it.


AnySoftKeyboard is almost as complete as Gboard and much more private 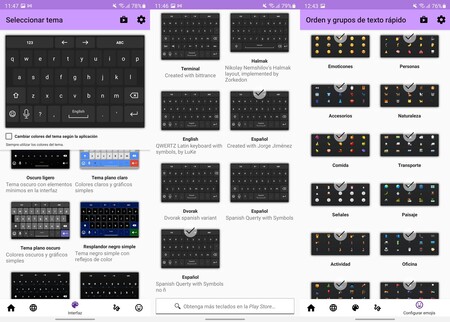 We cannot say that Gboard is a bad option because it is the one we recommend the most to anyone who asks us, even on iOS. Even so, there is no doubt that Google has overfilled its keyboard with optionsDoubts about the collection of private data also arouse some suspicion. So having applications like AnySoftKeyboard is always a joy, especially since they offer the key functions of keyboards like SwiftKey or the Gboard itself with remarkable transparency.

AnySoftKeyboard is an open source app that can be found on your GitHub. Its development is remarkably advanced, both in functionalities and in compatible languages. Y It even has writing by means of strokes, a la Swype. If you don't choose a keyboard without checking that it has that function, as we do, you can easily choose AnySoftKeyboard.

Apart from stroke writing, AnySoftKeyboard allows you to modify the appearance and color of the keyboard thanks to its large collection of themes. It has autocorrector, includes prediction of the next word, you can define gestures to aid typing and it is even possible to select which groups of Emojis will be easily accessible from the keyboard.

Apart from the dedicated typing functions, AnySoftKeyboard has other advantages: it lacks ads, it has no in-app purchases, does not track the user and dispenses with permissions beyond that of contacts (and it is not required, it is simply to suggest them as you type). It is an excellent alternative to more popular keyboards, its operation has convinced us. 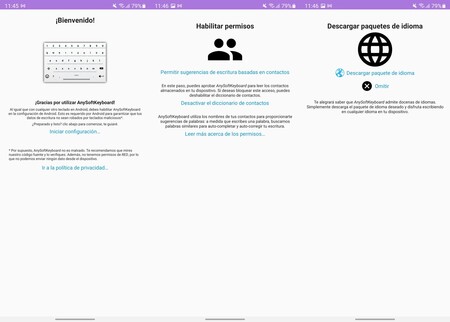 Despite the fact that AnySoftKeyboard is Open Source, this app is not only available in the usual repositories, such as in the developer's Git or F-Droid: AnySoftKeyboard can be downloaded directly from Google Play. Also their Spanish language pack: you have it here. 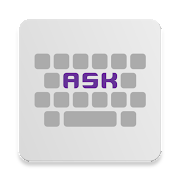