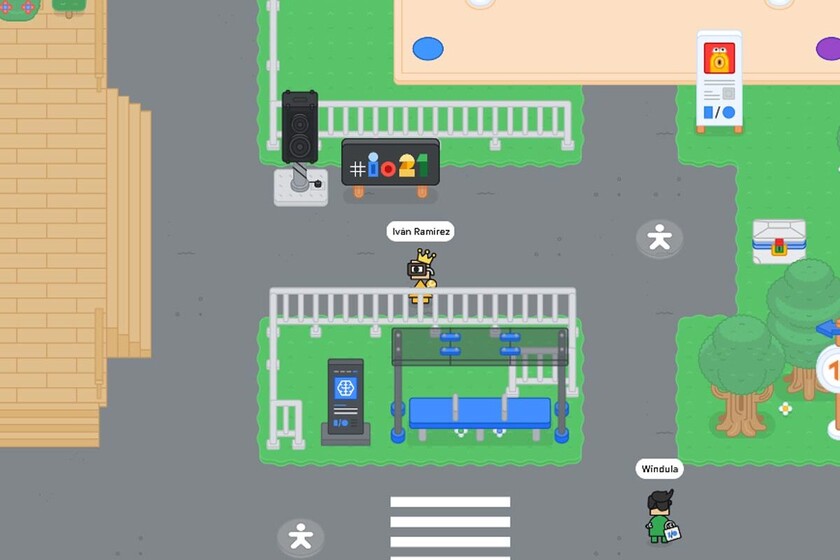 The Google I / O of 2021, for the first time totally free and virtual, gave its starting gun yesterday, leaving us a lot of news about Android and other Google products. Here we summarize all the news that Google has presented in the I / O of 2021 so far.

The Google I / O of 2021 is not over yet: it will last until tomorrow, although the first day was chosen by the company to drop informational bombs such as the beta of Android 12 or the announcement of the union of Tizen and Wear OS. And this is just the tip of the iceberg of everything announced during the Google I / O.


Android 12 beta and Material You

It was expected, and it came. The first beta version of Android 12 focused on end users and not developers, it is already available for a handful of terminals from Google, Xiaomi and OPPO, ASUS, ZTE, OnePlus and Realme: in some of them it can be installed already; for others, it will come later.

We knew many of the new features of Android 12 thanks to the developer betas, but Google had saved for today's event all the details of its radical redesign which comes as the evolution of Material Design: Material You. 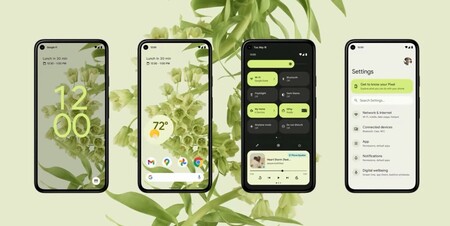 Another novelty of Android 12 that we did not know until now -at least officially- is the new privacy panel, a centralized place to see what system permissions each application is using. It is complemented by discreet warnings on the screen when an app uses sensitive permissions -such as the camera or the microphone- and to be able to block the permission to the camera or the microphone completely from the quick settings.

Another novelty that comes with the Android 12 beta is the approximate location permit, which joins the previous changes to allow access to the location once or while using the app. The idea is simple: you can choose if you want to give your exact or approximate location to an application. 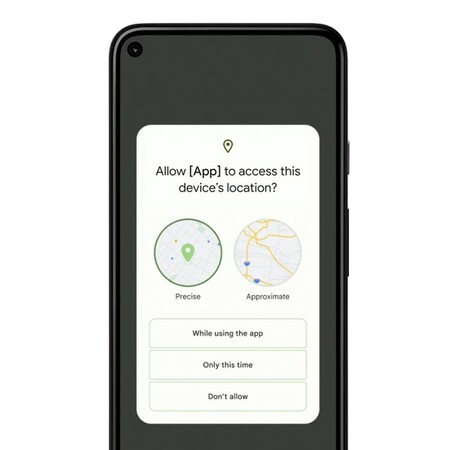 To these changes are added improvements in the animations of the system, which Google says are now smoother and are applied to more elements of the interface. Other internal changes and performance optimizations represent, according to Google, a 15% reduction in core load high-performance CPU. 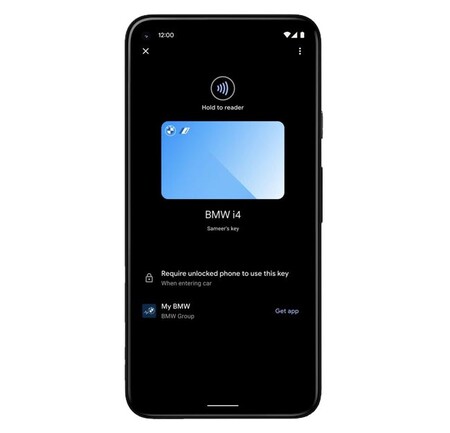 Android in vehicles has also had a good dose of news during Google I / O. For starters, Android Automotive, the Android operating system that is integrated into the car instead of being sent from the mobile, continues to gain followers. We will see it in the future in GM, Volvo, BMW, Porsche and Renault vehicles.

Another novelty that will come to cars will be the Fast-Pair support, which will be supported in cars from Ford and BMW. Fast Pair is a system for pairing Bluetooth headphones easily and recently added support for a hundred headphones.

Finally, Google has announced that you will soon be able to use your mobile to open the car door, at least, if you meet the necessary requirements: Android 12, a Pixel mobile or some Samsung models and have a car that supports it. Google is working with BMW and other manufacturers to implement support using UWB technology.

The leak of a few months ago is confirmed, the old remote control application for Android TV has its days numbered. Android will integrate the remote control function by the end of the year and compatible with the more than 80 million Android TV and Google TV devices on the market.

The remote will be bundled as part of Google Home and will do basically the same thing the current remote app does, but in a revamped way. You can use your mobile to type, move around the interface, use the Wizard and other functions. 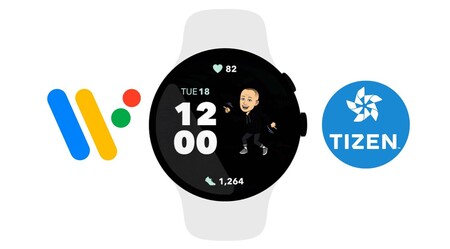 Under this union, Google searches faster, the adoption of a new navigation system focused on physical buttons and gestures, the integration of some Fitbit services and the screens of the Samsung Galaxy will be integrated into this new Wear OS. We will probably know more about the fruits of this union in the coming months. 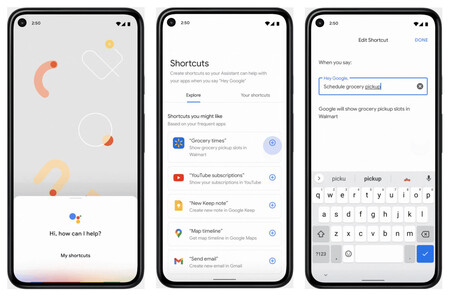 It would not be a Google I / O without news applied to the Google Assistant, the star of a good number of editions. This year, Google announced the improvement in app integration in Google Assistant using the shortcuts. The shortcuts are already available, but Android 12 will make it easier to find them by recognizing them and automatically adding them to the application.

A novelty that will undoubtedly give a lot of play is that the Google Assistant will support third party widgets, something that until now was exclusive to its own content. That is, we can expect a much more visual and interactive integration of the content of third-party applications, directly in the Google Assistant results.

As for the search engine itself, new privacy-based controls will be added, including the possibility of a quick removal that will erase your last fifteen minutes of activity from your Google account. 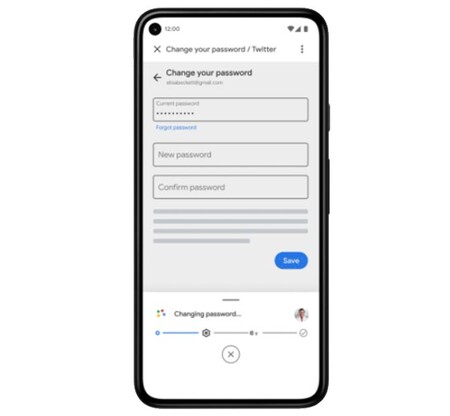 Changes and improvements are coming to the password manager that Google integrates into Google Chrome. In addition to alerting you when your passwords are at risk, you can fix your compromised passwords faster, almost automatically.

The novelty will begin to be activated first in the United States and will work as follows: when Chrome finds a password that may be violated, the Google Assistant will provide us one button to change password directly, without having to open the website in question. 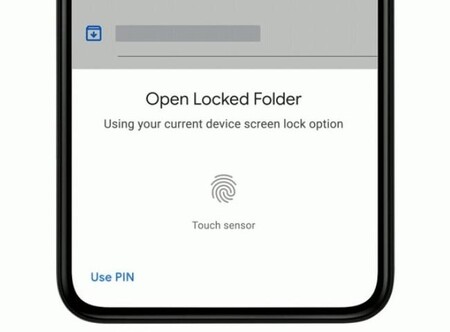 Google Photos will be more private sometime in 2021, when the possibility of password protect photos, so that nobody can see them unless a PIN code or the biometrics of the terminal is used.

Google has announced that Google Photos will add a 'hidden folder' so that you can include photos and videos that you do not want to appear in the grid or shared albums. It will debut first on the Google Pixel and then it will reach the rest. 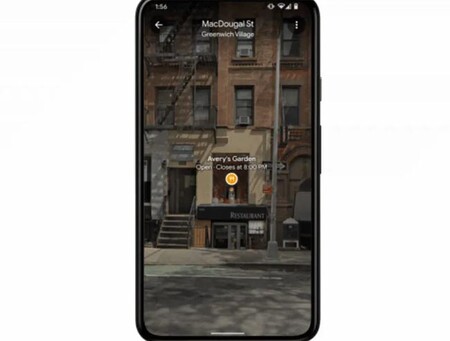 How could it be otherwise, Google has taken the opportunity to announce a good amount of news that is on the way to its map service. Google maps enhance your augmented reality view with more information such as the amount of influx in a place, recent reviews or photos of a place.

The maps themselves promise a higher level of detail in 50 cities, including the indication on the map of areas that are especially busy. The icons that are shown on the map will also be optimized for your preferences, highlighting different places according to the time of day. There are also changes in the routes: Google Maps will suggest the fastest route that is also the safest.