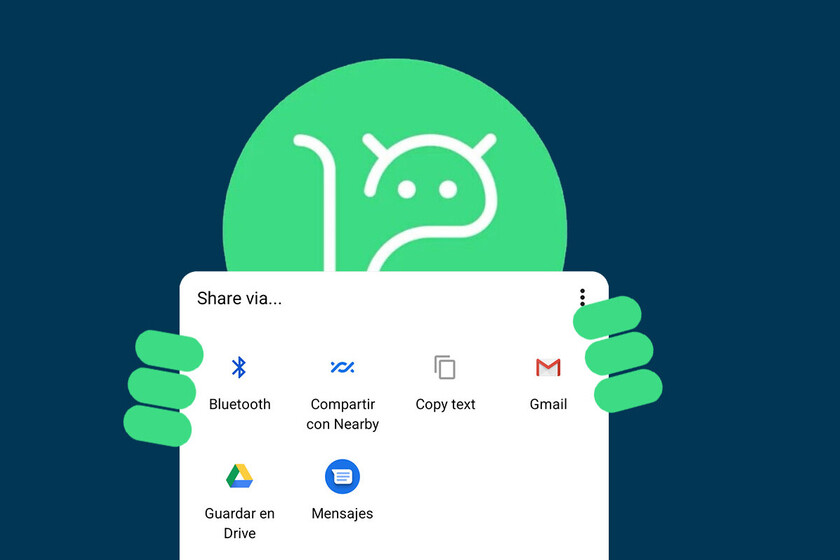 One of the advantages of Android is that if you don't like something, it is very likely that you can change it in one way or another. This applies even to parts of the operating system like the share menu, but will no longer apply as of Android 12: Google doesn't want apps to replace the Share menu.

This is what the developer of Sharedr has made known, one of the most popular applications for just that: changing the Android share menu for a simpler and faster version. The application does not work on Android 12, because Google never intended that this dialog could be changed In the first instance.

The Android share menu has improved over time, but it is also true that as versions progress, it has been filling with things and speed sometimes suffers. Luckily, there are apps that use nifty methods to replace the share menu, like Sharedr. In this way, you can have a simpler menu, without Direct Share, Nearby Share or new inventions that may not interest you too much. 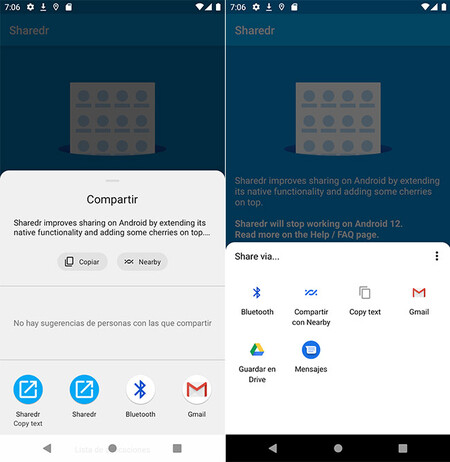 Sharedr uses an unofficial method so you can configure it as default app to show share menu, a method that stops working in Android 12 and there is no intention of it doing so again.

The Sharedr developer himself has reported the error to Google, receiving the response that at no time was Google's intention that said menu could be replaced by third-party applications. Due: will not be corrected:

Indeed, in Android 12 the window no longer appears wondering if you want to use System or Sharedr to open the Android Share menu, just as it happened before with the layers of some manufacturers. The application can technically continue to be used by choosing Sharedr as the application to share to, but it doesn't make much sense. So much so that its developer claims to have abandoned the project: it will only correct errors.

In short, as of Android 12, the Android share menu will be the one that comes with the systemwhether you like it or not. This, of course, may change in the customization layers of some manufacturers.