After being able to play even in pregnancy tests, now 'Doom' is a captcha with which to show that we are human 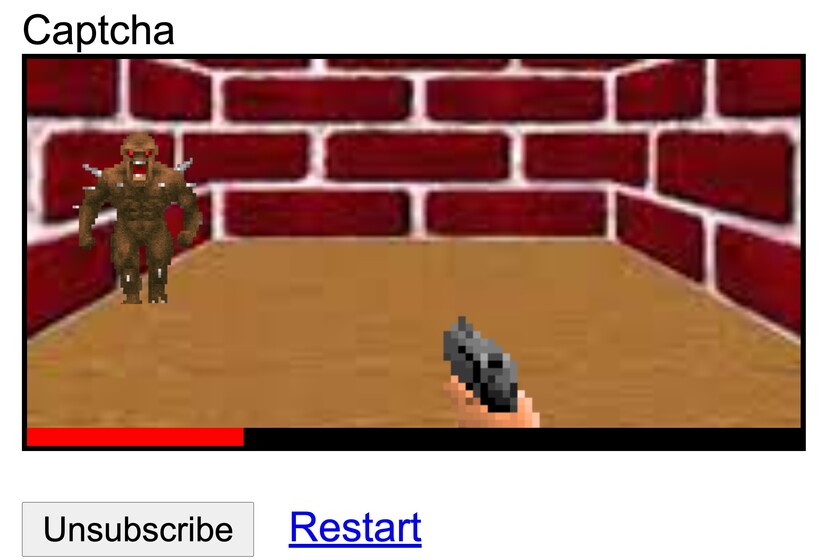 'Doom', in addition to being one of the most legendary video games in history, is un title that returns every so often to our days for the constant attempts to take it to any platform where it is possible.

After being able to play even on a calculator with a battery of 770 potatoes or on a pregnancy test, now 'Doom' comes to captcha from the hand of a Spanish web developer, Miquel Camps Orteza.

A 'side project' made for fun, but that can be used and even has an easter egg

Captcha is one of the most tedious aspects of the current Internet, especially because of how they complicate the fact of proving that we are indeed human and not a bot. However, a captcha of something as well known and fun as 'Doom' is a great idea (until bots know where to aim).

The operation of Captcha, of which Miquel Camps has offered the code on his page on GitHub for anyone to integrate into web forms, is very simple. You can choose to embed with sound or silence, with or without countdown, with or without text before the captcha, or change the number of enemies to kill to overcome the captcha. On the desktop, Camps has communicated that there is an easter egg, by which, by entering 'IDDQD' on the keyboard we will overcome the captcha.

The developer himself tells us not to take the project too seriously, which is made for fun. "If you know how to program it is very easy to break the security of this." Upon reaching number 1 in Product Hunt, Camps has said that he did not expect it, and that he developed the first version in one morning, the one on Saturday. She thinks there were much better projects on the web on Sunday, but she has found that nostalgia has made people feel like the project is their own.