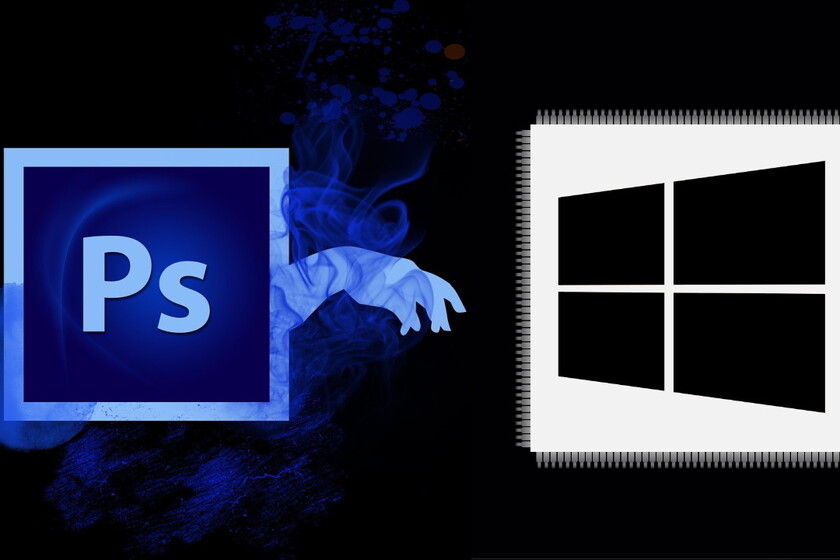 Last November, Adobe released the beta of its native edition for Windows 10 ARM of Adobe Photoshop. Now this edition of your popular image editing program is no longer 'beta', becoming considered stable and receiving support from Adobe.

Interestingly, Adobe has not advertised this novelty as a combo and saucer, but the news has spread thanks to a change in its support website, in which you can now read that

"Starting in May 2021, Photoshop will run natively on ARM devices running Windows 10 64-bit."

The minimum requirements include having Windows 10 version 20H1, as well as 8 GB of RAM (although 16 GB recommended). In addition, it is mentioned that the version of Creative Cloud to install to access this software is the one that only includes 64-bit applications.

ARM processors are widely used thanks to their near-monopoly on mobile devices, but the experience of using Windows versions for this kind of hardware sometimes leaves something to be desired, especially due to the lack of applications with native support.

Now thanks to don't rely on emulation, users of these processors have many more reasons to install Adobe Photoshop… and vice versa: Photoshop users have more reason to give ARM devices a try like Microsoft's Surface Pro X hybrid tablet.

The publicity given to this launch contrasts with that of the native version of Photoshop for the new Mac M1 with Apple Silicon. There are differences between both releases, of course; on the one hand, the potential audience for the announcement of the version for Windows 10 ARM is much smaller than its equivalent for Apple Silicon.

On the other hand, the version that concerns us today remains something lackluster due to the absence of some functions available in Photoshops on other platforms, What: