AAAD, the launcher that installs apps on your Android Auto so you can run them in the car 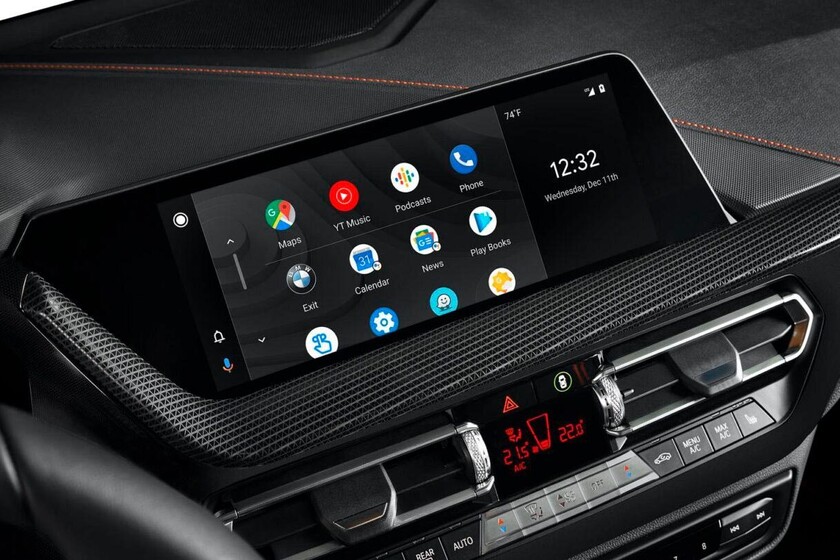 Do you want to install unofficial applications for Android Auto and have them appear on your vehicle's console? Well Android Auto Apps Downloader It will work the magic: it is an open source app that not only can download a collection of software with which to expand the possibilities of the system, it also installs the applications so that they appear in the car.

Google has gradually opened the tap to Android Auto developers without the tap having the flow rate as wide as Android itself. For example, on your mobile you can install any application in APK and use it, but the same does not happen in its version for cars: Auto will only load on the vehicle screen those apps certified by Google for use in that environment. Of course, now there is a new app that expands the possibilities: AAAD.

The new software we are talking about is developed in open source (it can be consulted from GitHub). Also the application itself must be downloaded from there: AAD, acronym for Android Auto Apps Downloader, is a project that acts as a launcher for other applications developed for the vehicle system that are not on Google Play.

As in 'ordinary' Android, Android Auto also has software developed outside of Google Play and that adds many more possibilities to the vehicle's console. For example, there are performance monitors, apps to project the phone screen in the car, video players compatible with the car and even applications capable of creating widgets for Android Auto.

AAAD offers an easy way to install non-certified apps for Android Auto and with direct access on the car screen. All with one touch, Android Auto Apps Downloader is as simple as it is complete. Of course: despite the fact that AAAD and the apps it installs are safe, there is always the risk that the software does not behave as it should. Since Android Auto is a delicate environment, you have to assess whether or not it is worth trying.

Apart from downloading and installing the application on the phone, AAAD is responsible for making it compatible with Android Auto so that the direct access to the app appears on the car console 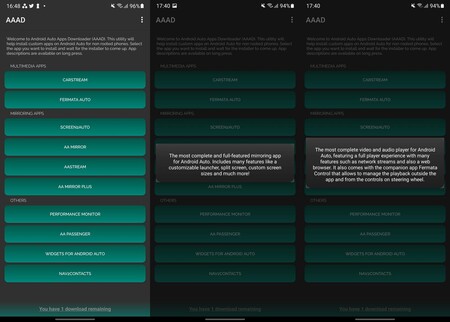 AAAD currently has ten apps to download. The developer allows you to install only one application each month. If you want to install them all, you will have to pay 3.5 euros for the complete launcher. AAAD will be adding more compatible applications.

Fermata control plays videos from the phone and from other sources, such as Google Drive

Android Auto Apps Downloader can be downloaded in APK from the developer's GitHub.