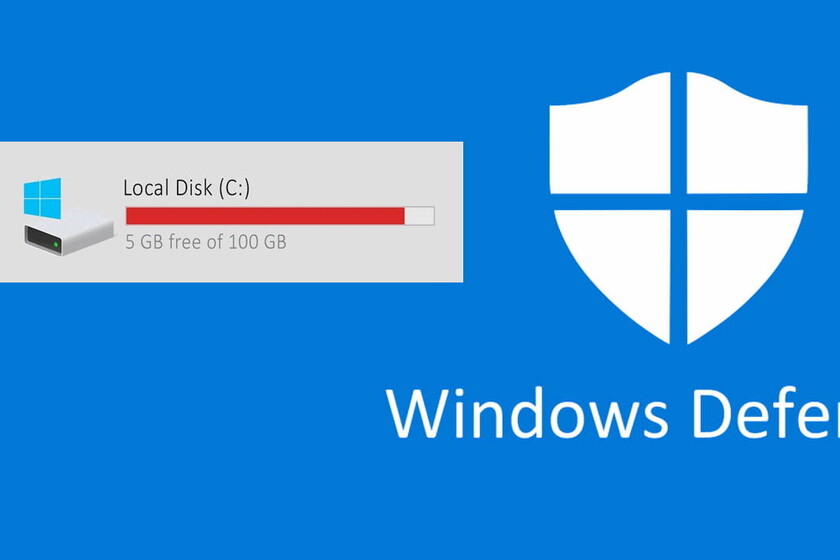 If you have discovered in the last few days that your Windows computer has unexpectedly and inexplicably run out of space, the culprit could be the most unexpected: none other than Windows Defender, the official antimalware solution from Microsoft.

The problem lies in a bug in this program that causes it to start generating files within the folder C: ProgramData Microsoft Windows Defender Scans History Store. These files are always small (many of them, only 1 to 2 kilobytes), but the rapid pace with which they are produced can generate thousands or millions of these files, adding several gigabytes of used space on our hard drives.

Thus, a test system with Windows 10 20H2 used by the publication Ghacks generated more than 10,800 files during 24 hours, while a user of Windows Server 2019 speaks in the Microsoft Answers forums of over 4 million files (more than 11 GB) appeared out of nowhere in that same period of time. Another, with less than a million files, However, he saw his disk's used space grow by 30 Gb.

This 'bug' is present only in version 18100.5 of the engine detection of Windows Defender, and only affects some of the users who use this program as the default antivirus and the real-time analysis enabled (Unfortunately, this is a fairly common setup).

On the other hand, it seems that this bug It is independent of the specific version of Windows that we are using, and its appearance is only determined by the version of the antimalware engine that Windows Defender is using.

According to Microsoft Answers, the new version 18100.6 of the Windows Defender engine already solves the bug, but it won't start reaching most users until tomorrow. You may check which version of the engine you have installed by opening the Windows Security application, clicking on the 'Settings' icon in the lower left corner and opening the 'About' screen.

If this screen does not show information about the engine version on your computer, it means that you are using another antivirus by default.

Meanwhile, the only option to avoid running out of space on the hard drive is to be aware of the reduction of free space on it and to erase the files that are created by hand in the folder mentioned above ... or disable real-time protection Windows Defender, which can cause our computer to leave it unprotected.