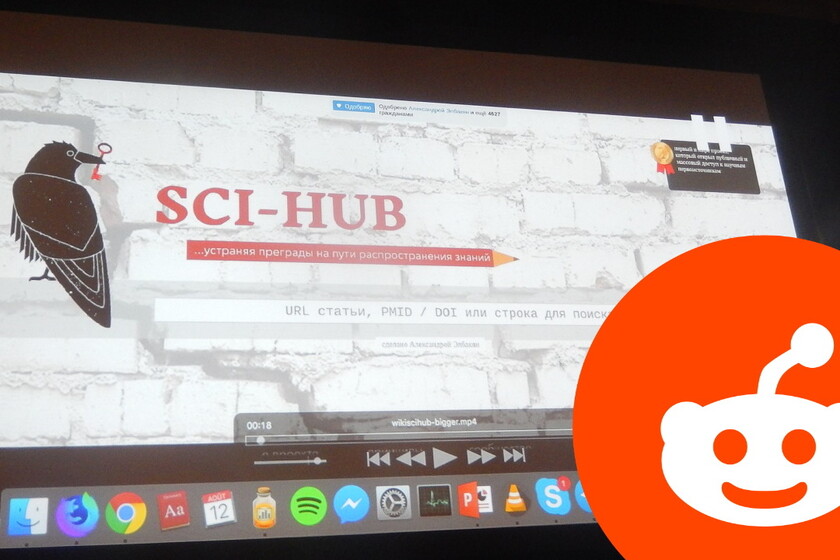 / r / DataHoarder is a subreddit that brings together "data accumulators", users with a vocation for digital file librarians with a multitude of motivations: from the pleasure of having thousands of ebooks or films at hand to the paranoid of privacy who prefer not to use 'the cloud', people convinced of the possibility of an imminent collapse of the Internet, etc.

Regardless of the motivation of each of them, they have now decided to join in a common project: safeguarding the Sci-Hub library, in the face of the siege that this platform has been suffering from the large academic publishers, and organize a decentralized 'backup copy'.

On May 7, Alexandra Elbakyan, the founder of Sci-Hub, revealed that the FBI had been monitoring their communications for two years after Apple granted them access to their account. A week later, the 'rescue mission' was called in / r / DataHoarder:

"Elsevier and the USDOJ have declared war on Sci-Hub and open science. The era in which Sci-Hub and Alexandra were fighting alone must end: we have to take sides with it.

[…] Sci-Hub is currently frozen and has not downloaded any new items since December 2020. This rescue mission is focused on 'seeding' the collection of items to prepare for a possible Sci-Hub closure. "

'Sow' ('seeding', in the original) refers to the process of spread a series of files among numerous participants of the Torrent network to make it easier for other users to download them later.

In the eyes of these users, Alexandra Elbakyan is a case similar to that of the late Aaron Swartz: people who "sacrifice everything for a vision: open science."

"They do it so that humble academics on the other side of the planet can practice medicine, create science, fight for democracy, teach and learn."

For this reason, the appeal speaks of 'sending a clear message' to the publishing sector:

"We are the library, we are not going to shut up, nor are we going to turn off our computers because there are many of us."

What is the mission? Are you succeeding?

This mission, which has already become one of the most voted publications on the subreddit, is not even the first summoned by it: at the time they already put the Library Genesis collection of documents in a safe place, and kept more than 5,000 research articles on COVID-19 open accessible after the start of the pandemic.

Now, they have a collection of 850 torrents ready with 100,000 scientific papers each: 77 TB of data in total that bring together the entire Sci-Hub library. The next step is to get 85 'datahoarders' to store and 'seed' 10 random torrents from that collection, each asking 10 friends to do the same with just one of those torrents.

Once we "become the library", the next step (in the future) would be develop an "open source Sci-Hub" that would allow decentralizing the hosting of the same following the example of several tools already available.

The impact of the appeal has been such that the Electronic Frontier Foudation has echoed his initiative and has requested support from all Internet users to his cause.

For their part, its promoters have already achieved that each torrent in the collection has at least 3 'seeders', and they ask now achieve a new goal: raise that number to 5… Which they are about to achieve, given that there are only about twenty torrents left in the collection that have less than 5 seeders.