a quarter late for everyone 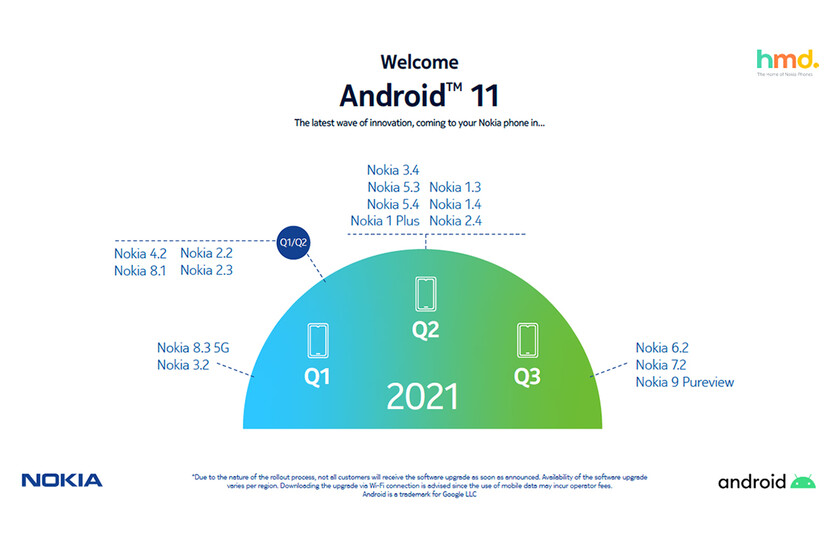 The Android 12 beta program should be down, but the Android 11 rollout is far from complete. The last company to review its upgrade plan is Nokia, which has published a new calendar of updates to Android 11.

The last time HMD Global informed us of their plans to update Nokia phones to Android 11 was in September 2020 and now, eight months later, they have revised the plans so that virtually all updates have been made. delayed a trimester.

Nokia is one of the companies that has been more consistent when communicating the update plans to Android 11. It published its initial calendar with the approximate dates for 14 terminals in September of last year, although some of these dates they have not ended up being fulfilled.

It is now that the company has reviewed its planning with a new update schedule, which he has shared on his forums. This time includes 16 models, including those that already received Android 11 recently, such as the Nokia 8.3 5G and the Nokia 3.2.