5 historical attacks on behalf of Anonymous 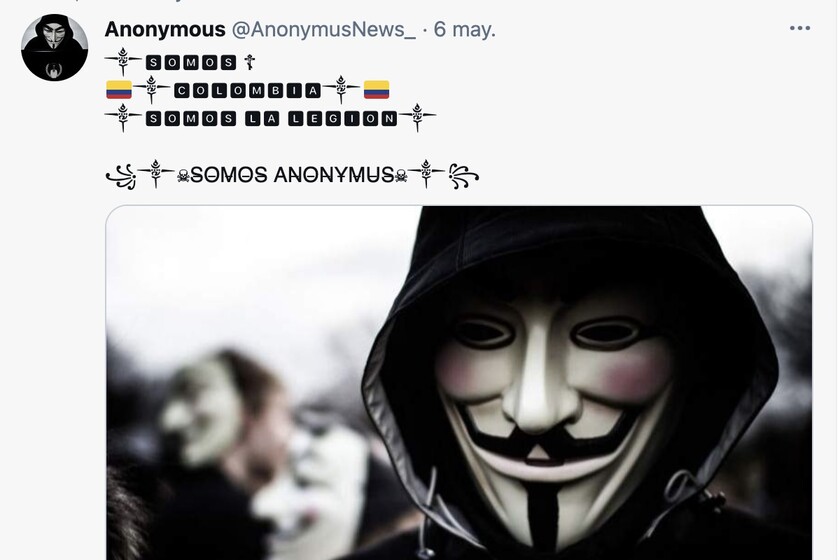 This Tuesday, May 4, the Colombian Army website was hacked and made public information on social networks such as passwords and emails of 168 soldiers, while citizens protest against decisions that the government has taken and while dozens of people have been killed in repression of the protest, according to human rights organizations.

Anonymous se attributed the attack as a defense to the citizens. Not only the army website was intervened, there was a change in the information published on Wikipedia and it managed to sneak into the websites of the Senate of the Republic, the National Police and personal accounts of some members of the National Government. They announced their feat on Twitter (@AnonNews_Col) but this account is now suspended. Remember that Anonymous's still standing and is very active with the situation in Colombia. 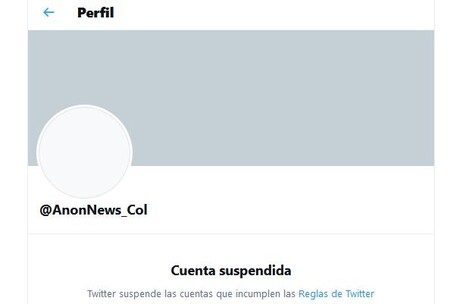 Hacking the websites of major organizations in the name of Anonymous and hacktivism are nothing new, not even in Colombia (where in 2011 with the so-called Paper Storm against the so-called Lleras Law that ended an attack on the Senate website), nor in the world. Here is a summary of the biggest attacks in the history of hacktivist on behalf of Anonymous:

Against the Islamic State

In January 2015, two masked and armed men entered the offices of the French satirical newspaper Charlie Hebdo shooting. They killed 12 people and injured 11 others. The cause the killers alleged was that the publication made a mockery of the Prophet Muhammad.

A couple of days later a statement came from the hacktivists saying that "We, Anonymous all over the world, we have decided to declare war on you terrorists ". A Twitter account was created (also closed) with the aim of using it to reveal personal information obtained from terrorist profiles on social networks.

In 2015, Twitter accounts and other social networks, web pages and even the physical addresses of some of the terrorists were uncovered, under the names of #opISIS and #opParis. Members of this cyber-hacking went so far as to say that it was their “greatest performance” of all time. And it is that they even discovered the physical address of who they claim is the main DAESH recruiter in Europe. 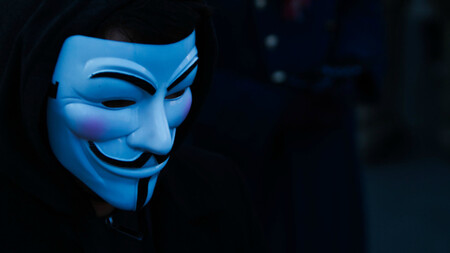 Another key moment was in 2016 when, on behalf of Anonymous, cyber activists unveiled information of great importance about Donald Trump, who at that time was a candidate for the elections in the United States that later won.

In these attacks, Trump's alleged mobile phone number was revealed, your social security number, as well as personal addresses, telephone numbers, and other intimate data of those closest to him (especially his campaign manager and family members).

In addition to this, the disclosed data includes other questions regarding Donad Trump's web infrastructure and encouraged more hackers to take action against him thanks to this information.

In 2017 the Dark Web suffered a massive hack after a hack knocked down the servers of Freedom Hosting II, a major hosting service that hosts around 10,000 TOR darknet pages. According to some researchers, this represented between 15 and 20% of the total pages that this hidden network contains.

The group was related to Anonymous and the goal was the fight against child pornography. In fact, whoever claimed responsibility for the attack said (anonymously in the media) that after having obtained the databases of the hosting company they have sent a copy to the authorities so they can take appropriate action.

When Indra's website went down in the Catalan elections

The Anonymous group announced in December 2017 that it had managed to "knock down" the official website of Indra, the company that processes data from the Catalan elections that are being held today. The Denial of service attack on the company's DNS servers made it impossible to access indra.es.