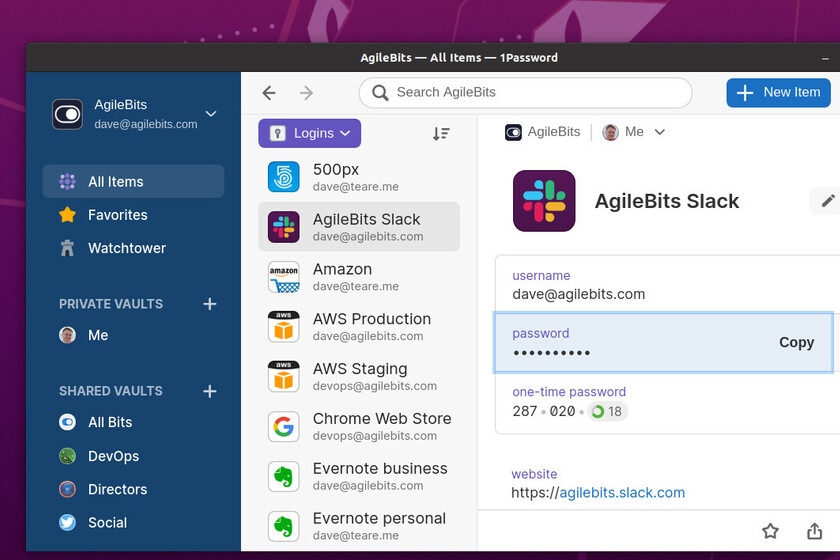 Last August Agilebits, the developer of 1Password, announced the imminent launch of the beta of a Linux version of its popular password managers.

Thus, an insistent demand from the user community was fulfilled, which I had been requesting a native version for Linux for a whole decade, to the point of being one of the most debated topics in its official forum. In the words of Jeff Shiner, CEO of Agilebits,

"Although 1Password can be used by any person or business, we have seen a real need for robust Linux support - beyond the browser - from DevOps and IT teams: now, your entire organization can be protected regardless of your choice of devices ".

After spending seven months in beta, Agilebits now confirms the transition from its Linux edition to a stable version, that it "will be available for all major Linux distributions", through distribution-specific signed packages.

If your distribution is not one of those, don't worry: you can also download it from the Ubuntu Snap Store, or by downloading a .tar.gz package.

Advanced integration between the web version and the native version for Linux:

This version of 1Password is written using the Rust language and "makes use of the kernel 'keyring' of Linux to "keep data safe" by setting a fully encrypted connection between the web version of the program (on Firefox, Chrome or derivatives) and the executable version.

Once installed, we can unlock 1Password with our Linux user account, with fingerprint sensors or through any other authentication mechanism compatible with PAM. And thanks to its executable-web integration, it will be enough to unlock one of them to automatically unlock the other version of the program:

"This is the most advanced example of password manager browser integration available on Linux."

"1Password for Linux is entirely written in Rust, a secure systems programming language that is experiencing widespread adoption in the enterprise environment, and is being regarded as the official language for the Linux kernel."

The code is not 100% open source, although it seeks to attract its enthusiasts offering free personal accounts for developers of open projects (claims to have already collaborated with more than 250):

"If you work in an 'open source' team that needs a password manager, please open a pull request in our '1Password for open source projects' repository and we will give you and all your team members a free account."

For the rest of users, a personal account will be worth $ 2.99 per month (with annual billing).

This release comes just three months after LogMeIn limited the functionality of the free version of LastPass, one of 1Password's main rivals.

Via | The Register & Help Net Security