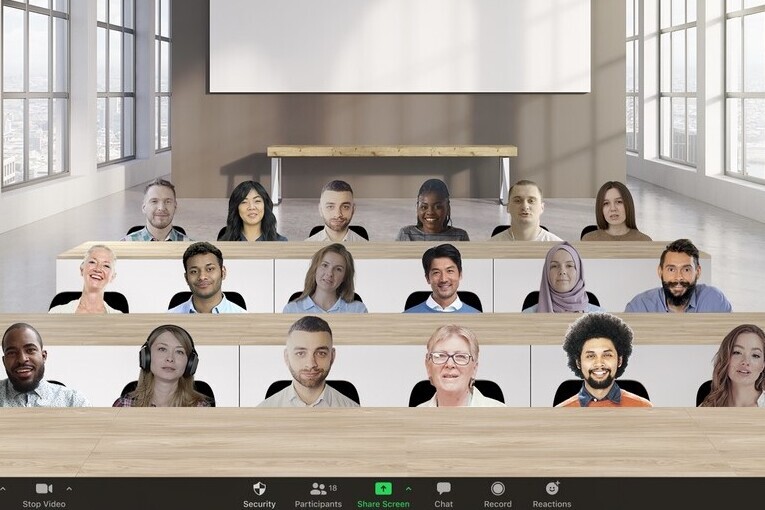 Zoom has launched a new immersive video feature that allows you to create virtual meetings in which, on the screen, it appears that all participants in a video call are in the same room. Zoom had announced the Immersive Scenes feature last October., now renamed Immersive View at its annual Zoomtopia event. Now the market launch is official.

The new Immersive View allows up to 25 participants. The common spaces where these virtual participants can "coexist" can be a boardroom, auditorium, or classroom, which is chosen based on the meeting. There are also more informal ones such as a kitchen or even being each of the participants the protagonist of a painting in a museum. Hosts can manually move people on the screen or let Zoom do it automatically.

Immersive View is now available in the Zoom desktop client (version 5.6.3 or higher) for Windows and MacOS and is enabled by default for all individual Free and Pro accounts.

Competing with Microsoft Teams Together 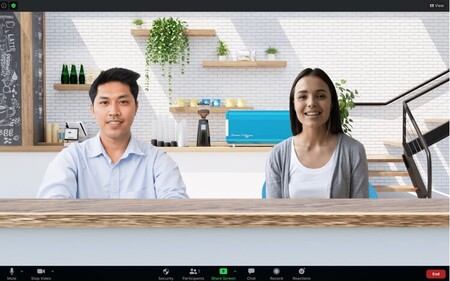 Video calling is on the rise. We already know that since a pandemic has dictated new ways of relating in society, of working or of meeting. And for Zoom, 2020 has been a very successful year after the lockdown we experienced in spring. The application has announced many new features to convince a greater number of users, as well as competing companies.

Now highlight that this New Immersive Zoom View feature resembles the Together mode of Microsoft Teams, which Redmond introduced in July 2020 and which It is very similar to the one presented launched today by Zoom, as seen in the following image: 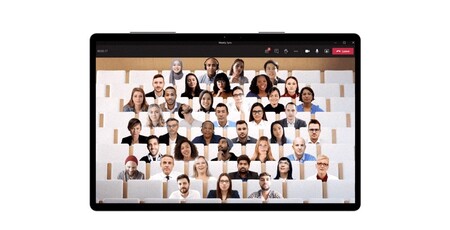 Members of video calls in Microsoft Teams can also choose a virtual room where they all appear as if they were in the same space. At the time of its launch, the Redmond firm announced that up to 49 participants could enter one of these meetings in "Together Mode".