YouTube is (paradoxically) a good alternative to unlimited uploading of videos to Google Photos, and it even surpasses it 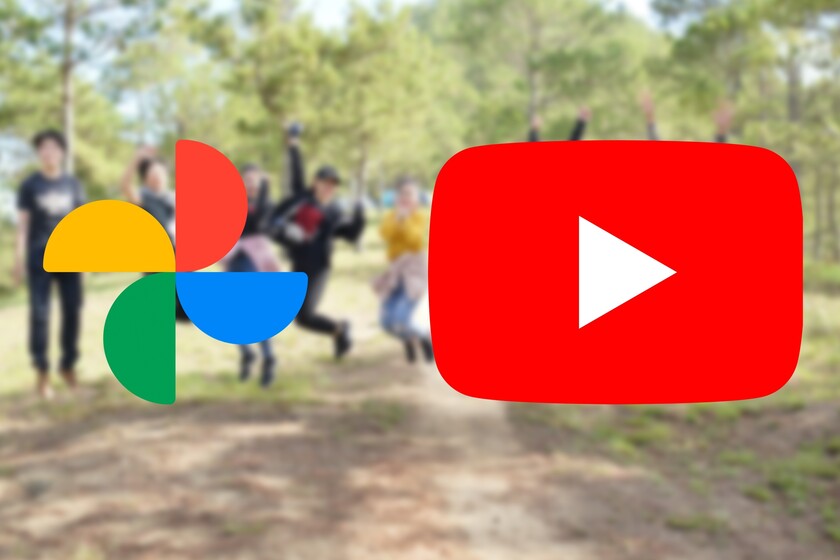 In June we were orphaned by one of the cloud features that has marked the last few years: the free unlimited uploading of Google Photos. As for photos, we already talked about how Amazon Photos can be a more than decent alternative, but in video things get complicated. Of course, there is the other option that we also review, buy a NAS or get a cheap one with a Raspberry Pi.

I thought there were unlimited storage alternatives to Google Photos in the cloud until I remembered that I have been using YouTube for years for the same. Many of the family videos that I make, I upload to my YouTube account, and I generally mark them as private, with some as 'hidden'.

Of course, YouTube doesn't have an approach to backups like Google Photos, and it is something that we will review as part of your problems to use it like that, but if you want to have unlimited video storage, with even some advantage, we will tell you how to do it.

YouTube is not the ideal solution, but it is a serious alternative to Google Photos and outperforms it with 4K videos. 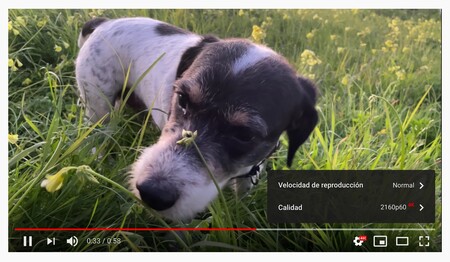 YouTube allows things like this (upload our videos in 4K that Google Photos does not allow in "High Quality".

Google Photos, as we can extract from its own name, never been a great solution for video. Its great value in this regard, as in the rest of the service, has been to allow unlimited uploading of videos. However, unlike what the platform does with photos, which is to compress them to the point that it is sometimes imperceptible (below 16 megapixels and not treating RAW files well), with video up to 1080p maximum in "High Quality", in an era where even cheap smartphones record in 4K at 30 frames per second.

In "Original quality" it is uploaded in 4K, but It is not the way that most users have been using the service. In this sense, YouTube beats its sister photo service by a landslide, since it allows you to upload HDR video up to 8K (although the processing time can throw us back if we need to share it in a hurry).

Even downloading from YouTube with the best third-party tools, a 4K video at 60 fps that originally occupied 490 MB with a 66.9 Mbps bitrate, remains at 162 MB with a 25 Mbps bitrate. Without paying, with Google Photos or we would even have the 4K option.

Google does not officially talk about a limit of uploads per account, although some users claim that Beyond 50 videos per day there may be warnings of exceeded limits. In any case, such a number of videos can be more than enough for most users.

In YouTube Studio, as in Google Photos, YouTube allows us to download the videos that we have uploaded, although with a very poor quality. For example, in a test that we carried out recording with an iPhone in 4K at 30 fps, in HEVC codec, the original file was 80 MB. After uploading it to YouTube, 4K has been detected, but when downloaded with the platform option, the downloaded file only reaches 720p resolution, and occupies 1.4 MB. However, downloading with youtube-dl or with 4K Video Downloader, we get a 4K file in MKV container with VP9 codec, which occupies 19.5 MB.

The same video uploaded to Google Photos and downloaded with your "Download" option, yes it is lowered in 1080p and at 60 fps (which does not happen in YouTube), but occupying only 1.7 MB. Thus, with such a low bit rate, we are still able to get very little use out of videos. If the recommendation with the photos is to always save them locally due to the quality they lose with the compression of Google Photos (although many people do not perceive it), if we upload videos that we care about, keeping the original file becomes almost mandatory. But at least, YouTube will continue to be useful to us to guard our backs, with files that unfortunately have much less information than the originals.

What we lose compared to Google Photos 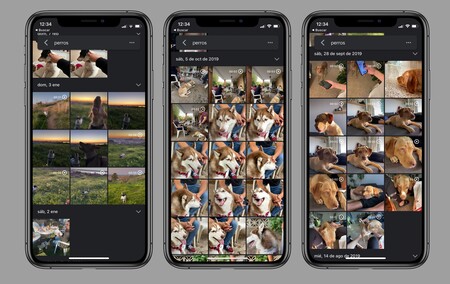 Listing features that are missing from Google Photos by uploading private videos to YouTube is easy. First of all, we say goodbye to one of the functions for which the image storage service stands out the most, its spectacular search based on artificial intelligence. On YouTube we can use a good title or tag, but your search will never be as powerful as being able to write "dog" and search for all the animals of that species that you find in our archive.

The other big thing that we lose on YouTube is the possibility of not worrying about the uploadAs in both the Android and iOS applications, it is automatic and nothing needs to be done so that, once connected to a WiFi network, the videos begin to be uploaded. For YouTube there is also the possibility of uploading several files at the same time, and even automating it, but it is obviously not as comfortable or within the reach of any average user.

When it comes to sharing, YouTube does not have the ecosystem worked in the way that Google Photos has been thriving, where it detects our contacts and offers to share albums with them of photos and videos. For many people it will not make sense to use YouTube like this, and there may be added problems that a priori are not taken into account, such as that on YouTube there is much more control of copyright, and even with the videos marked as private it is possible that Content ID perform your censorship where you detect commercial songs, etc.

However, considering that it is still a free service, and that the image quality is higher (no matter how much loss there is still), It must be considered alternative, because the unlimited part has it.