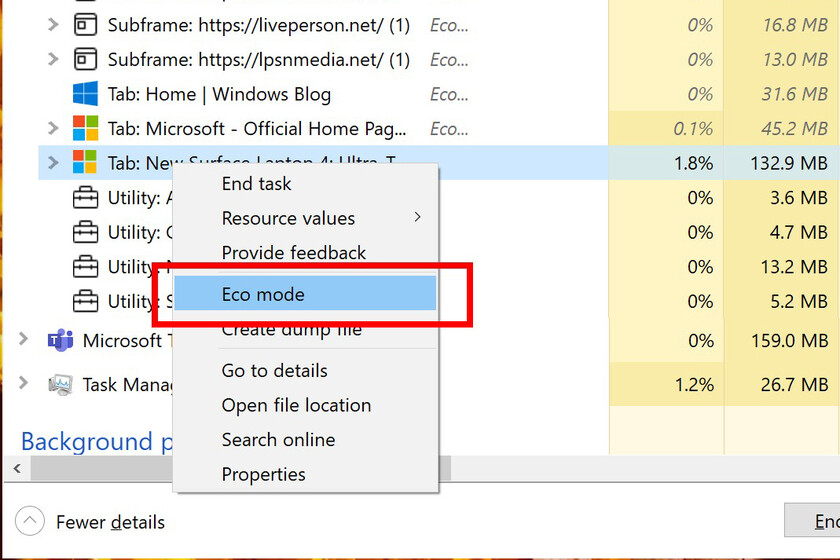 The latest compilation of Windows 10 for the insiders launched this week has brought with it two interesting new features in the Windows Task Manager: a better classification of Edge processes and an option, called Eco mode, which allows users to limit the resource consumption of certain tasks. It is no small thing.

The Windows Task Manager, although it is not unknown to most, it is an application that We usually use at quite specific times and that is used for much more from the point of view of the consumption of the different programs and applications that our equipment executes. A fantastic way to know how everything that we have installed behaves, how the machine itself performs and, in the near future, try to put a certain limit on it. Although sometimes it does not respond as we expect.

The idea of ​​Eco mode is that we can activate it on processes that are using a lot of resources, also weighing down the performance of other applications 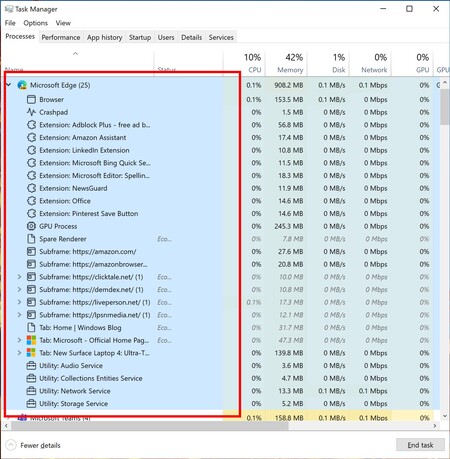 The experimental feature that has appeared in this Windows 10 preview in Task Manager, the Eco mode, It is basically an option that allows us to limit the resources used by the processes. Limit its impact during its execution and on the computer.

It can be used by right-clicking on a process and selecting it from the menu that appears. The idea is that can be used at the moment in which we notice that an application consumes resources significantly and, indirectly, weighs on the performance of other tasks. Using Eco mode, the system prioritizes other applications, Microsoft says, "which will allow for faster foreground response and greater energy efficiency."

There will be applications, such as Edge and Chrome, that can have this mode activated automatically and without us having done anything since they are experimenting with new ways to limit consumption and improve their energy efficiency.

On the other hand, the second notable novelty is the same place in the classification of processes related to Microsoft Edge. In this case, a better identification of the different tasks that allow the Microsoft browser to function with a clearer breakdown is intended. For example, it will be clearer which processes correspond to tabs and which to internal browser processes.