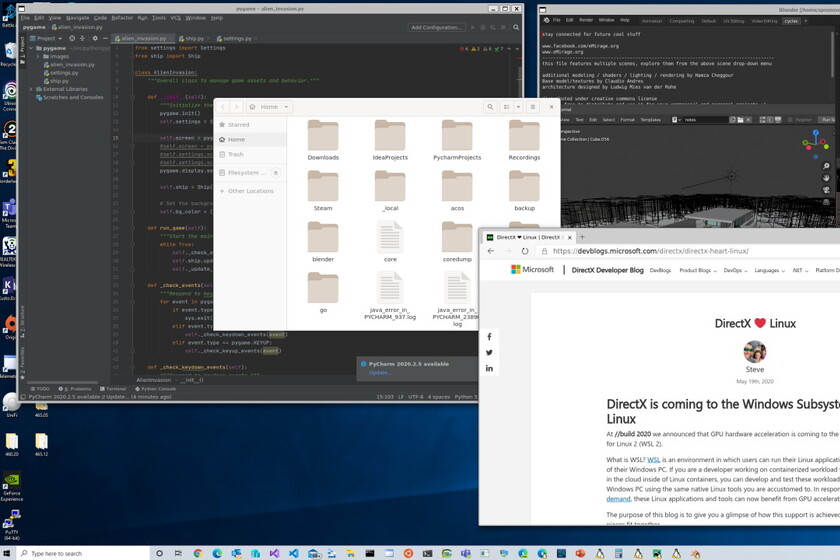 Members of the Microsoft Insider Program They already have access to the new build of Windows 10, 21364, a new step towards the increasingly imminent and expected 21H2 update of the operating system.

There are several novelties that this build brings under its arm, but without a doubt there is one that outshines all the others: the changes undergone by WSL, the Windows Subsystem for Linux.

And it is that, as of now, WSL includes support for Linux applications in graphical mode. Yes, as it sounds: nothing to continue being limited to using only tools in text mode from the terminal.

From Microsoft, in fact, they have published a video in which windows of applications for Linux are running on a Windows desktop:

WSLg is here: two distributions for the price of one

Not that until now it had been impossible to do that: there was the option of use a third-party X server, simulating the use of a remote desktop, to show those graphical applications in our Windows.

The WSL version of Kali Linux even integrated software (Win-KeX) for that purpose in its distribution ... but both are problematic and not very intuitive solutions, and they have not triumphed among users.

Microsoft's solution, on the contrary, allows the user to run the applications in graphical mode without ever worrying about what an X server or remote desktop is: just run the command for the application in question.

Of course, the simpler a solution appears on its surface, the more complexity it tends to hide: the secret that this allows is that WSL now runs two Linux distributions in parallel. On the one hand, the distribution chosen by the user, in which the applications are installed ...

...for another, CBL Mariner, a Linux distribution created by Microsoft itself (yes, seriously) and used so far internally in your cloud infrastructure. This last distribution will be the one that provides us with the necessary graphic server (christened WSLg) to display the applications on our desktop. 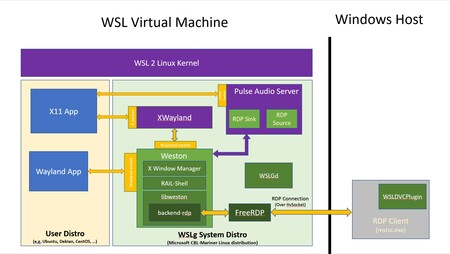 But the news does not end here: WSLg not only provides us with a graphical mode for Linux applications, but also access to 3D acceleration ... and the Pulse audio server, with which the applications will be able to reproduce sounds and have access to our microphone.