WhatsApp already allows you to play audios at different speeds: that's how it works 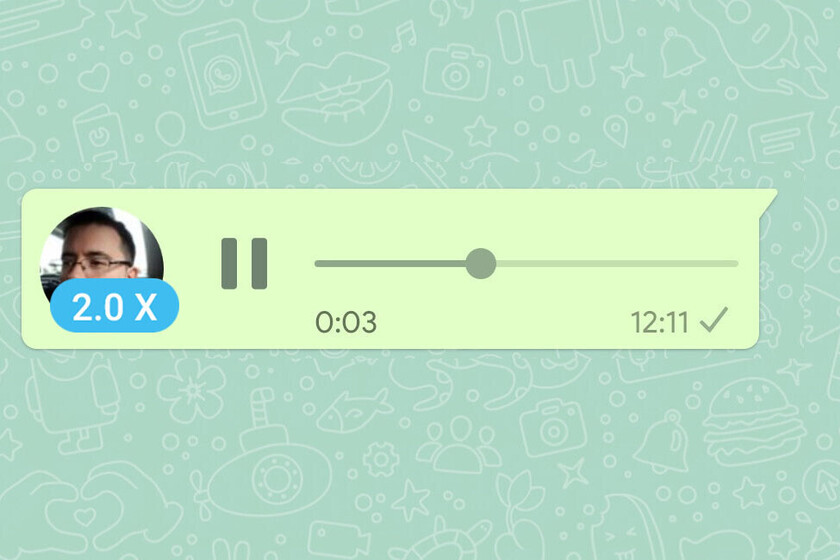 Long ago it was leaked that WhatsApp was working to add to its platform a feature more typical of multimedia playback appsia, or even podcast apps. Not surprisingly, countless audio messages are sent through WhatsApp every day and it was logical that sooner or later it was allowed to change the playback speed. And it has already happened.

The functionality that allows us to change the playback speed of voice notes in WhatsApp has finally left the testing phase and has started to be released for all users. So if at any time you notice that a message appears on your audio notes that indicates "1X", you already have them active.


This is how audio notes work at different WhatsApp speeds

What was devised as a system so that users could send voice notes at times when it was not possible to write, or as a way to speed up this process, has in many cases become micro podcasting. Endless voice notes that they have changed the way you use WhatsApp forever, but now we can streamline the whole system.

After some time in which they have been in the testing phase, voice memos at different speeds have reached WhatsApp and its operation is quite simple. We are talking about changing the playback speed, not the recording speed Well, we will continue speaking into the microphone of our mobile phone as always, but things will change when we have to pay attention to what they tell us.

Now, WhatsApp voice notes have a small icon on them when we are playing them. By default a '1X' will appear which will mean that we are listening to them at normal speed. If we click on that text or button we will see that it changes to '1.5X' and later to '2X'. Thus, we can listen to WhatsApp audios at three different speeds: normal, 50% faster and twice the normal speed.

In addition, the speed of playback of voice notes in WhatsApp has the particularity that it has memory. If we have chosen to listen to an audio at twice its normal speed (2X), all the voice notes that we play later will be kept at the chosen speed. To return them to their usual speed, just press the button again until we recover the 1X from the beginning. As simple as that.