what they are, how they work and the best options 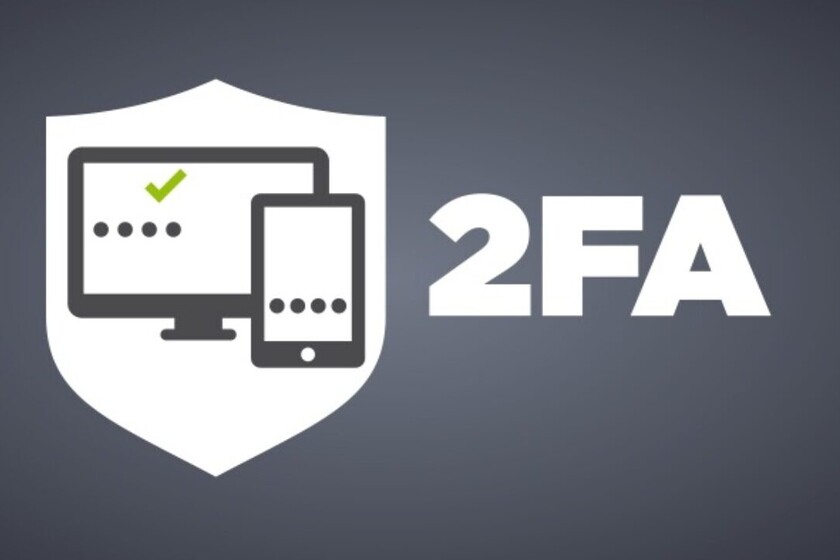 As time passes, users become more and more aware of how important digital security measures are that prevent others from accessing your personal information and that protect the content that you post or store on local devices. Even more so when news such as the massive leaks of both Facebook and LinkedIn (initially denied) and others emerge.

That is why we are going to dedicate this article to tell what exactly are two-factor authentication apps and how they work, and also to propose the most popular options that can be found at the moment, through Google's own app. So, let's dive into the world of two-step authentication.


What is Two-Step Authentication 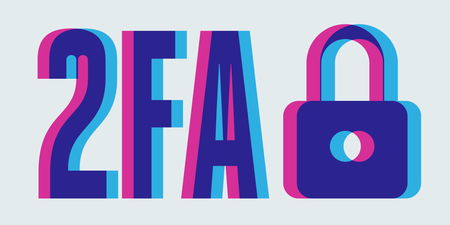 We are already very used to having to perform a repetitive task when we access an online service, although many of them store the session and only ask us to repeat the process from time to time: we enter the web or app in question, we enter a username and password and the service gives us access to the interior, knowing at all times that we are the ones who are accessing it.

But this process is a single user identification step, and there are other methods that are known as two-step authentication, although not all services offer it. This authentication consists of sewing the first step a second that entails enter a second code, a second password that is automatically generated at the moment following a series of mathematical parameters.

Thus, if someone managed to decrypt our username (or our email, or our telephone number) and our access password, they would still need that second password that, as we say, is automatically generated based on certain keys and that, therefore, it is practically impossible for it to be stolen from us. Although there is no 100% secure identification system, it is convenient to know this.

It is in this step that it is necessary to notify that authentication through SMS messages is not secure either, since there have already been several thefts of SMS credentials with which to bypass this system by information thieves. We recommend and always will recommend specific applications for two-step authentication, and we will recommend several later.

We have already said that not all online services offer this possibility, but the most popular ones such as Facebook, Instagram or Twitter, among many others, do. The operation between all of them is practically identical: once we activate it in the aforementioned service, we are given a QR code or a text code to enter in the corresponding authentication app, and that is what will allow each access key to be generated later.

Thus, we already have the first safe factor, which is that the service in question (Facebook, Instagram, Twitter or whatever) generates an authentication code that is valid only for our account. This code is later complemented with an algorithm that does not vary and with a seed that does change periodically, so that each final key generated is unique for each moment. 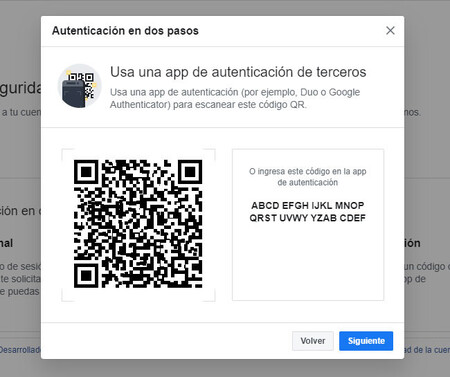 The other seed we were talking about is time. If we use a two-step authentication app, we will see that the access codes they offer us vary every thirty seconds. The application takes the time in which the key has been requested, mixes it with the initial key provided by the service and carries out a series of complex mathematical algorithms to, in the end, give us a valid access key. And after 30 seconds, the password changes. And after 30 seconds, a new one.

Given that we already entered at the time the key offered by the online service, that the algorithm is inserted in the application and that the temporary seed is obtained simply by checking the time, these apps work without the need to be connected to the Internet. So we can easily have them installed on devices that are not connected, which makes accessing our secret key infinitely more difficult, since external attacks cannot be suffered.

So we open our app, we enter our username and password, and then we enter the second password that the two-step authentication app offers us, and we are inside. Double security and one of the keys generated from secret codes that vary every few seconds. It is, therefore, the method we recommend to protect access to our online services. As long as they offer this option, of course.

The time has come to recommend the best two-step authentication apps that we can find in the Android ecosystem, and they may also be present in iOS if we want to look for them there too, as we will talk about popular apps with a lot of weight among users. And of course, you have to start by recommending Google Authenticator.

Google Authenticator is an application created by Google and used to provide codes that you can use to verify your identity after entering your username and password. It can be used to improve the security of your Google account, but is compatible with a multitude of services like Facebook, Amazon, and Hotmail. Another of the most popular and robust options in the world of two-step authentication is the one offered by Authy, perhaps not as popular as Google's native tool but equally compatible with a multitude of apps and online services. Authy also has double security in itself since it gives us the possibility of block access to the app with fingerprint, so it makes sure that we are the ones using it. Highly recommended. A two-step or two-factor authentication app that is also highly recommended is the one created by Microsoft, which is also cross-platform so it is easy to find it wherever we look for it. It also allows us set fingerprint or face to access the app, adding an extra layer of security to the use of the application itself.