Ubuntu 21.04 Hirsute Hippo is now available: these are its news 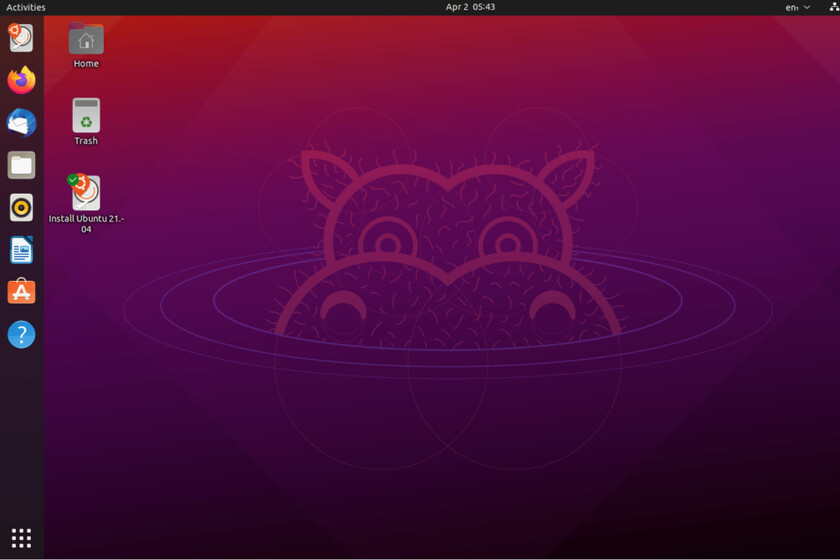 Canonical has just officially announced the release of Ubuntu 21.04 Hirsute Hippo, the new version of the popular Linux distribution is not exactly loaded with revolutionary news, but it does brings some big changes that improve the experience and make it worth updating.

Perhaps the most relevant novelty is that Wayland finally becomes the default graphical server. For Canonical this represents a huge leap in security, and they also explain that with the change, software such as Firefox, OBS Studio, or applications made with Electron and Flutter will be able to take advantage of Wayland automatically to offer smoother graphics. 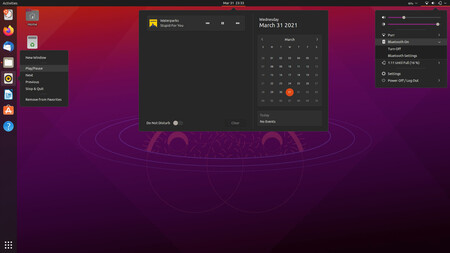 The new Ubuntu includes some new features in the visual section, such as a new dark theme with improvements in accessibility and navigation and new icons for the files.

It is nothing drastic, and the distro has not wanted to make the change to GNOME 40 either, precisely because the changes in the latest GNOME version are significant, and the Ubuntu team needs more time to evaluate them and decide which ones to apply to your distro.

Another notable change is that from now on the Home folder will be privateTherefore, if you create a new user in the system, they will not have access to the directory content without authorization. Some applications such as the LibreOffice office suite have also been updated to version 7.1, Firefox to version 87, and Thunderbird to version 78.8.1.

It has also been added Pipewire bracket, which ensures better audio for sandboxed applications and also restores support for screen recording in apps like Discord, Firefox, and OBS.

Ubuntu 21.04 uses the Linux kernel 5.11 and will have support for nine months, so if you are using Ubuntu 20.10, it is more than enough reason to update and you will also have a free hand because It is the recommended version to make the jump and update directly to the next version of extended support, that is, Ubuntu 21.10.

You will be able to download Ubuntu 21.04 throughout the day, as soon as the stable versions are updated on Canonical's servers.