thus they promise that it will facilitate mobility 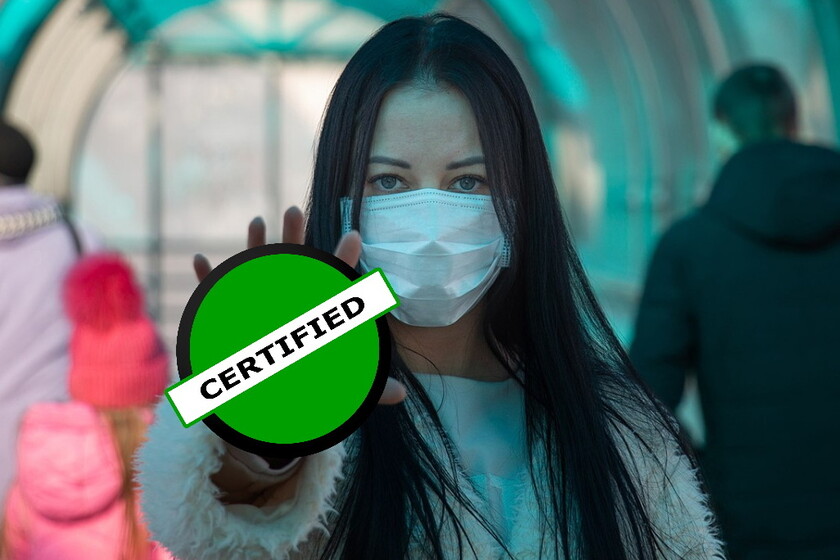 A month ago, we told you that the European Union finalized the implementation of the Digital Green Certificate -which in the previous months has also been called 'health passport'-, a QR code that will guarantee that its carrier is immunized against COVID19 (for having passed the disease or for having been vaccinated) or if, at least, you have a negative test result of coronavirus.

But, as much as the community institutions promoted this initiative, the most important part of its implementation remained to be known: the plans of the 27 national governments. And the Spanish Ministry of Health has already ruled on the matter.

Thus, the green certificate will be ready, according to the Executive's plans, in June, with the aim that it can be used to reactivate tourism for the summer season.

In the words of Alfredo González, Secretary General of Digital Health,

"It will be a simple and interoperable certificate, it will be free and universal, like vaccines."

It was stated in the press conference that our country has "the capacity to issue millions in a very short time, electronic and on paper"; an affirmation that does not guarantee anything, since the Ministry exercises a role of mere coordinator of the mechanism: in most cases, those ultimately responsible for its issuance will be the autonomous communities. 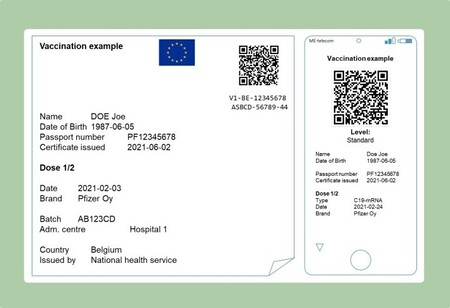 Preliminary example of the document submitted by the EU.

This will "facilitate movement"

Both González, now, and the spokespersons of the Commission, throughout this last month, have insisted actively and passively that We are not dealing with "a passport" because "it is not a prerequisite for travel", that "it is not discriminatory" and that it "does not limit the mobility of those who do not have it", since it only "facilitates the mobility of EU citizens" who do.

That means, for example, that

"a traveler who accredits a certificate in Spain, will not have to submit [...] to a quarantine, or a test at the airport. It will show its certificate, it will be validated, and the receiving state will verify that it has been issued by a member state, eliminating any risk of fraud or forgery. "

But what about Spaniards looking to travel to the rest of the EU? Where will the data that certify that we are not carriers of the virus be extracted?

Well three databases will be used for this:

Image | Based on original from vperemen.com (via Wikipedia)