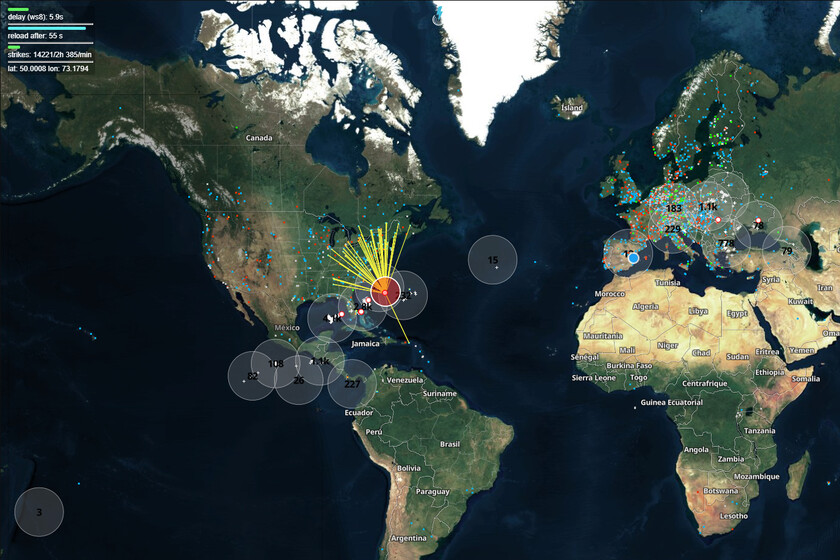 There was a time when the most exciting thing some of us wanted to do with a map on the internet, was looking for the blurry roof of our houses in Google Earth. Today the landscape is much more sophisticated, and we have access to things like maps of maritime traffic or air traffic around the world in real time.

Now, if you are one of those who are most interested in meteorological data, specifically the storms and lightning strikes the Earth every second, because there is a website for it and its name is Blitzortung.

A community project powered by OpenStreetMaps 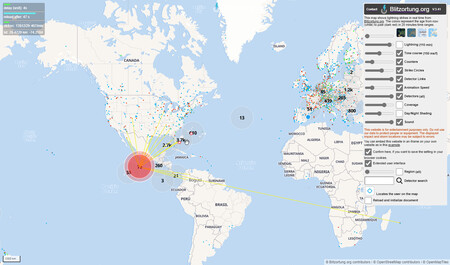 Blitzortung is not the only project of this style, but it is one of the largest and most famous. It has existed since 2003 and has a huge real-time lightning detection network that operates as a collaborative community on a global level.

The web has maps from all over the world, and a real-time version with an average delay of just seven seconds. It's absolutely great and has a huge amount of additional information that you can add as layers to the map.

The map has a lot of options and four different styles. You can adjust from the speed of animations when lightning is detected, to setting and removing counters, and increase or decrease the size of the circles indicating the impact, or turn the sound on or off.

Blitzortung too allows you to observe all the detectors that are part of the network and are scattered all over the world. It is a quite hypnotizing website and it gives you an idea of ​​the electrical activity around the planet almost at the same time that it is happening.

Mind you, the project always insists that they are not an official authority on lightning and storm data and that their purpose is only for entertainment. They also make it clear that they exist thanks to open source and a community. Blitzortung takes advantage of open tools like The Generic Mapping Tools, OpenStreetMap, and OpenMapTiles.