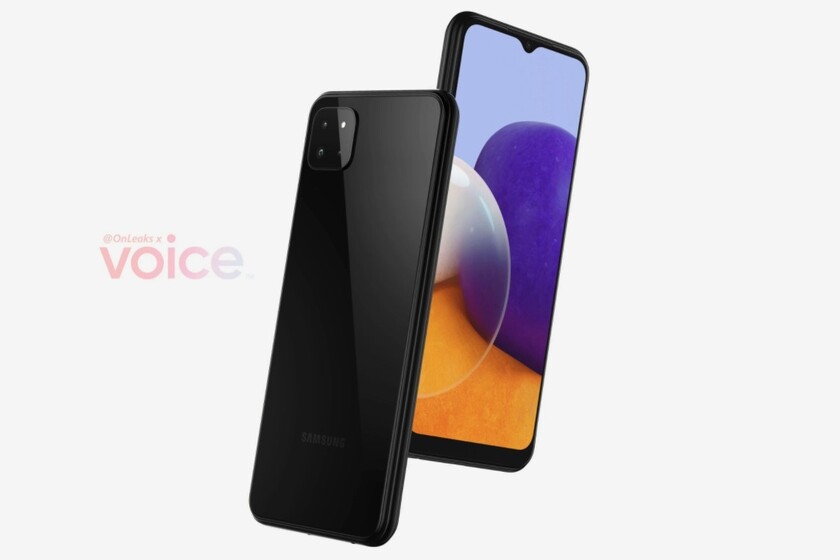 Samsung continues with the renewal of its mid-range catalog, mostly embedded in its Galaxy A series, and soon it will be the turn of the Galaxy A21 and Galaxy A21s that should give way to a Samsung Galaxy A22 5G of which we have been knowing some characteristics through leaks for some time.

But now it's different, now the renders For the press, the apparently official images of the terminal prior to its presentation to the general public. And these pictures show us some features in advance like your triple rear camera or the presence of the headphone jack. 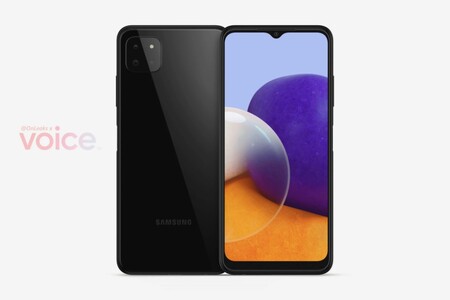 As we can see in the leaked images, the future Samsung Galaxy A22 5G would arrive with a notch in the form of a drop of water at the top to house the front camera (13 megapixels according to leaks), and would have a chin at the bottom of the screen as it is not a phone with a symmetrical design. This screen should be about 6.5 inches and arrive with HD + resolution.

In the images we can see that the phone would arrive with the fingerprint sensor located on the side, above the power button, and that we would have a headphone jack at the bottom sharing the frame with the USB Type-C port and the main speaker of the phone. Everything indicates that we will not have stereo speakers. 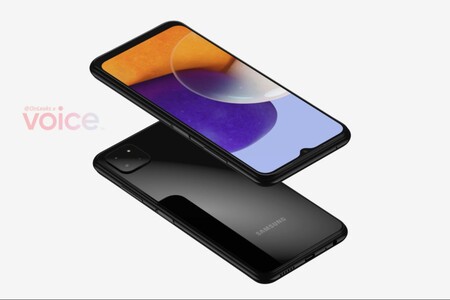 If everything happens as it has been known through leaks, this apparently glass-cased phone would arrive with a MediaTek chip from the Dimensity line, thus offering 5G connectivity as its own future name indicates. We will see how it differs in power from the Samsung Galaxy A32 5G that is already in circulation.