There are people who work with background music, but I do it with this live camera from a Dutch level crossing and it works for me. 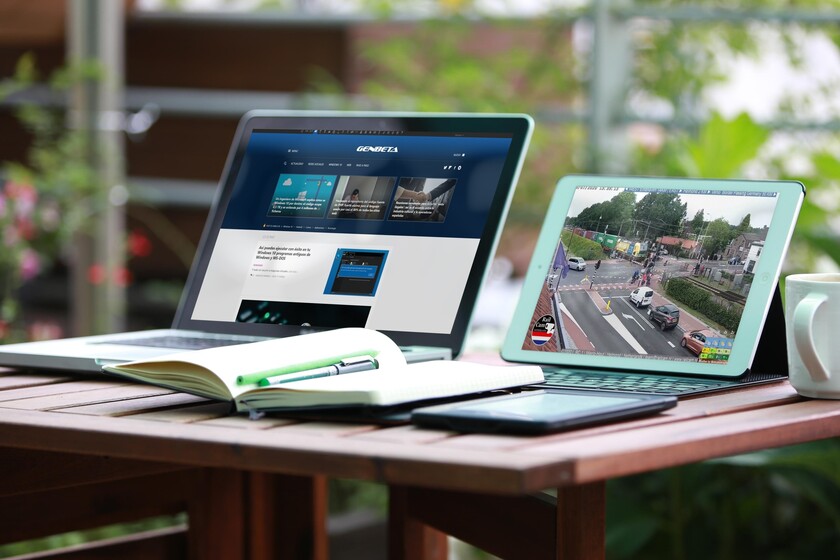 It is absolutely no rarity to find people working in offices with headphones on. Most of them listen to music of all kinds as a kind of boost to their productivity. It's a way to stay upbeat, active, and on the beat. Although to me, I confess, music - except classical - has never worked for me. It deconcentrates me, and according to various scientific studies, it actually deconcentrates almost everyone.

However, working from home, I realized that sometimes I needed a little close life beyond my own. What I see from my window is not a big deal and I felt that I needed to feel somehow connected to something.

It was during those times when I was looking for videos about trains, one of my hobbies, I discovered the live broadcast on YouTube of a level crossing of a town in the Netherlands. And since then, I often work with this background camera on a second screen when I don't need to use it or on an old iPad that I can't really use.

A connection to life out there

Since I teleworked alone, years ago, I have tried to accompany my days with music. It works for me when I am looking for topics or documentation, but not when I'm writing or developing ideas. And that's a problem. In those cases, at most, classical or relaxing music is good for me. Even jazz, but little else.

So, a long time ago, I started looking for alternatives. The relaxing sounds came to me phenomenal, some types of noise also although less and in the same way the websites like these in which we can put ourselves the atmosphere that we would experience in a busy cafeteria while outside it rains and thunders, for example. However, I needed more, and one day looking for videos about trains I came across the live broadcast of this level crossing by chance.

The direct one is from the RailCam Netherlands channel, which has about 34,000 subscribers, and the camera is located in the Mierlo-Hout district of Helmond in the south-east of the Netherlands. As we can see in the images of the live video and in Google Maps, what the camera shows is neither more nor less than an intersection between several streets, bike lanes and two railways.

The passing of the trains, the level crossing being activated, the cyclists drawing attention, the rain falling ... are some of the sounds and pictures that this live broadcast provides and that accompany me frequently during work

After years watching this broadcast, what we found is quite simple: the sound of vehicles coming and going, the bells of bicycles, the pigeons that regularly go to rest on the roof of the house, the rain so common in that area and, above all, the level crossing. From one moment to the next, the level crossing bell begins to ring, the traffic lights begin to flash, the vehicles stop and the gates lower. In seconds, a train or several passes. Usually commuter trains, which arrive or leave not very quickly from the Helmond 't Hout station, which is very close, and sometimes even other regional stations that circulate at high speed.

It is an everyday scene, with practically no distractions, which allows you to have a window open to another world on your desktop. To the life that is out there, even if it is not that of your neighborhood, but that of a small town located hundreds and hundreds of kilometers away. It helps me to concentrate and, at the same time, to be able to free my mind even for a few seconds every many minutesFor example, when I instinctively turn my head to see that a train is about to pass or a cyclist has just used the bell on his bicycle.