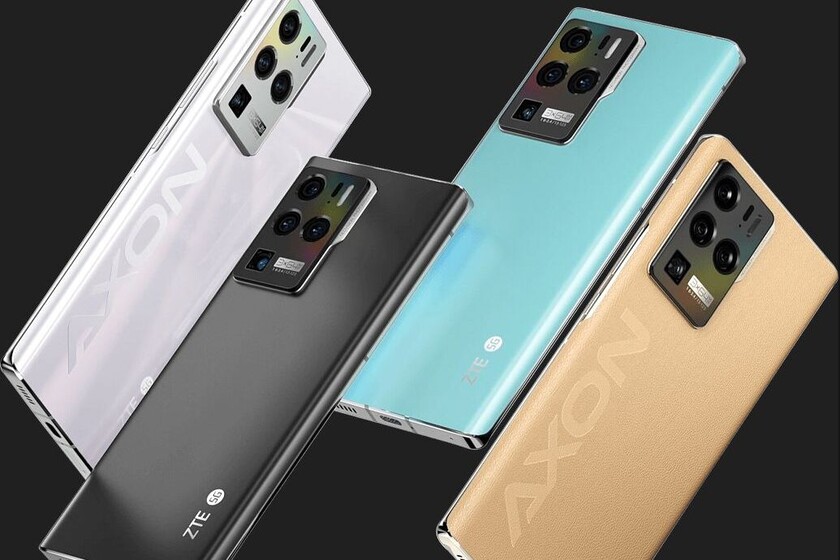 Despite the fact that ZTE has been able to lose some relevance in the West over the years, the Chinese manufacturer continues to build quite interesting phones in many ways and the proof of this is an Axon line that in its '30' generation it has already produced some models to consider, and it still has a big surprise in store for us.

ZTE prepares a new catalog leader, one with a surname that is starting to be used perhaps too much and that will be called ZTE Axon 30 Ultra. The definitive model within the Axon 30 line of the Chinese firm and that will bet not only on gross power but also on photographic power: three of its four rear sensors will have 64 megapixels.


Four cameras and 200 megapixels in total

The person responsible for the leak is none other than Evan Blass, a regular in the world of information that appears ahead of time, and in it shows us the almost complete design of the future ZTE Axon 30 Ultra and also the rear camera configuration that reveals a triple 64 megapixel sensor as well as an additional telephoto lens.

The phone appears filtered with very reduced and practically symmetrical frames, although it has a bit of a chin at the bottom of a screen that, from what it seems, is curved. We would talk about 6.67 inch AMOLED with refreshment of up to 144Hz, something that ZTE has already tested through Nubia, one of its brands, and specifically through the latest Red Magic 5G of its 'gaming' line.

With a Snapdragon 888 at the front, with Android 11, with MyOS 11 and with a 4,600 mAh battery with 66W fast charge, this ZTE Axon 30 Pro would also arrive with a rear four-camera rig, three of which would be 64 megapixels maximum resolution. We estimate that it would be a main sensor, one with a super wide-angle lens and another with an optical zoom, but we also found a fourth 8-megapixel camera, a periscope lens with an optical zoom of up to 5x. 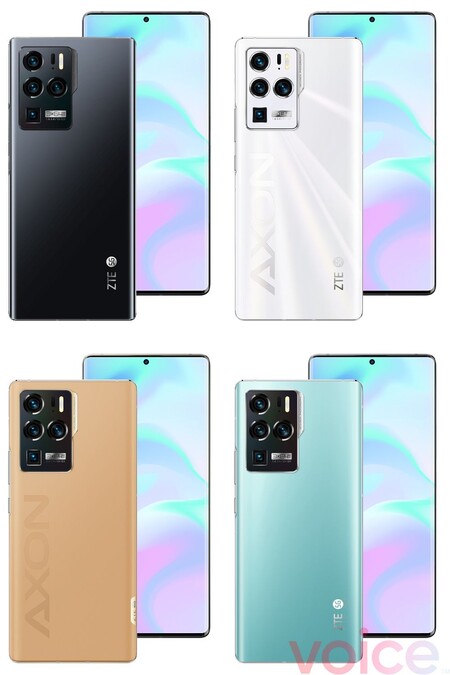 The phone should arrive in at least four colors (black, white, brown and green) and its release date remains in the shadows for now. From your processor we extract that it should arrive with 5G, WiFi 6E and some other internal improvement, but we will have to wait for the official presentation to know everything about this ZTE Axon 30 Ultra that has just been leaked.