The TCL Fold 'n Roll with its foldable and roll-up screen is both mobile, phablet and tablet 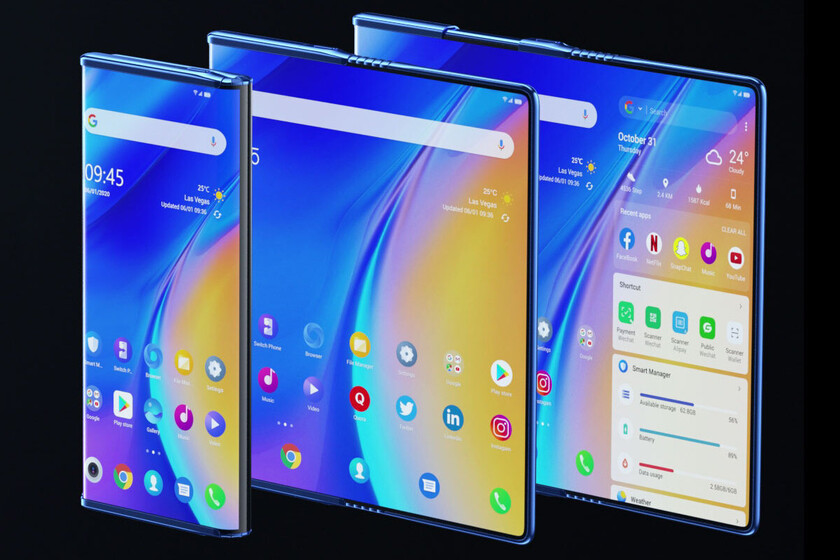 We have already seen a few folding phones like the Samsung Galaxy Z Fold 2 and some other mobile concept with a roll-up screen like LG's, but what we hadn't seen was both at the same time. That is precisely the TCL Fold 'n Roll, a concept of mobile with folding and roll-up screen.

In addition to presenting its new TCL 20 series terminals, the company has opened a window to what it is preparing for the future. This is how we meet the futuristic TCL Fold 'n Roll that has three different screen sizes, from 6.87 inches to 10 inches.

TCL has shown us what it has on its hands in terms of folding and rolling mobiles and the most curious thing is that both paths converge in the same device: the TCL Fold 'n Roll which, as its name suggests, has a screen that folds and extends.

On the one hand, the device integrates a hinge mechanism similar to that found in any other folding terminal, but the surprise comes because, in addition, in another point of its body the terminal can extend and retract to change the screen diagonal.

In this way, the TCL Fold n 'Roll harvests three forms for the same device: folded, with an aspect ratio similar to that of a mobile and 6.87 inch screen both in front and behind, and with a camera for selfies - with double perforation in some representations of the terminal, although in others there are no cameras on the screen - that double functions as the main camera with the terminal folded.

When unfolding the mobile, the aspect ratio is almost square and the terminal takes the form of a tablet with its 8.85 inch screen. Generally, the metamorphosis ends here in the folding terminals, but not in the TCL Fold 'n Roll, which can unroll the screen to reach 10 inches. 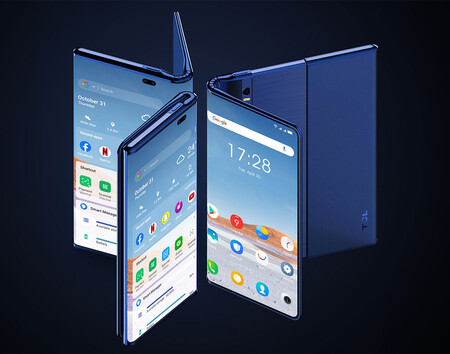 We thus have one device with three screen sizes and, presumably, a fair amount of engineering challenges ahead before it's ready for launch. This is the summary of the three available modes:

In some of the representations of the TCL Fold 'n Roll we can see that it would integrate its main chambers in the small strip between the hinge and the part where the screen extends, so that the terminal would have cameras pointed at the back at all times. However, as a concept, all this could change in the future, and it remains to be seen if it will eventually materialize.