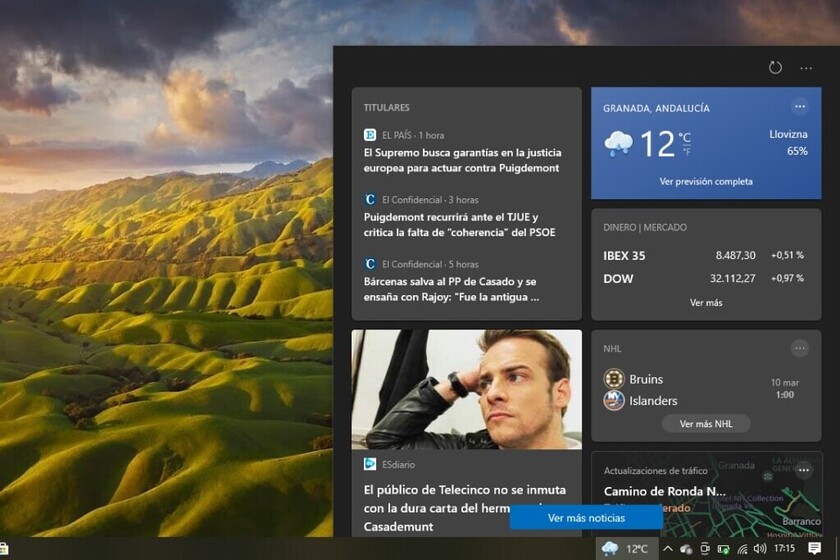 The widget with news, interests and taskbar weather hits versions insider 20H2 and Windows 10 2004. Microsoft has released new previews of version 20H2 and the upcoming 21H1 with this interesting novelty - in addition to the numerous bug fixes - which was released only a few weeks ago in a more limited way.

This interactive module that is gradually being rolled out in the development channels in the Windows Insider program supposes providing new functionalities to the taskbar, although at the cost of a considerable consumption of resources, according to our colleagues in Engadget Windows. A problem that they have surely worked on and are working on from Microsoft.

'News and interests' will not only reach the latest versions of Windows 10, but also the previous ones 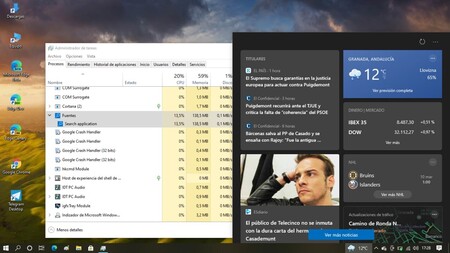 This new feature brings the weather forecast to the taskbar first. On the right side of it, next to the clock and the system icons, the symbol with the current time and temperature is shown without us having to do anything.

If we click, it appears the widget itself in which we can find a brief list of prominent headlines, a block with the current expanded meteorological information, another block on the stock market, others with outstanding news and one more on sports results, among others. Something similar to what we can see in the Microsoft News application of Windows 10.

In tests conducted in early March, using the function required up to 145MB of device memory and CPU consumption of up to 13.5%. Some data that in the tests went to zero if it was discontinued. It does not have to be the behavior you will have when the widget abandon the tests and be released for everyone, for this it is being tested with users insidersBut it does reveal that it can be somewhat demanding.

"News and interests on the taskbar makes it easy to stay up-to-date with information at a glance, "they say from Microsoft. expected for the big Windows 10 update this spring or fall, according to ZDNet, although with the rollout in previous versions these forecasts may be exceeded by a different release.