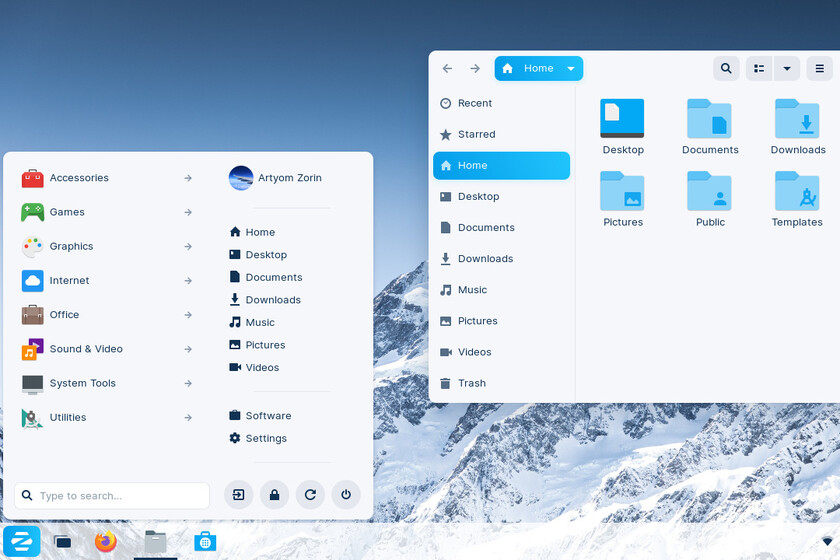 The first beta download of Zorin OS 16, the Linux distribution that has been offering one of the friendliest possible user interfaces for a few years for those users who come from Windows 10, but also from macOS.

Zorin OS is very well thought out for the average user or even the most novice, to be accessible and put everything within reach generating the least possible friction when someone is migrating from something like Windows or Mac.

From the outset the new design of Zorin OS 16 is quite attractive, they have even added dynamic wallpapers that change according to the time of day in the purest macOS style. Just look at the "start menu" and the file explorer to see that the first is very inspired by the Windows classic, while the second goes more the way of the macOS Finder.

But not only in appearance has Zorin OS improved, the team behind the distro says that now the distro is faster, more responsive and has better performance. Many optimizations have been made at the operating system level, from the kernel to the desktop environment.

Another very important and excellent novelty is that now Flathub is included in Zorin OS. From the software store you can now access all the apps available in the Flathub repository, that is, all the Flatpak out there, but you also have the Canonical Snap store catalog and everything in the Ubuntu repositories and Zorin himself.

This version also has a new informative tour to learn the most important things about using the distro, and many gestures have been optimized for those who use laptops, adding new multitouch gestures in the purest macOS style. Zorin OS 16 is based on Ubuntu 20.04 LTS so it will be supported until April 2015.

The stable version will be available in the coming months, but for now you can download the beta if you are interested in looking at the changes.