The best apps to identify songs on Android 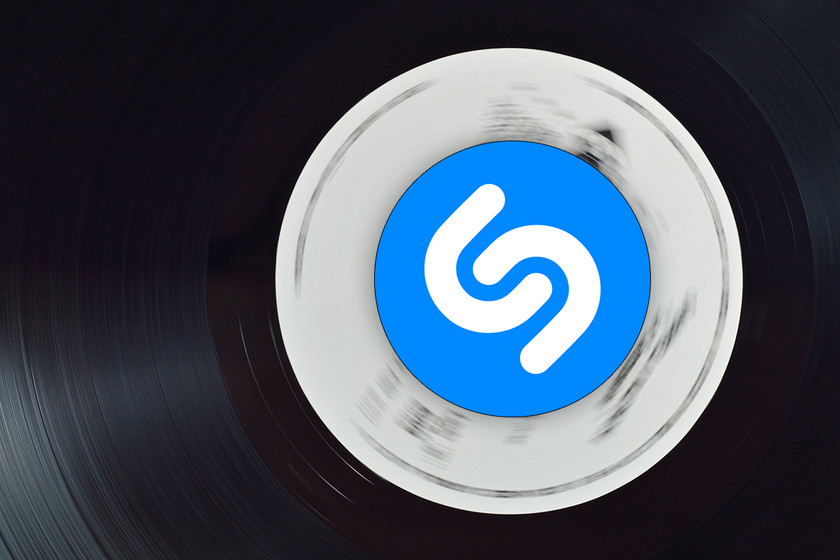 If you have ever heard a song that you like and you have been wanting to know its name, you will appreciate the existence of applications to recognize songs. With them, the mobile listens to the song and after a few seconds, if you are lucky, you have the name of the song and its author. 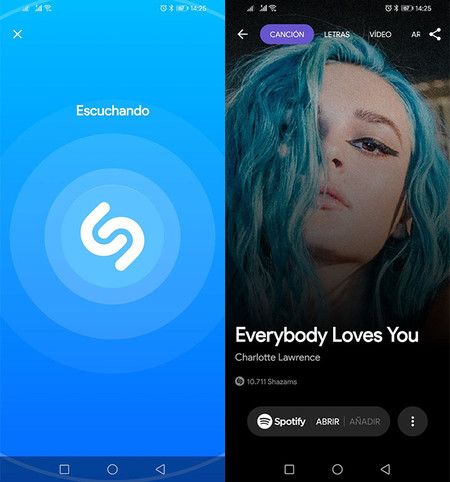 We start the list with the most popular song identifier app, Shazam. The application was bought by Apple a few years ago but fortunately its version for Android continues and, without publicity.

Shazam has been at music recognition for so many years that it includes some interesting additional features. For example, Auto Shazam mode keeps listening to all the music until you stop it, and it also has a floating button to identify songs faster. 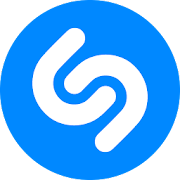 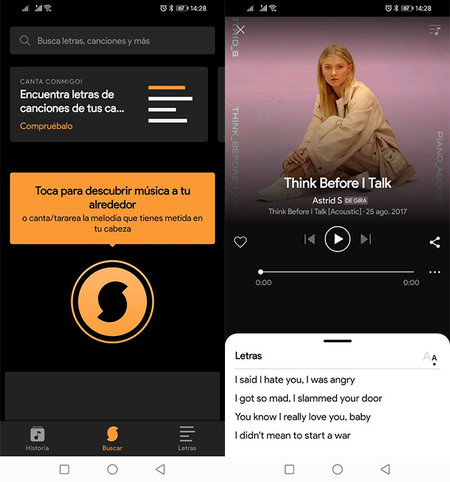 SoundHound is another song recognition heavyweight. It works in a similar way to Shazam, with the advantage that it is also prepared for you hum the song you're looking for (although the results will depend a lot on your precision humming skills).

In SoundHound you can not only capture songs, but also play them later with the help of YouTube or Spotify. In some cases you can also get the lyrics of the song that you were listening to. 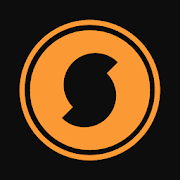 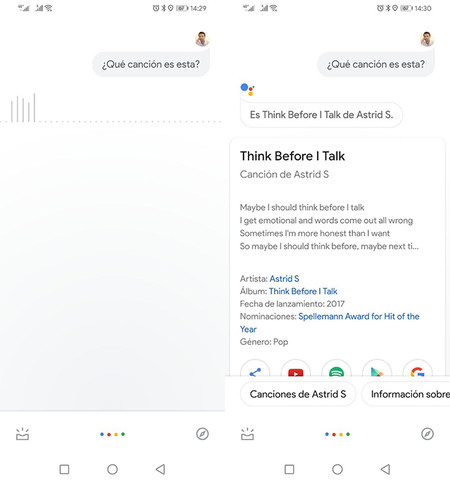 If you do not feel like installing any application for this task, you will always have the Google Assistant. If you touch the microphone button in the assistant and the application detects that there is background music, you will be offered the possibility to choose What song is this?.

Once this is done, the Google Assistant will listen for a while until, if you are lucky, it recognizes the song. It will then show you the result with information about the song and the singer, as well as related links to listen to the song in YouTube, Spotify and the like. 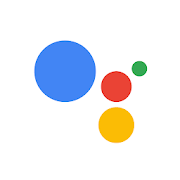 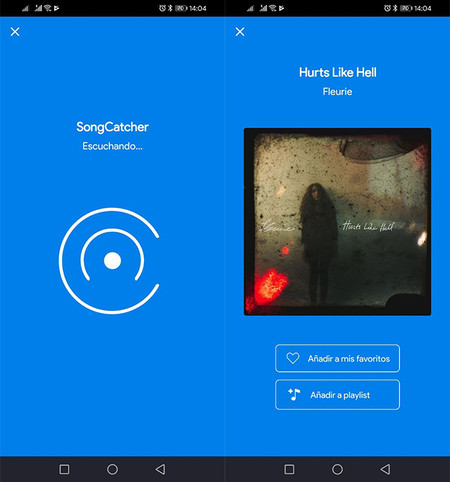 Deezer is a music streaming service that competes with Spotify, although it has something that, at the moment, is not present in Spotify: song recognition. Here it receives the proper name of Song catcher, although in Spanish it is named simply with What song is this?

The operation is quite simple: you touch what song is this and after a few seconds you will have the result. Interestingly, from the results you cannot play the song, although you can add it to favorites or to a playlist. 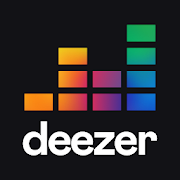 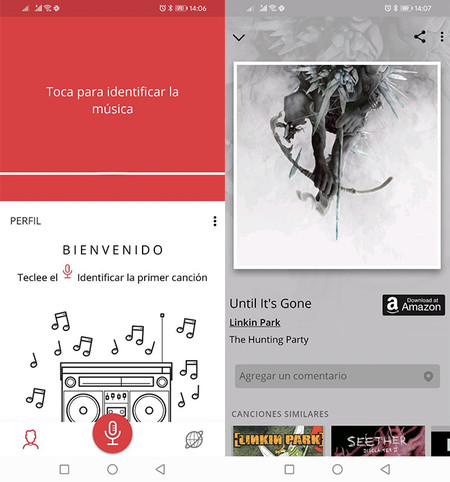 MusicID, not to be confused with Sony's TrackID, may he rest in peace, is a simpler app to identify music. It works relatively well, and after recognizing a song you will have some additional information and the ability to purchase the song on Amazon. 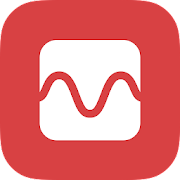 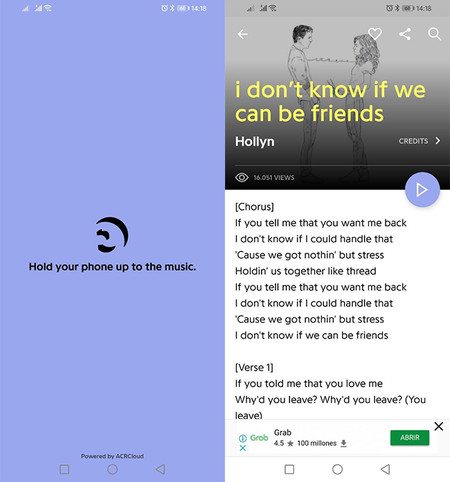 Genius is an application that focuses 100% on the lyrics of the songs, although it also has musical recognition thanks to ACRCloud. Recognition in itself is correct and has the advantage that, almost always, it will come hand in hand with the lyrics.

Genius song recognition focuses on finding the lyrics of the song, although the play button is included with which you can listen to the song in a little floating window. The list of songs you have searched up to then is not clearly saved. 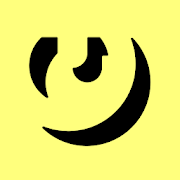 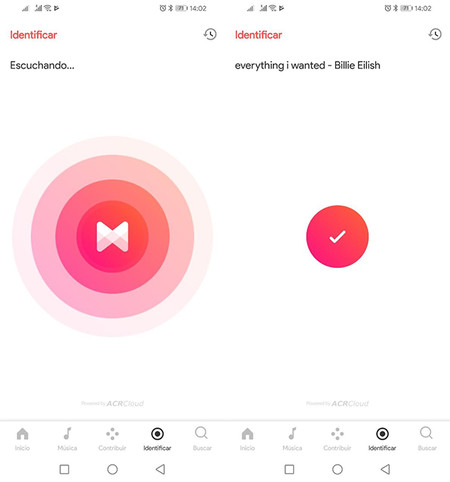 Another application very focused on the lyrics of the songs is MusixMatch, although doubles functions as a music player. Or triple, as it also helps you to identify songs from the Identify tab.

The identification of songs does not beat around the bush, with a button to identify and the result that will be displayed either as a text without more or with the lyrics -possibly synced to karaoke- of those songs that have in their archives. 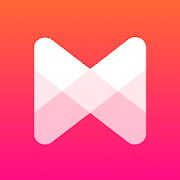 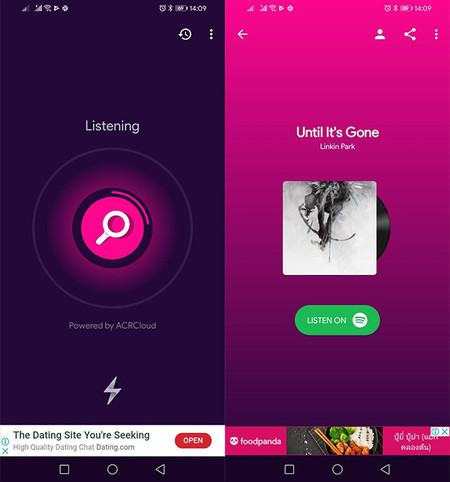 Music identifier -also known as BeatFind in English- is another simple application to recognize songs that uses ACRCloud technology. It is ideal if you are looking for an app that only identifies songs and nothing else.

The recognition process does not take more than a few seconds and then you will see the title, the author and a button to listen to the song on Spotify. You can check the songs you have identified before from his history. 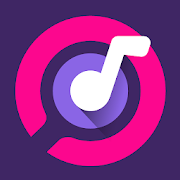