The battle against the Hell of Doom returns to Android with 'Mighty Doom', already in early access 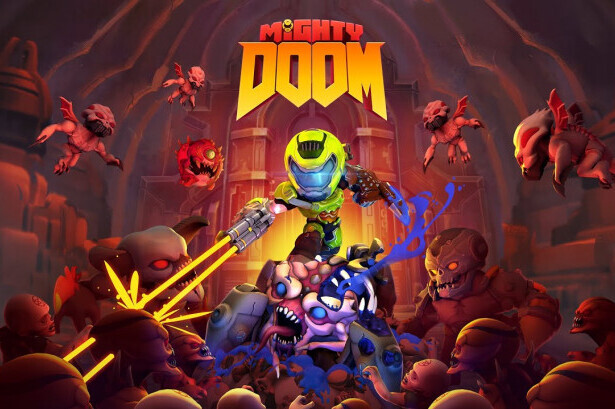 Doom was born in 1993 within ID Software and the creative minds of John Carmack and John Romero, when MS-DOS was the system that allowed the majority of games on the PC market to be run. It didn't take long to become an instant classic, although it was Doom II the title that catapulted him directly to stardom.

Since then, seven more games (not counting spin-offs) have truffled a saga that is, as its latest title indicates, eternal. Now, Doom is about to land on Android again with a new title from Bethesda. That title is none other than 'Mighty doom ' and it is already in the early access phase in New Zealand.


Free Doom, overhead and with purchases

Early Access is one of the last stages before the final release of any game to the rest of the world. Consists in a kind of soft launch that allows you to test the game beyond the beta and in a larger group of users, in order to be able to polish all the details and check the operation of maps, dynamics and all kinds of internal gears.

'Mighty Doom' is, as we have already said, in the early access phase and only a select few from New Zealand are being able to enjoy it at the moment, but we already have some information to put in our mouths while the game is released definitely. We know, for example, that 'Mighty Doom' it will be a free game.

'Mighty Doom' will offer light games in areas recognizable from other games in the Doom saga and that will allow players to enjoy it vertically. It will be the classic 'shooter' of a lifetime although now we will not play in the first person but rather we will have an overhead perspective that will offer a superior view of the map of each phase, being able to move through it shooting and killing all the enemies.

The new 'Mighty Doom', very "arcade" when it comes to receiving new types of weapons and when advancing through the map, will have various objects that will improve durability and other concepts. And yes, we will have final bosses to face at the end of each of the title maps. Everything indicates that it will be a free-to-play with purchases inside. We will see how influential these purchases are when it comes to being able to advance with ease through the title. We are waiting for it to be launched in more territories to be able to test it.