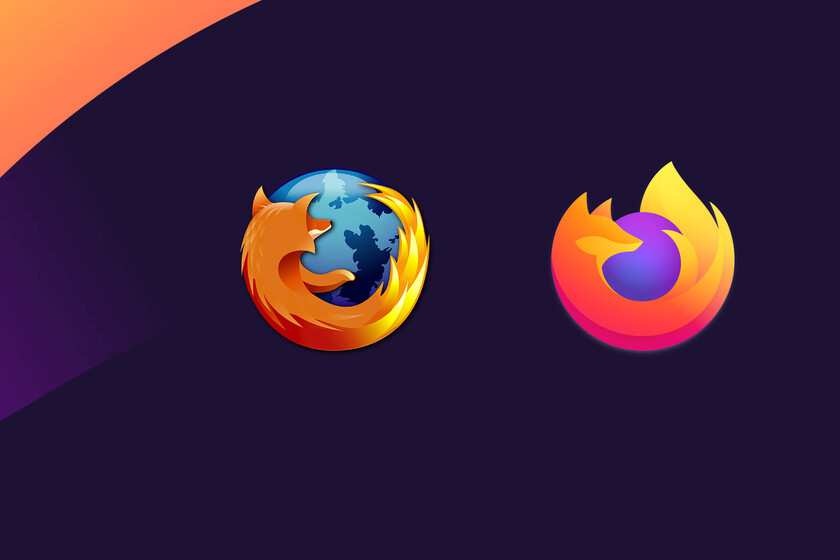 With Firefox there is a constant, and that is that every time a new version comes out, Mozilla always publishes it on its FTP server. Today I entered it after reading that the FTP support that still remains in Firefox will be completely gone in Firefox 90. And, in anticipation that the repository is probably still alive after the browser's goodbye to the old protocol, I have admired it (a one more time).

And I have done it because it is one of the few places on the Internet with such massive software that allows me not only to go back in time And remember what it was like to install Firefox 1.5 in 2005 when I was 13 years old (what time was that of the browsers when version numbers meant something), but, in fact, to be able to do it again today. Because Mozilla has in the repository absolutely every version of the browser it has released to date, including all operating systems and languages.

For those who want something similar in Chrome, this is the closest thing I have found, and it is not official or using old versions is that easy.

A return to the past that is useful far beyond nostalgia 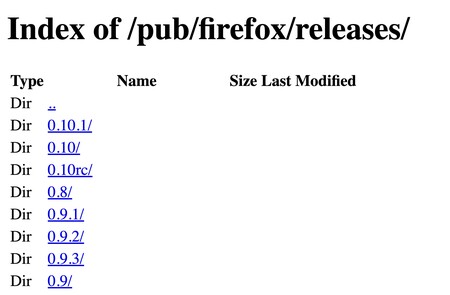 Entering a download FTP server like Mozilla's may seem archaic, but it is tremendously useful depending on the case and one of the great proofs of why the preservation of old software and the easy access to it is something very important beyond what a nostalgic of the software of two decades ago as I might think.

In Spain we have the perfect example of why it is so important to be able to access old versions of programs, something so difficult these days of app stores that update automatically without the possibility of going back. And we have it from the hand of Mozilla itself.

Firefox 68 was a version of the browser launched in July 2019 and released by Firefox 69 in September of that same year. However, in Spain many people had to resort to different methods to install Firefox 68 due to the National Currency and Stamp Factory (FNMT), which when trying to obtain a digital certificate read "Browser not supported, go back to version 68 of Firefox ".

The reason was that Firefox 69 stopped supporting an element of the HTML standard called "keygen" that facilitated the generation of keys. The FNMT took a year to launch the solution that made Firefox unnecessary. And thanks to being able to easily find an old version of Firefox again and to be able to install it on any operating system, the chaos of certificates in Spain was less than it could have been, in such an important year for telematic procedures.

In app stores this reality is dramatic 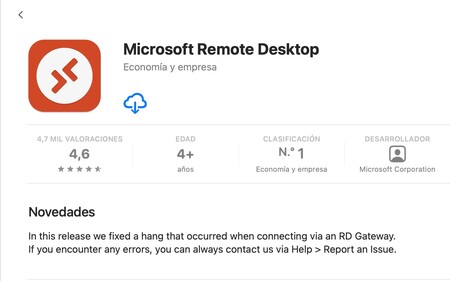 It was precisely in 2020, when helping a relative, when I realized how troublesome it is to rely on app stores for everything. For his work, they asked him for Microsoft Remote Desktop. And of course, on the computer at home, an old iMac from 2007 that was still working perfectly, he could not install it because Microsoft does not provide installers outside the Mac App Store.

In principle The Mac App Store has the ability to install older versions of the software when the system is not supported on the newer version (In the case of Remote Desktop, the minimum is macOS Mojave 10.14, and the maximum system supported by my family member's iMac was OS X 10.11 El Capitan). The fact is that despite having a more than capable computer to carry out this task, and there are versions of Remote Desktop running with that same version of the operating system, we could never use it for what we intended, and had to bring a computer from work. Just because an app store feature didn't work.

Y the same goes for iOS devices. In this system it is also offered to install an old version, but in many cases the installation fails. Therefore, it is best to save the .ipa installers (before it was done with iTunes) if you have an old device, because if you restore it and you cannot officially download the application from the App Store, you will be left forever without being able to take advantage of the previous game to a mobile or tablet.