Someone has created a vinyl with all the sounds of Windows 95: nostalgia maximum level 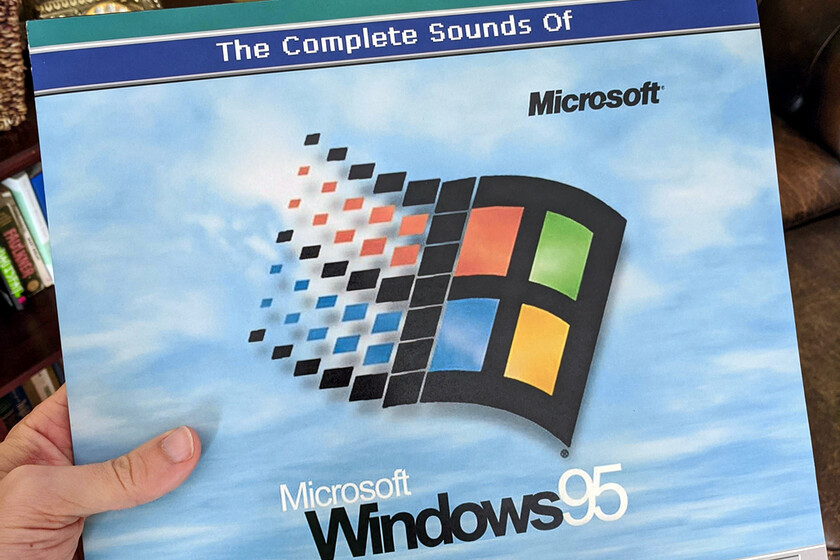 Now that we live in a world where everything is becoming more and more digital and intangible, (even "art"), it is no surprise that some of us who are doing a little older, we feel more and more nostalgia for physical formats, and one that has quite a following is vinyl, in fact it is the fastest growing market for recorded music in Spain.

In a deadly combination to travel back in time, Reddit user LegbootLegit has created his own version of the Windows 95 soundtrack on a 12 '' vinyl record, something that is quite funny when you see the little space that the sounds of the system recorded in those 30 cm of diameter occupy.

20 seconds of audio at 33⅓ revolutions per minute

In his Reddit thread, the creator of this nostalgia pack explains that he designed the album, sleeve, and cover himself and then had someone produce it for him using a lathe. Although I was concerned that the sound might be too weak, and I had read that some turntables have problems playing discs created using this method, it turned out very well in the end.

He has even left this link to a video so that we can listen to the huge five full tracks that Windows 95 included. In total there are only 20 seconds of recording, which on a 30-centimeter disc, takes up very little space.

"The only one really worth listening to is Microsoft Sound.wav, which was used at system startup in Windows 95"

But LegbootLegit has his favorite track: the Windows 95 login sound, the first track on vinyl, and perhaps one of the most iconic sounds in Windows history. Although its creator did this as a personal project, seeing all the interest the post generated on Reddit, I may make more copies and sell them. Those who are interested can send him a private message through that social network for more information.

This reminds me a bit of the story of the man who bought a WinRAR CD in the middle of 2021, obviously both cases are more about nostalgia and curiosity than about the practicality of the content in those formats.

Windows 95 sounds aren't the only ones with such committed fans, Windows XP even have their own a cappella versions sung by a group of Korean artists.