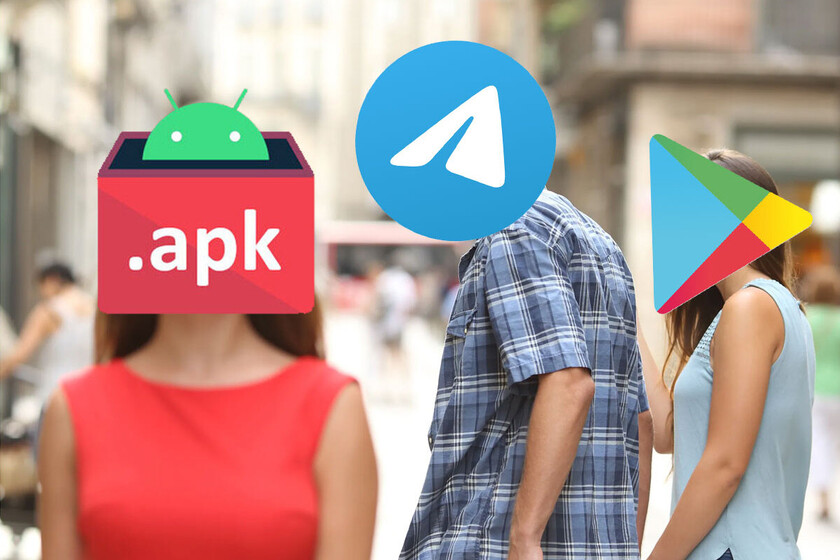 Telegram surprised us yesterday by splitting into two: the Google Play version and the APK version that can be downloaded from its website. Two flavors of the messaging application that, in principle, seem the same and arrive for be able to bypass Google restrictions.

Although today both versions are the same except for the small changes derived from the fact that the APK is a major subversion (version 7.7 versus 7.6) leaving the store means that Telegram can update its application without being accountable to Google. We tell you what the restrictions that could be skipped by Telegram with its new version. 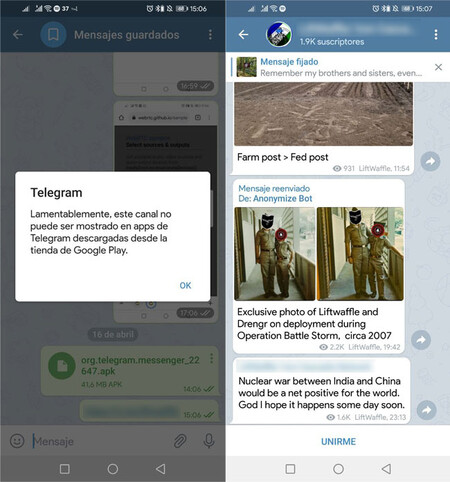 This is one of the confirmed restrictions skipping the APK version of Telegram. Outside of the Google store, you don't have to worry about adhering to Google Play's restricted content policies, including banning apps sexual content, hate speech, violence and terrorism.

To stay in the Google store, Telegram must moderate the channels with this type of content, although apparently said channels They are not removed, but are hidden from the Google Play version. They do not appear in searches and, if you enter with a direct link, the message "Unfortunately, this channel cannot be shown in Telegram apps downloaded from the Google Play store".

Although until now there was no alternative to access this content prohibited by Google -except using Telegram web or Telegram desktop- the APK of Telegram allows access to these channels that violate Google's requirements, but not Telegram's own. Telegram's terms of service prohibit only three things:

At the moment, Telegram does not have a payment system, but we were already anticipated at the end of last year that the service was seeking monetization and would incorporate some premium features. If at any time the payments arrive to Telegram, doing them directly will mean that Google will not keep between 15 and 30% of each transaction. 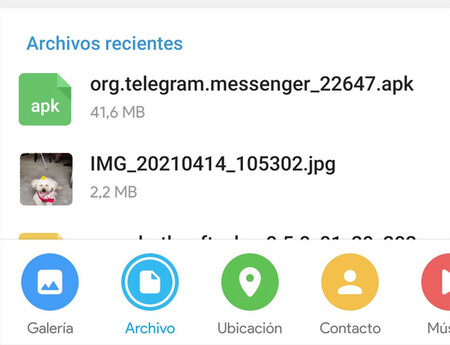 In the future, Google Play's Telegram could be forced to change the way it sends files other than photos or videos

Google is preparing the ground to limit access to all files to all applications that do not need them. The old permission to access the mobile storage will no longer be functional starting with Android 11, changing to the new "manage storage" permission.

In the transition period, Google is asking developers to explain the reasons why they need access to all files, allowing a number of exceptions: file managers, backup apps, antivirus, document editing apps, local search, encryption and migration. Telegram does not fall into any of these exceptions, therefore you could lose access to all files soon.

This does not mean that the future version of Telegram from Google Play will not allow you to send photos or videos easily (these types of elements are accessible by other means) but it does it could change the way other types of files are attached. The APK version, however, can simply ask for the new storage management permission, without having to explain to Google. 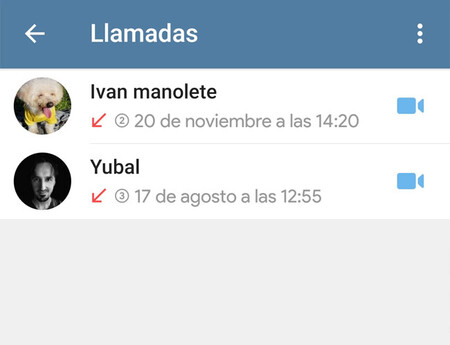 Other changes in the permissions that Google is enforcing in its store is the limitation of which applications have access to the call log and SMS. Technically, apps can continue to access as usual, but Google does not allow developers to use these permissions on Google Playunless they have a good reason for it.

This limitation is more relevant for call recording applications such as ACR, which in their version for Google Play are more limited, as they cannot know who is calling. While it doesn't seem like something that affects Telegram too much, with more and more voice features built into the app, be able to use this permission without giving explanations anyone could be an advantage of the APK. 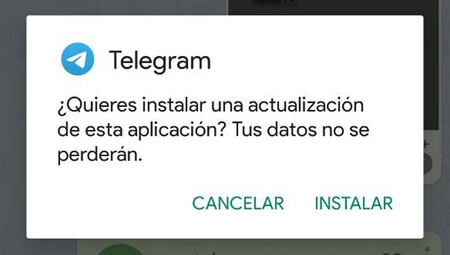 Google doesn't want there to be app stores within its app store, so prohibits an application from being used to install other applications. At the moment, Telegram has a single application - with multiple versions, yes - but in the event that in the future they create more applications, they could be installed directly from the APK version of Telegram.

At present it is already possible to install applications from Telegram, as long as you have an APK file in a chat or channel, although it is in a way a legal vacuum. Exiting the Google store assumes that Telegram could create your own app store.

Since last year, Google has posted a notice in the Google Play Developer Console that review times have been increased. While we do not know how long it takes for Telegram updates to arrive since they are uploaded to Google Play, direct update should be faster, lacking the intermediary.