sending files to four devices at the same time 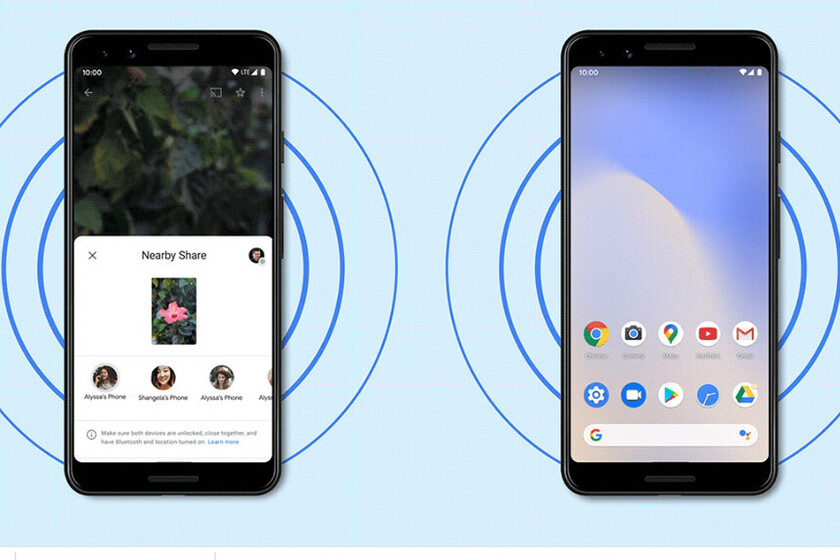 Last summer, Google officially announced 'Nearby Share' ('Share with Nearby' in Spanish), a new feature for share files between Android devices in a simple, fast and safe way. Come on, what many called "the Android AirDrop" for its great resemblance to the content delivery system proposed by Apple.

Until now, 'Nearby Share' only allows file sharing with a single device, but Goole has been working on an update for some time that will make it possible to sending these contents to various terminals at the same time. Well, XDA has already managed to run the group transfer to show us how it works.


Transfers to nearby contacts and devices

The XDA developers have analyzed the APK of the future version 21.15.12 of Google Play Services to force upcoming Nearby Share features, including group transfer to share files on multiple devices at once.

As we can see in the video, this new group transfer function will allow us to send files to a maximum of four devices close; in XDA they have used a Google Pixel 4 as emitter and an ASUS ROG Phone 5, a OnePlus 9 Pro and an LG Velvet as receivers.

In the images we can see that the shipment is not done all at once, but you have to manually accept the transfer to each terminal to be done one at a time. Hopefully the latter is corrected in the final version. 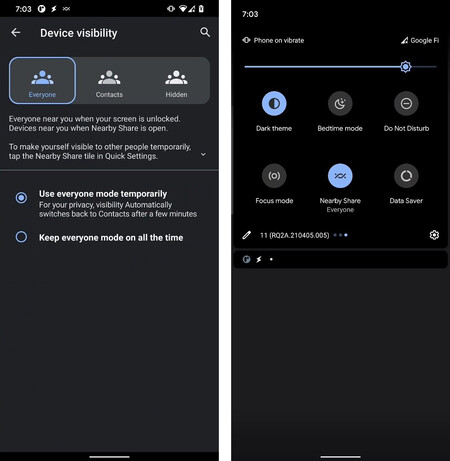 In addition, they have discovered an improvement in the visibility of the device so that we can not only share files with close contacts, but also with any device that is in close proximity. However, there is the option to "temporarily use everyone's mode" to better preserve our privacy. If it is not inconvenient for you, you can choose to "keep everyone's mode all the time".

Still no confirmation of when the update will be rolled out (and the APK does not confirm that it will), but considering that these new features already appear to be functional, it is likely that Google will not take long to officially announce it.